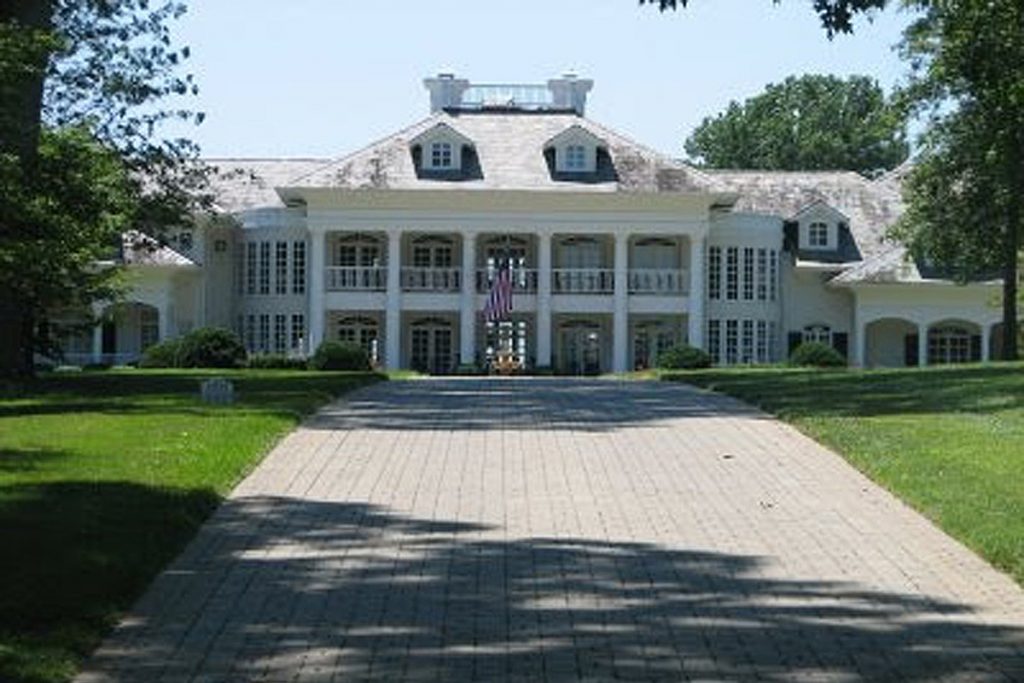 
Some of the most legendary country singers have taken advantage of their success to live in some pretty spectacular homes, but that doesn’t mean they’ve lost touch with their roots. Some of your favorite country stars celebrate their beginnings by living in gorgeous Southern-themed houses that look like something out of a movie.

One country couple who made the list of country stars who live in beautiful Southern-style houses took over an older property outside of Nashville that has a deep Southern history, and several of the most eye-catching homes on this list have a long and storied connection to the rich heritage of the region.

Several country icons lived large after their success, in vast mansions, while others chose a more rural setting and are living more simply in rustic, but still exceptionally beautiful and well-appointed homes.

One of the country legends who made our list built one of the most jaw-dropping celebrity mansions ever after achieving fame, basing the architecture for the stunning manor on the setting for an iconic film.

Scroll through below to see inside country singers’ most Southern-style homes.

Miranda Lambert enjoys the good life with her husband, Brendan McLoughlin, on a 400-acre farm in Tennessee. She reportedly paid $3.4 million for the property, which includes three residences, a lake with boathouse and a six-bay garage. The main residence is a beautiful farmhouse, and the side porch is the “Magic Porch” Lambert refers to in interviews where she does a lot of her writing. She and McLoughlin also got married on that porch.

George Jones was one of the most iconic country singers of all time, and he passed his later years in the kind of Southern splendor fans would expect from an all-time country music legend. He and his wife, Nancy, owned a spectacular Southern manor home in Franklin, Tenn., an affluent rural community outside of Nashville. The massive 9,704-square-foot, 4-bedroom, seven-and-a-half-bathroom mansion occupied 80 acres and included an oversized kitchen, a covered back porch area with a separate fireplace and a private barbershop. The mansion and 5 acres of land sold for $1.98 million in 2015, after Jones’ death.

Reba McEntire lived like a country queen in a Southern estate outside of Nashville. Her nearly 13,000-square-foot manor home included 83 acres and spectacular views of Old Hickory Lake. The luxurious Southern estate featured 7 bedrooms and bathrooms, a garage built for eight cars and a barn with five stalls. The property also had a full equestrian facility with 16 stalls, as well as a pool, tennis court, guest house, hot tub, spa, elevator and more. McEntire sold the spectacular property for $5 million in 2017 after her divorce.

Trisha Yearwood‘s former Nashville residence wasn’t the kind of jaw-droppingly enormous mansion that some stars have, but it was an exceptionally well-appointed manor with loads of Southern charm. The 5-bedroom, 6-bathroom, 6,553-square-foot residence featured a master suite with his-and-hers bathrooms, custom millwork, a sweeping grand staircase, multiple fireplaces, an eye-catching picture window in the den and more top-flight amenities.

Alan Jackson may be the winner of any contest about which country star has the most Southern home. Jackson’s 18,622-square-foot Southern mansion sat on 135 acres and took 23 months to build. The staggering home was modeled after Tara in Gone With the Wind, and the amenities included a formal dining room, a formal living room, a home office with maple floors, a spacious family room with 22 ft. ceilings, a gourmet kitchen with adjoining breakfast room and a glass-enclosed porch on the first floor. The second floor featured four bedroom suites, an exercise room and nanny quarters, while the third floor included a game room, home theater and a custom pub. Jackson and his wife Denise sold the massive Southern manor home in 2010 so they could downsize, fetching $28 million for the property.

Tim McGraw and Faith Hill‘s rustic Tennessee mansion is a piece of Southern history. The county couple’s 3,152-square-foot, 3-bedroom, 4-bathroom Southern manor outside of Nashville was built in 1800. The two-story, log-built home once belonged to Hank Williams, and it features a master suite with a fireplace and an eat-in kitchen. The house includes a total of six fireplaces and has been updated to include central air, and the nearly 500-acre property also includes a 12-stall stable, as well as a barn and a storage building, two caretaker homes, a restored log cabin and two guest houses.

Miley Cyrus owns an absolutely gorgeous farmhouse outside of Nashville that is country to the core. Her 6,800-square-foot rural estate sits on 33 rolling rural acres, and the interior of the home is dominated by hardwood floors, wooden beams and shiplap. A clawfoot tub and two wood-burning fireplaces complete the luxurious-yet-homey feel of the property, while an enormous wraparound porch is perfect for sitting and enjoying the natural splendor of rural Tennessee.

Okay, we know some of you right now are thinking, ‘Wait a minute … Reese Witherspoon isn’t a country singer.’ And while that’s technically true, the Tennessee native played the role of June Carter Cash in Walk the Line, for which she won an Oscar for Best Actress, and she did her own singing for the film. Witherspoon and her husband, Hollywood agent Jim Toth, own a 4-bedroom, 3 1/2-bath, 3,855-square-foot house in Nashville, not far from the Tennessee governor’s mansion. They have fully restored the historic Southern manor, which features a sweeping grand staircase, a paneled library and three separate fireplaces. The house sits on gorgeous grounds with amenities including a long driveway lined with rock walls, a pool, a guest house and a stream running through the middle of the property.