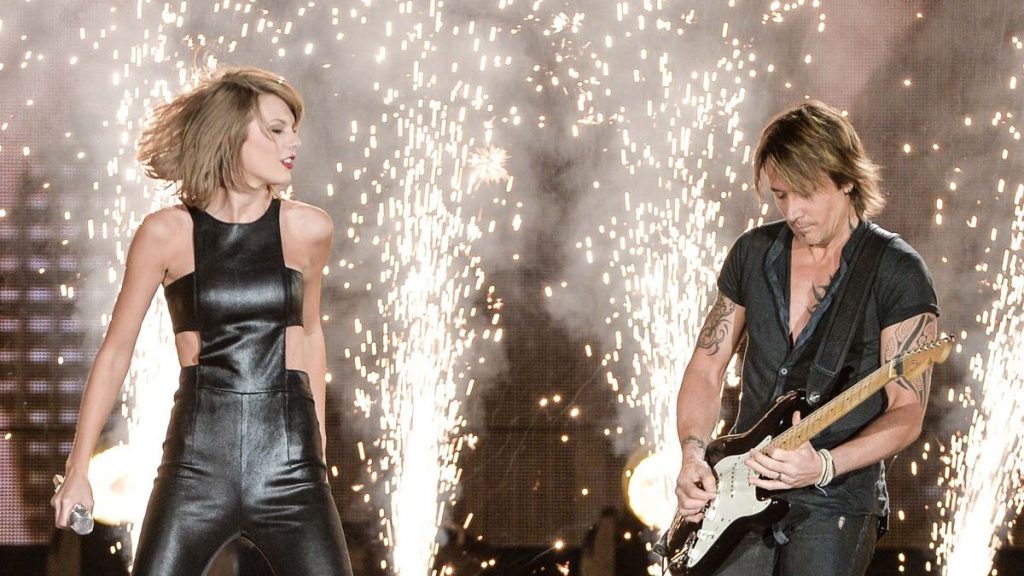 Taylor Swift just released her (kind of) new album, Fearless (Taylor’s Version), a faithful re-recording of her 2008 album which contained hits including “Love Story,” and “You Belong With Me.”

The album also features six “From the Vault” tracks, one of which is “That’s When,” a collaboration with Keith Urban.

Swift takes the lead on the first verse, as the song chronicles her hopes to reconcile with a boyfriend who treated her badly. Urban enters on the second verse and chorus, portraying a repentant lover, with each admitting that though they broke up, they still had feelings for each other.

I said “I Know,” when you said I did you wrong, Urban sings on the second verse. Then through the phone came your tears and I said leave those all in our past. Their voices intertwine on the following chorus as the couple finds a sunny reunion. Urban also offers harmonies on another “From the Vault” track, “We Were Happy.”

Before she ascended to headliner (and ultimately pop star status), Swift opened for Urban during his 2009 Escape Together tour, and later collaborated with Urban and Tim McGraw on the 2013 hit “Highway Don’t Care.” In 2015, Urban made a guest appearance on Swift’s headlining 1989 Tour, where the two collaborated on Urban’s hits “Somebody Like You” and “John Cougar, John Deere, John 3:16.” Following the release of Swift’s Lover album in 2019, Urban included a cover of the album’s title track during his performance at the Washington State Fair.

Urban isn’t the only superstar guest on the album. Maren Morris is featured on another of the “From the Vault” tracks, “You All Over Me.” Over the past year, in addition to re-recording older projects, Swift has steadily been releasing new music, including 2020’s Evermore and Folklore, the latter of which won a Grammy for Album of the Year.