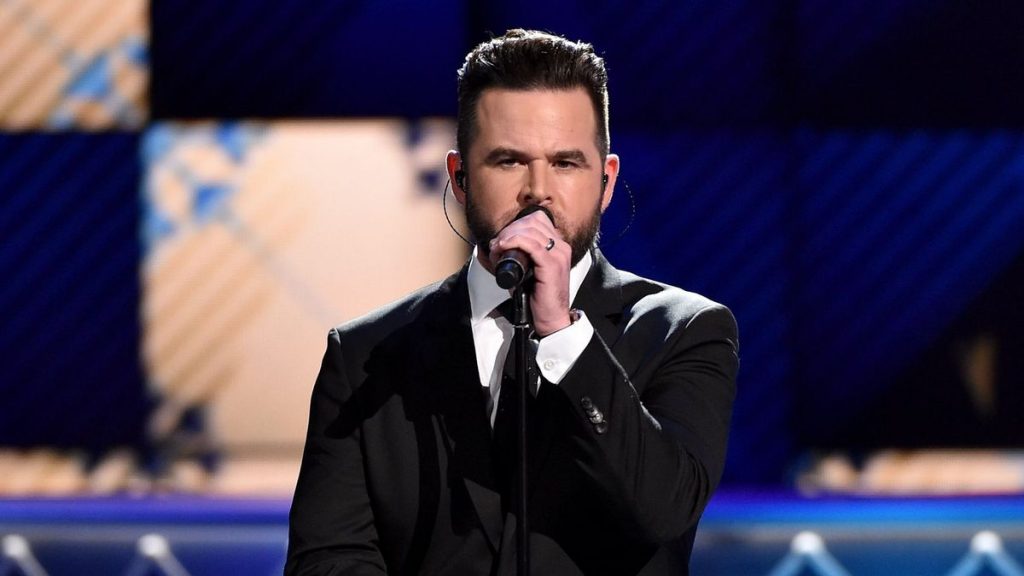 It’s safe to say that even with the turmoil the Covid-19 pandemic has created, David Nail has had a very productive quarantine.

Nail and his wife Catherine and their 5-year-old twins welcomed a baby girl Ellie in October. And now he’s welcoming some brand new songs, all of which he penned by himself.

That new EP Bootheel 2020 is out today (Dec. 11). It’s the first batch of songs from Nail since his autobiographical 2019 Oh, Mother EP and his 2018 Only This and Nothing More, a project that had him leaning more rock and less country with a band he fronted called the Well Ravens.

But the thing about Nail is — on this new EP or all the way back to his 2009 debut album I’m About to Come Alive — he doesn’t want to be labeled.

“Nowadays, the envelope has been pushed so far in so many directions,” Nail told me on the eve of his release. “And I never really was one to get caught up in, ’Is this country or is this not country?’ We’re so quick to need to find some way to describe something or compare it to something, instead of just listening.

“I feel like a country artist because that’s how I was raised and that’s how I write songs, but at end of day I just want somebody to say it’s great. And if someone is trying to figure out how to label it, chances are, it didn’t move them in the way I expected.”

Here are highlights from my conversation with Nail:

On the standout track “Back Home”
In essence, me and my hometown are married. Through thick and thin, no matter where I go or what I do or how long I live in Tennessee, it’s like it’s always pulling me back home stronger. I looked at Catherine one day and said, ’I wondered where I would want to be laid to rest one day, and I think I wrote this song as kind of the answer.’ I have an incredible love affair with Kennett, Missouri, with where I grew up and how I grow up. It still plays a role in my life now. And when I listen to ’Back Home,’ it takes me back to the first moments I ever sang and the first time when I had my father as my first accompanist.”

On writing without co-writers
“(Producer) Frank Liddell felt it was important for me to write by myself. To write without that crutch of having someone in the room to help you out. And I just felt super inspired toward the end of last year — whereas normally I’m usually burned out and the last thing I want to do is think about writing a song and I just want to disappear — but it felt like in 2019 we had worked the perfect amount. And I think that that left that burning desire in me. So my goal was to put out four EPs in 2020. Literally one every quarter.”

On what happened to his plans when life got in the way
“So I started 2020 by writing by myself, with the goal of putting this out in March. Then by February I realized March wasn’t gonna happen. And by March I realized the rest of the year might not happen. A lot of my guys were adamant about staying home and I got so discouraged. It became a waiting game, and that classic case of feeling sorry for yourself instead of saying, ’Well I’m gonna be even more creative with all this time on my hands.’ I knew I couldn’t be as ambitious as I’d planned.”

On bringing his son Lawson in on the process
“As long as it feels organic to me, then that’s what I’m gonna do. I felt that calling to gravitate back to my comfort zone of country. So when Lawson does a little speaking part in the beginning of the EP, he introduces it and it’s such a sweet moment, and then closing it with full circle moment.”

On why there’s no title track, yet
“’Bootheel’ is a song that is super bluegrassy. It came out in the middle of the night. It’s ironic, though, because everything else on this EP sounds so different, so ’Bootheel’ didn’t make the cut. If the song ’Bootheel’ comes out it will be on my Bootheel 2021 EP. Which will be more upbeat, happy and positive. Everything happens for a reason.”

On the allure of making bluegrass music
“I learned from the Well Ravens EP that if you trust yourself in the moment, and the sound is something you dig, that forces your gut instinct to come out. Some of the stuff that I was most exited about was some bluegrass stuff. The feel of it was very earthy and very acoustic driven, so I’d envisioned my guitar player being part of that. I was hellbent on exploring things that weren’t piano driven.”