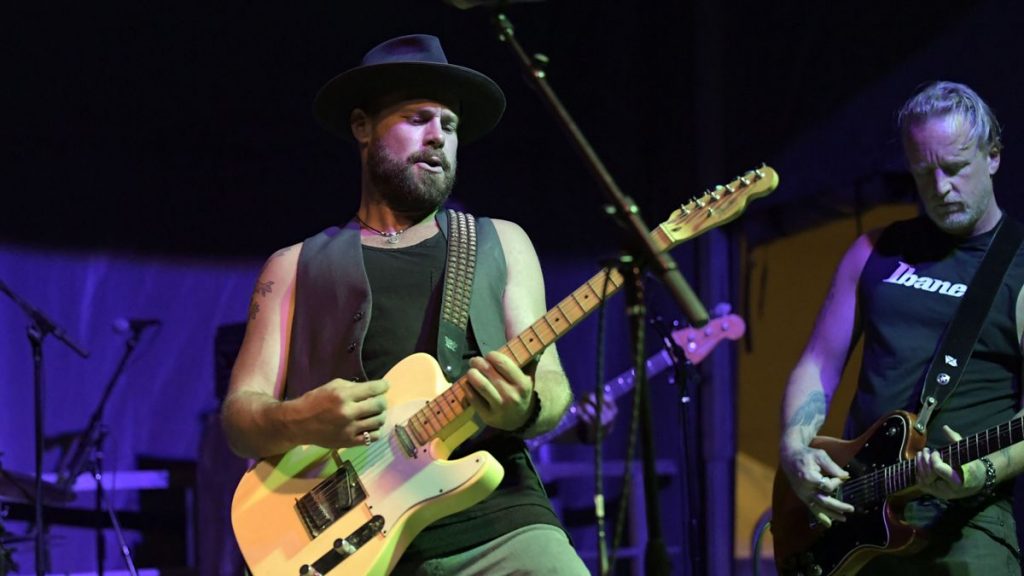 With Valentine’s Day almost here — only eight days away — we have found a perfectly romantic love song for Feb. 14. It’s from singer-songwriter Lewis Brice, Lee’s brother and also the grief-stricken star of his brother’s “I Drive Your Truck” video.

Here’s what he told us about “It’s You”:

“’It’s You’ is my new single that I wrote with Ben Simonetti and Niko Moon, it is a really poetic love song. The day we got together to write, even though we didn’t plan on writing a love song,” Brice told CMT, “we were just all in the same state of mind to write about love and all the feelings that come with being in love.

“We finished a couple of songs that day, including ’It’s You,’ which ended up being just a perfect Valentine’s Day song.”

He said that his favorite line in the song is the bridge. “It breaks the song up a little and it’s kinda poetic. The lyrics are ’Just like blue on the sea, our love won’t fade. It’s evergreen.’”

Brice has written songs with Simonetti before, but it was his first write with Moon.

“I really enjoy working with Ben and his vibe and musical sense he brings. We came away with a couple of songs the day Ben, Niko, and myself got together, and one of those songs was ’It’s You.’ Niko is another incredible talent in the writer’s room and as an artist,” he said. “His charisma really fills the room.”

Brice’s own plans for Valentine’s Day sound just as romantic as the song: he is taking his girl, Denelle, out to Two Ten Jack in East Nashville, complete with chocolate covered strawberries and rosé.

This next year will be full of a big country rock sound with southern roots, Brice said, and he plans on sharing that new music with his fans.