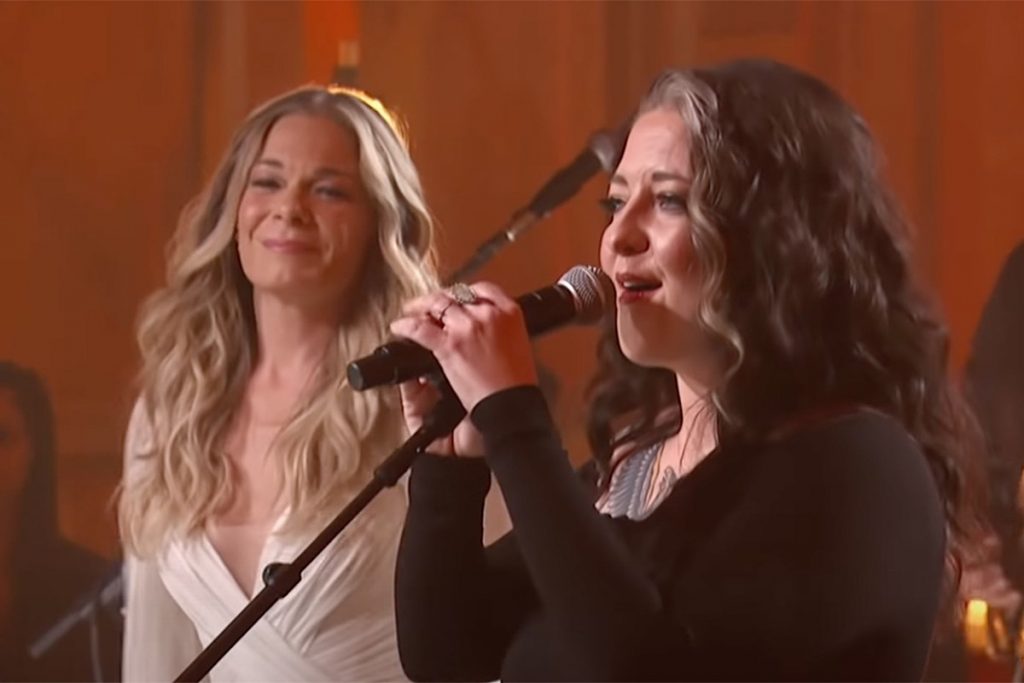 
LeAnn Rimes was joined by Ashley McBryde, Carly Pearce, Mickey Guyton and Brandy Clark on an episode of CMT Crossroads on Thursday night (April 14). The singers joined Rimes to honor her storied career, and each artist performed one of Rimes’ hits with her.

In an especially spirited performance, McBryde joined Rimes for her 2007 single, “Nothin’ Better to Do.” Before McBryde joined the stage, however, Rimes gave a nod to her first-ever single, “Blue,” which she released in 1996. Rimes sang the first verse of the classic country-influenced song while lonely guitar accompanied her. After belting out a verse of the heartbreak tune, the band turned up the tempo and transitioned to the sassy “Nothin’ Better to Do.”

McBryde came to the stage to kick off the raucous tune, singing the first verse about a wild, youthful summer day. Rimes then continued into the second verse, and the two joined together for the chorus and the rest of the song. The artists showcased their strong voices throughout the performances while the band provided upbeat instrumentation.

Other CMT Crossroads: LeAnn Rimes & Friends performances include Pearce and McBryde singing “One Way Ticket (Because I Can),” Pearce collaborating with Rimes on “Probably Wouldn’t Be This Way,” Guyton performing “I Need You” with Rimes, and Clark singing “Swingin'” with the singer.

The Crossroads performance comes one week after Rimes announced her new studio album, God’s Work, which is due out on Sept. 16. The project features 12 tracks, including collaborations with Guyton, Ziggy Marley, Aloe Blacc and more. Rimes will also set off on her The Story…So Far Tour on May 13 in Mashantucket, Conn. It will run through July 24, when it wraps up in San Francisco, Calif.

The Best Country Singer From Every State

Some states, like Oklahoma and Texas, are loaded with famous country singers. Others, like Nevada and Maine, are still looking for a real breakthrough artist. See the best and most successful country music artist from all 50 states, starting with Hank Williams and Alabama.