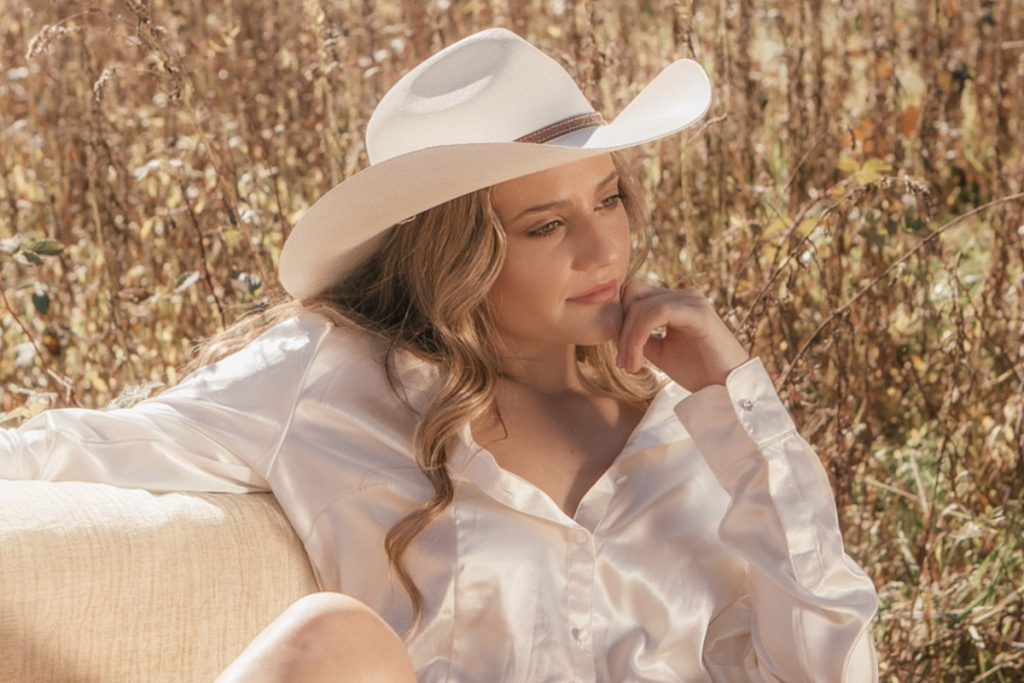 
Viral sensation Leah Marie Mason was on top of the world. The former American Idol hopeful turned TikTok powerhouse had just finished the music video for the brand-new duet version of her wildly successful debut single “Far Boy,” and she couldn’t have been more thrilled with it. But she wanted one more honest opinion.

So, she sent it to her grandma.

“My grandma literally had tears in her eyes,” recalls Mason with a laugh during a recent interview with Taste of Country. “She was like, ‘I was so mad at him. Why did he hurt you?’ And I was like, ‘Grandma, it’s not real.’ My acting skills must have been pretty good.”

Premiering exclusively on Taste of Country, the music video for her addictive viral hit follows an all-too-familiar storyline of love gained and love lost, with Mason and fellow TikTok sensation Austin Burke playing the starring roles.

“Austin is the boy contemplating about the type of man that he is and the way that he’s treated me in the past,” Mason explains. ”The way he treated me led him down a bad path. The video shows us when we’re happy and in love, and then you see it all kind of go south. It’s really beautiful. The videographer did an amazing job.”

The downpour featured in the video was anything but planned.

“We wanted to film on the pier, and it just started downpouring, and we just went with it,” Mason says with a laugh. “There’s these white ducks, too, in front of me. I mean, you couldn’t plan it any better.”

A native of North Carolina, Mason grew up with drum beats and rock music pumping through her childhood home. As a young teen, she made her way into a ’70s rock band, where she spent her time singing the classics of Led Zeppelin and Heart. Eventually, Mason moved on from the rock scene to be a part of an acoustic duo, where she began to notice her heart stirring for country music.

She had to find her way to Nashville.

Mason did just that, transferring from the acclaimed Berklee College of Music to the equally renowned Belmont University in Nashville. That is, until COVID-19 hit, and Mason returned home without much of a personal or professional plan. But once the pandemic began to clear, Mason returned to Nashville, and she had only one thing on her mind.

She needed to release new music.

That new music ended up being the viral hit “Far Boy,” an instantly relatable hit in the making that has gotten more than 13 million views on TikTok to date.

“That video kind of skyrocketed everything after that,” Mason remembers of the song, which played over a TikTok video captioned, “I called my ex to hang out so he could listen to this song I wrote about him.”

“I’m signed now and I’m working on some amazing projects with great people,” she adds. “It has been a crazy ride since February.”

That ride looks to become even crazier as more people get a listen to the song, which she co-wrote with Kelsey Lamb, Royale Lynn and Kaylin Roberson.

“It’s not a sad song, it’s more of an empowering song,” Mason explains. “Like, I got away and it’s for the better. It’s like, ‘I know you’re not treating your next girl good either. So, I’m better off that we’re not with each other.”

It’s a story many will relate to, and a story that Mason wants to tell over and over again as she grows in her country music career.

“I knew this song had more life in it, past TikTok,” she concludes. “I wanted it to live its full life because I believe in the song so much and I’ve had so much support on it. We all poured our heart and soul into this project and it’s kind of how I broke into this world. So, I didn’t want to just walk away from the song. I wanted to forever know that I gave it the place it deserved.”

Our team has sourced fans to create 10 superlatives for this mid-year version of the year-end songs list. Best Country Tearjerker? Best Country Baby-Maker? Best Country Breakup Song of 2021? Keith Urban, Carly Pearce, Chris Bandi and more help make up this portion of the Top Country Songs list while hitmakers like Thomas Rhett and Little Big Town lead the 10 best songs portion.
Did your favorite song of 2021 make this list? To be considered, the song must have been released in 2021 or have actively charted for a portion of the year (see “Wine, Beer, Whiskey”). New artists includiong Lainey Wilson, Breland and Triston Marez crack the Top 10. Let us know your favorite song of 2021 at Twitter or email, at staff@tasteofcountry.com.