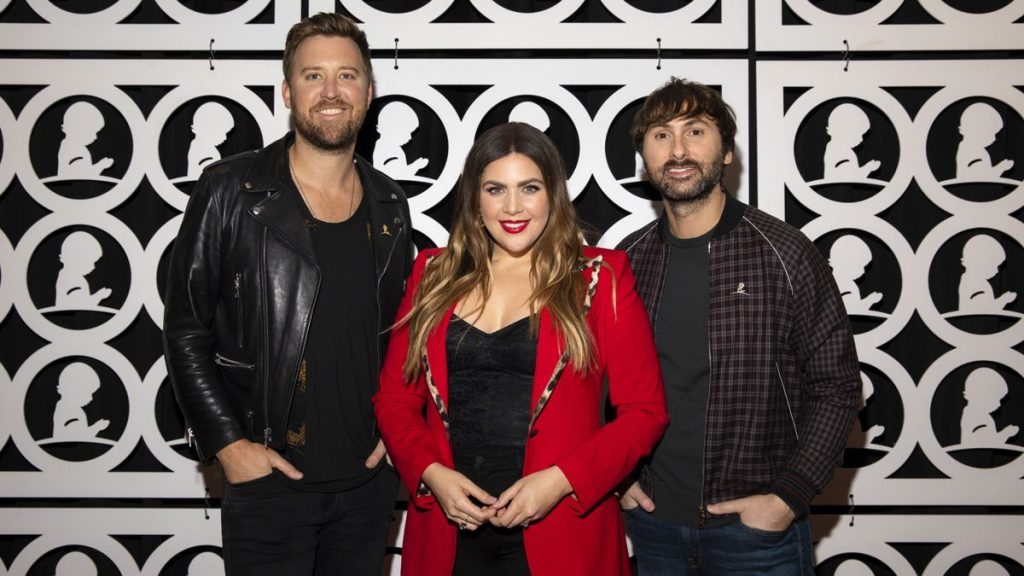 Lady Antebellum Are Officially the Angels Among Us

At the beginning of every year, for the past three decades, St. Jude Children’s Research Hospital gathers country music’s insiders and artists to celebrate the Country Cares fundraising campaign.

So the iconic Peabody in Memphis hosts hundreds at meetings, sessions, cocktails, dinners and tours of the highly revered hospital.

And this year, Lady Antebellum was there on the first official night (Jan. 17) of the seminar. They were there to sing, but also to accept the highly coveted Randy Owen Angels Among Us award. It’s the one reserved for people with an exceptional dedication to St. Jude.

The country trio — Hillary Scott, Charles Kelley and Dave Haywood — took the stage to accept the award and share their gratitude with the music insiders in the Grand Ballroom at the Peabody.

Scott was the first to share how good it felt to receive such an important award.

“Thank you so much. We are honored. We feel so blessed to be a part of the country music community, where philanthropy and giving back is the priority,” Scott said. “We were all in our early 20s when we started as a band. And the expectation of artists — no matter your level of success — to be involved in the radiothons and hospital visits and fundraising shows, they help sculpt our hearts to use our platform for more than just the sounds of a sold-out show or albums sales.”

Scott went on to share how unforgettable the band’s first hospital tour was a decade ago. “We’ll never forget the first time we toured St. Jude. I don’t think anyone does,” she said. “It’s been over ten years since that visit, and the incredible work they do has taken on such a deeper meaning for us because of the six little kids we have between us.

“We appreciate this award because as parents, it gives us the opportunity to engage in a conversation with our children as they grow up about the importance of giving back and serving others, and using your platform for good. We pray that it fosters a giving heart in them as they grow up. We’re humbled by this award, and we will not sit idly by in our efforts to continue to help St. Jude. Being recognized like this truly lights a bigger fire under us to do more, because there is still so much more to be done.”

Kelley added to Scott’s remarks with his own trip down memory lane, to the first time he saw Owen, Alabama’s frontman and the co-founder of the Country Cares campaign.

“Our first visit here was a little over ten years ago, and I remember seeing Randy Owen walking around and being so awestruck. What struck me the most tonight was watching the red carpet and seeing all these newer artists coming in. I remember when we were the newer artists coming in. No one really knew who we were at the time,” Kelley said, “and this is so important for them to see. We learned from all of our heroes before that this is important.

“I hope when y’all become superstars that you keep waving this flag for St. Jude.”

The trio stayed on stage to share a few of the songs from their vast catalog, starting with their first No. 1 song, “I Run to You” from 2009 and closing with their latest No. 1, “What If I Never Get Over You.”

And nestled between those two hits was the song that will likely be Lady Antebellum’s next No. 1. It’s their next single off their Ocean album. It’s called “What I’m Leaving For.”

“This song really describes exactly where we’re at in our lives. We have six kids between the three of us — I have half of those — so we fell in love with this song right away,” Scott explained. “It’s about that pull, and just how hard it is when we have to leave our kids at home. But we also want to teach them to chase after their dreams, and to go after those dreams with everything they have. And to do what they’re called to do.”

Just like their parents have done and continue to do with their dedicated and charitable hearts.