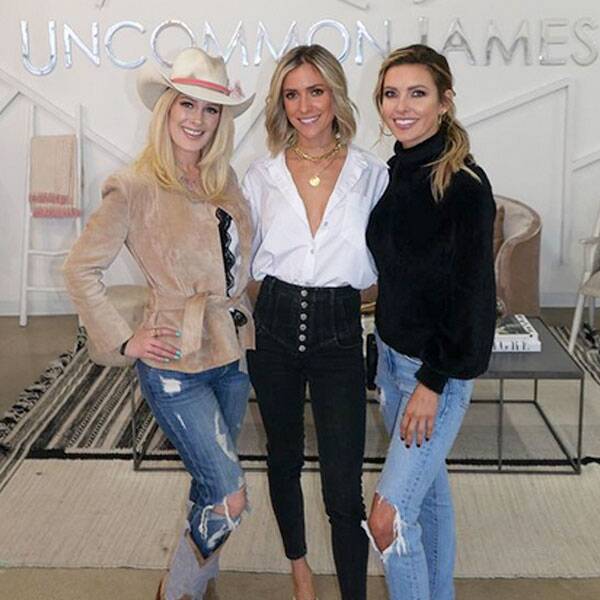 Kristin Cavallari Reunites With The Hills Co-Stars in Nashville

The rest is still unwritten for Kristin Cavallari, Heidi Montag and Audrina Patridge!

A small The Hills reunion occurred in Nashville on Monday as Cavallari, Montag and Patridge all came together at the Uncommon James flagship store. And, from what the Uncommon James mogul noted on Instagram, this reunion was captured by the Very Cavallari season 3 cameras. So, you could say we’re very E!xcited.

“WHEN THE HILLS AND VERY CAVALLARI COLLIDE!” the True Roots author teased on social media. “Today with these 2 pretty ladies who will be on an upcoming episode of @verycavallari in a few weeks! @audrinapatridge @heidimontag”

As E! readers surely know, the three seasoned reality stars starred together on The Hills for the final two seasons of the (original) show. Yet, due to her Very Cavallari commitments, Cavallari didn’t join Montag and Patridge for the 2019 reboot, titled The Hills: New Beginnings.

Nonetheless, Cavallari has stayed close with her Hills peers, having once even joked about a crossover episode.

“Heidi and I have joked about swapping an episode for an episode. I’ll have to bring it up with E! and MTV,” Cavallari once exclusively told E! News at the 2018 iHeartRadio Music Festival in Las Vegas. “But yeah, I’m really excited for them. I can’t wait to see it.”

We’re sure Cavallari was thrilled to have her longtime pals in Nashville, especially as this season has detailed her falling out from BFF Kelly Henderson.

“So excited to be in Nashville with @kristincavallari @audrinapatridge,” Montag added on the picture sharing site. “Make sure you watch the @verycavallari episode we will be in coming up! You won’t want to miss it!”

While the specifics regarding Montag and Patridge’s visit aren’t currently clear, the two MTV stars went on to document a night out alongside Cavallari. Not only did the trio enjoy some champagne, they also took in some live music.

We’ll certainly catch this reunion when it airs on Very Cavallari! Will you?