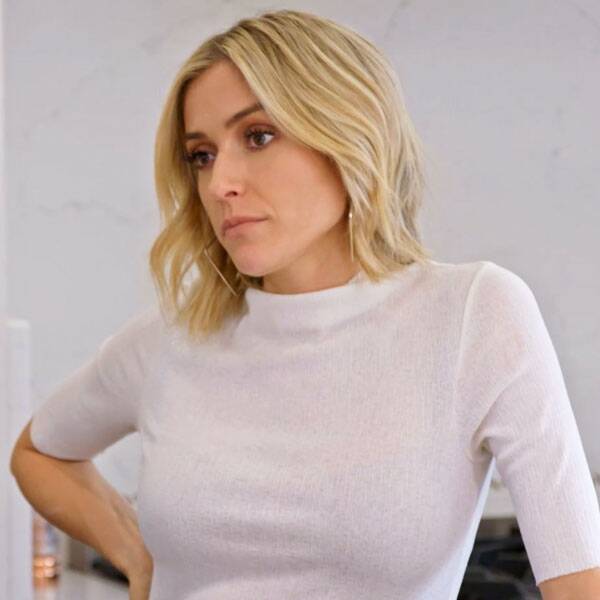 Friendships ebb and flow. But, what happens when a friendship ebbs too far away?

“Alright, so what I do is take the blueprint of your personality based on your birthday,” Shawn explained to the group. “And then, help you navigate the best decisions to make when it comes to connecting with the relationship that you’re in.”

While Anderson and Taylor got guidance regarding their romantic lives, Cavallari received some wise advice regarding her friendship with Henderson. Per Shawn, Kelly has “double water” in her chart, making her “all emotion.”

Although Kristin has an emotional side to her, the astrologer highlighted that she often wants to find a resolution to a problem. As for Kelly? According to the chart, Kelly “prides herself on being loving and caring” and likely struggles to hear friendship criticism.

“I definitely feel like the astrologer was pretty on the nose. That when Kelly and I are good, we’re great,” the Very Cavallari star reflected in a confessional. “But when we’re bad, we definitely don’t speak the same language—which is clearly what’s happening.”

Thus, the astrologer urged Cavallari to “stay away from debating who’s right and who’s wrong” when interacting with Henderson. This advice resonated with The Hills alum, who resolved to reach out the Velvet’s Edge founder “one more time.”

“I’m incredibly nervous,” the mother of three relayed to the Very Cavallari camera. “I don’t know how she’s gonna respond to it, but I figure I have nothing to lose.”

As Kristin read aloud to Justin, she texted Kelly that she misses her and acknowledged that she’s “tough when I’m hurt.”

“I love you and we need to fix this,” Cavallari ended her note to the celebrity hair stylist.

Even though Cavallari wanted to “put all this behind us” and “just move forward,” Henderson chose to not respond to the text. Understandably, Kelly’s ongoing silence left Kristin hurt and looking for advice on how to move forward.

Thankfully, longtime friend Philippa “Pip” Whitfield Pomeranz was able to give her some sage advice.

“A little bit of big sisterly advice, I hate to say this, but sometimes friendships expire,” Pip wisely shared. “It happens.”

After hearing this advice from Pip, Kristin realized she had reached “the final straw for the friendship” with Kelly. And, by the end of the episode, the True Roots author even shared this sentiment with husband Jay Cutler.

During this conversation, Cutler praised Cavallari for being her “best self” throughout the drama and applauded her vulnerability.

“I’ve truly done everything I can do. And, I guess at this point, I have to look at it like just as closure,” Cavallari concluded. “Pip was right, friends come and go. And I think I’m really lucky that I have Jay as my rock. Thank god I have Jay, right now.”

For Kristin’s life post-Kelly, be sure to catch the rest of season 3!