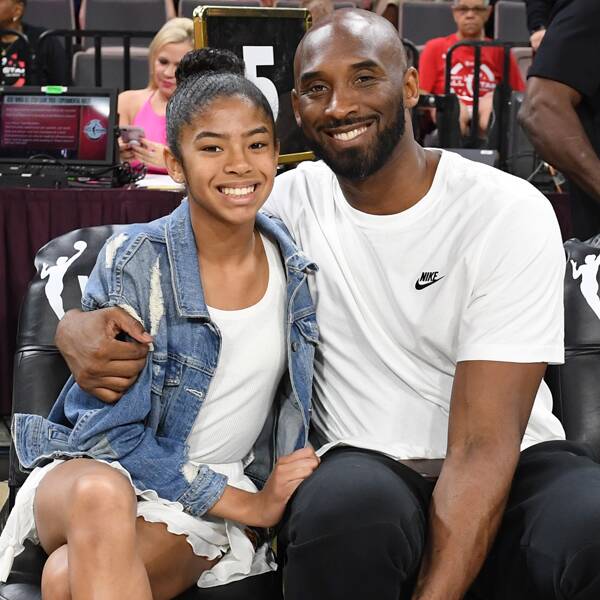 Gone but not forgotten.

That couldn’t ring more true ahead of the UConn Women’s Basketball game against the USA Women’s National Basketball team.

According to ESPN, the University of Connecticut Huskies honored Kobe Bryant‘s teenage daughter, Gianna Maria-Onore Bryant, just one day after news broke that the two were killed in a helicopter crash in Calabasas, Calif.

Photographs of the Monday night sporting event show that the women’s basketball team laid out a bouquet of flowers that sat atop one of their courtside chairs. Moreover, a Huskies jersey with the number 2 was also displayed at the game, which was an homage to Gianna, who frequently played basketball with that number for the Mamba Academy.

Not only was the late teenager following in her famous father’s footsteps, but she had a strong connection to UConn Women’s Basketball team and hoped to play for them some day—which made their tribute even more special.

“Kobe and Gianna meant a lot to our program. Our thoughts are with the Bryant family,” the team shared on Twitter, alongside an image of the father-daughter duo sitting courtside at one of their games. “Mamba Mentality will live on forever, but they are deeply missed.”

Recently, an old interview with Bryant resurfaced online of him gushing over his teenage daughter and her love for basketball.

In Oct. 2018, the NBA legend made an appearance on Jimmy Kimmel Live, where he opened up about coaching his 13-year-old and her teammates. “They’re doing well… they’ve been playing for like a year and a half,” he told Jimmy Kimmel. “They don’t have seasons, it’s crazy. They just have tournaments like every weekend.”

“What we try to do is, we try to teach the kids what excellence looks like,” the retired Lakers star explained. “Some of them may want to play in the WNBA, some of them may not, but we try to give them a foundation of the amount of work and preparation that it takes to be excellent in whatever it is you choose to do.”

When asked if Gianna wanted to play for the WNBA, he gushed, “She does for sure.”

Adding that his daughter would simply respond to those remarks with, “I got this.”

At this time, the helicopter crash is still under investigation and not much is known about what exactly happened.

During a press conference over the weekend, officials said nine people were on board the aircraft, which included Christina Mauser, John Altobelli, Keri Altobelli, Alyssa Altobelli, Sarah Chester, Payton Chester and Ara Zobayan.

Sadly, officials confirmed there were no survivors.

According to TMZ, Kobe and his daughter were headed to the Mamba Academy for a basketball tournament, which was located near the Thousand Oaks and Calabasas area in Los Angeles.

Our thoughts go out to everyone affected by the tragedy.