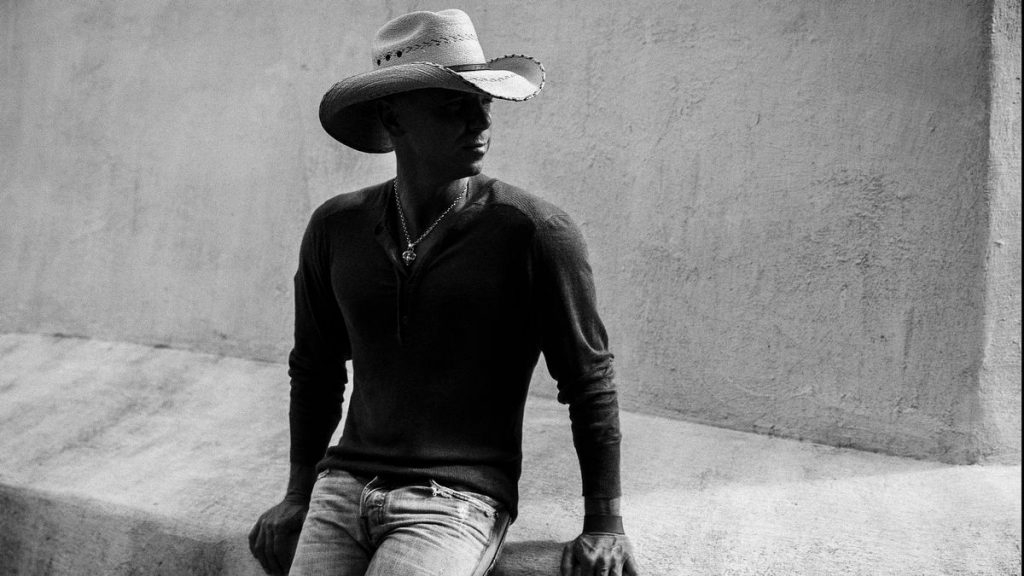 One of the first orders of business at this year’s Country Radio Seminar in Nashville was the Warner Music Nashville luncheon show on Wednesday (Feb. 19).

And after a full showcase of the record label’s stand-out artists, Kenny Chesney — the most seasoned new guy at the label — took the stage to accept the very special award for the Country Radio Broadcasters’ Artist Humanitarian of the Year.

“I got to tell you, I’m really honored. Thank you for having me here today. I’ve got a lot of emotions about standing up here today. I’m very honored to stand up here to receive this, but in ways — I wouldn’t say I’m embarrassed by it — I’m just a little uncomfortable taking recognition for something that a lot of people did. And I feel very fortunate that God has given me a gift to communicate with people through music. And I realized that I have a unique platform to help when it was needed,” Chesney said.

“It was such a unique period for me and the Songs for the Saints album was something that a lot of you guys know truly came from the heart. And I’ve heard the song ’One Love’ by Bob Marley my whole life. And I’ve always loved what the song said, but when you’re under that kind of stress, to see everyone come together for one cause to help change and to help rebuild, I’d heard the song a lot. I’ve never experienced one love in my life, and I got to see it firsthand. It was really beautiful and it was really special. And I can tell you that, like I said, I’m a little uncomfortable getting this because so many people helped.

“And you didn’t have to be someone like myself that had a platform that really helped a lot of people. So many people that didn’t have anything, gave all they have. So I want to recognize those people up here today when I accept this. So many people to thank. My assistant who was a part of the animal rescue, she was such a huge part of that. It probably wouldn’t have happened without her. And because of her and a lot of people in Tortola and all through the Virgin Islands and New England and a lot of dog rescues and animal rescues in the state of Florida. Because of all those people, I think over 3,000 animals were rescued off both islands.

When he talked about his first album — Songs for the Saints in 2018 — for Warner being a charitable effort, he wasn’t so sure how that concept would go over with his new boss.

“It was in God’s hands. So I want to thank (John) Esposito and everybody at Warner for accepting me and for understanding that this was something bigger than all of us. And I’m really proud that I made this record.

“And I will say that in 2018, when we did our stadium run, when I saw a lot of your faces out at the shows, it was the one thing that everybody wanted to talk about. And it reminded me that I have been doing this for a little while now, and it kind of feels like family in a lot of ways. And when family hurt, somebody in the family hurts, we all hurt. And I felt that from all of you guys. I want to say I really appreciate it. And it gave me so much energy to go out on the road. And we were blessed with a song about hope and love and loving everybody.”

But because this is Nashville, it wasn’t all awards and accolades. There was also music. There’s always music. Chesney performed three of his hits, “Save It for a Rainy Day, “When the Sun Goes Down,” and “Get Along.” He joked that it’s been a while since he’s played shows, so he was backstage looking up the lyrics that the roomful of industry insiders likely knew by heart. “It’s really great to be part of a format of people who really care,” he said at the end of his set. “I’m not sure there are other formats that have this kind of thing.”

Before Chesney’s set, six other Warner artists had a chance to play their latest singles:

Chris Janson, on ukulele and harmonica, did “Done.”

Michael Ray played his acoustic best on the heartbreaking “Her World or Mine.”

Gabby Barrett belted her heart out on “I Hope.”

Shy Carter gave the crowd a taste of his “Good Love.”

Ashley McBryde wowed the crowd with her “One Night Standards.”