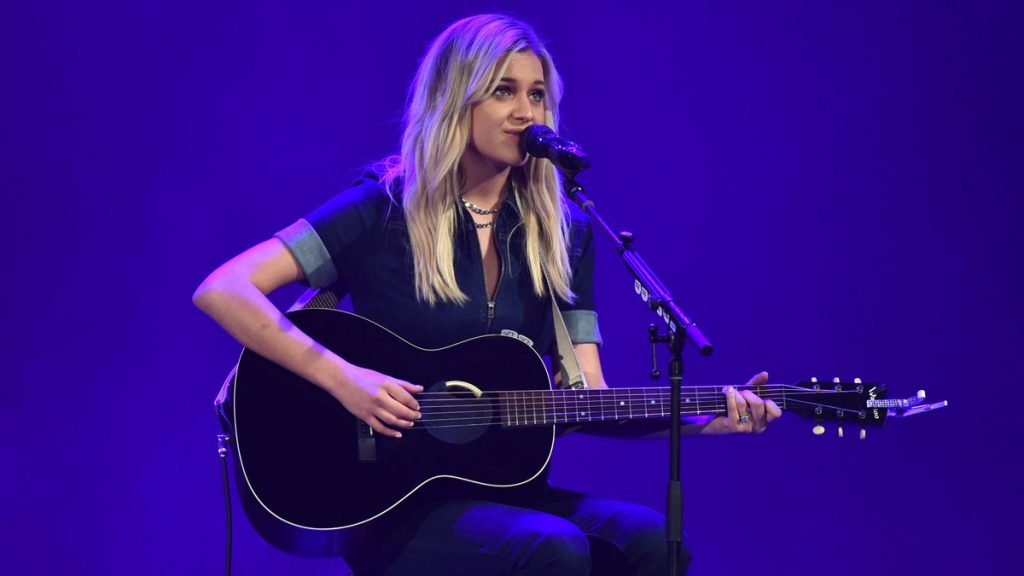 Kelsea Ballerini has a brand new song (and video, btw) she released very early this morning (Jan. 24), and while she will probably do interviews with news outlets eventually, she kind of posted an interview of sorts on social media.

It’s like a Q&A Ballerini had with herself. As if she asked herself, “Are you cool enough?”

Here’s everything she had to say about the song called, “la,” which is a revealing ballad about self-doubt in front of the backdrop of fame. (Think Faith Hill’s “When the Lights Go Down” meets Jamey Johnson’s “Lonely at the Top.”)

1. It’s the most vulnerable thing I’ve publicly shared. It’s not cool to talk about not feeling cool. But it’s honest. And I’m really proud of every word of it. “la” is out NOW.

2. I was in between tour dates and left my guitar on the bus that particular week, so it came out as a stream of consciousness that fell into the form of a poem. As soon as I got to the bus a few days later it became this.

3. I wrote this song alone on a bathroom floor in Los Angeles last year feeling equal parts like somebody and like nobody, surrounded and completely alone, inspired and terrified, on top of the world and filled to the brim with anxiety.

So as it turns out, Ballerini is all of us. We worry if we are too this or too that, if we are worthy or unworthy of something, and she just walks in with this stunning song and admits that SO DOES SHE. Anyone who has ever walked into a party full of strangers will especially love the line I’m on my third glass of wine/tryin’ to find conversation
in a room with bigger names.