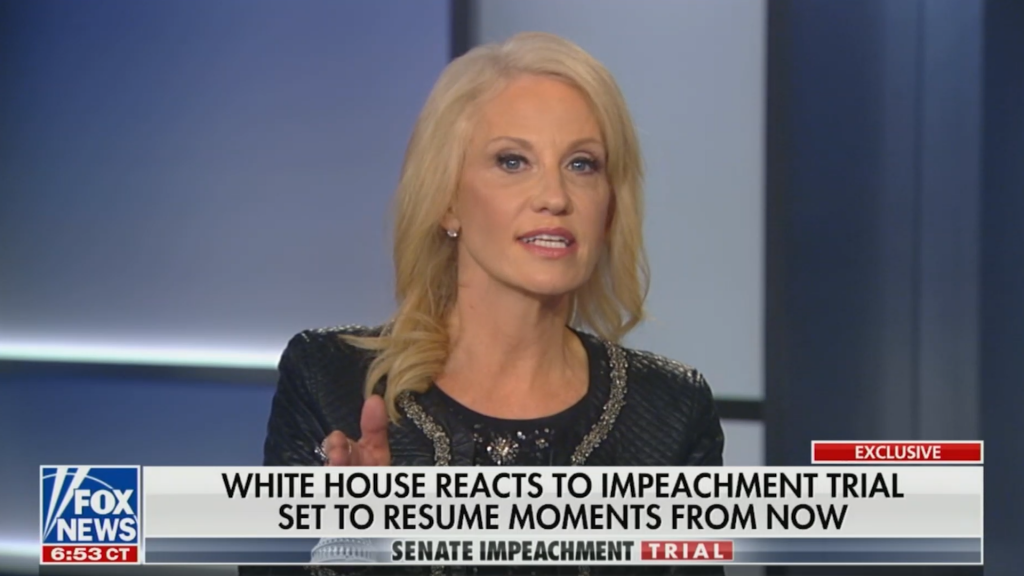 Fox News anchor Chris Wallace confronted presidential advisor Kellyanne Conway on Tuesday for saying the timing of the release of aid to Ukraine could be a coincidence. The withholding of the Ukraine aid, which was recently found to be illegal by the Government Accountability Office, is at the heart of President Trump’s impeachment. Congress was made aware of the whistleblower complaint concerning the aid being held up on September 9th, just two days before the aid was released. Wallace laid out the compelling argument that the timing could look suspicious.

“This particular aid, the $391 million which had been approved by Congress, certified by the defense department that Ukraine was not corrupt. This president held it up,” Wallace said. “He releases it after the whistleblower story comes out. After Adam Schiff says he got caught. And he delayed so long that Congress had to pass a new law to release the aid further.” “Well,” Conway responded, “that is knitting together, I think, something that’s coincidence, not…” “But the timing is clear.” “No, you’re looking at causation, but it could be coincidence.”

Wallace pressed Conway and tried to present his argument in a different way, but Conway stuck to her assertion that the release of the Ukraine aid just two days after Congress was made aware that it was withheld is just a coincidence.

“The story breaks. Now the Democrats know about the whistleblower, are gonna begin an investigation, and then on September 11th or 12th, the president releases the aid,” Wallace said. “You’re saying it’s a coincidence?” “Yes,” Conway replied. “Why wouldn’t it be? In other words, nobody has presented any evidence that it wasn’t.”

The Story With Martha McCallum airs weeknights at 11:35 p.m. on Fox News Channel.