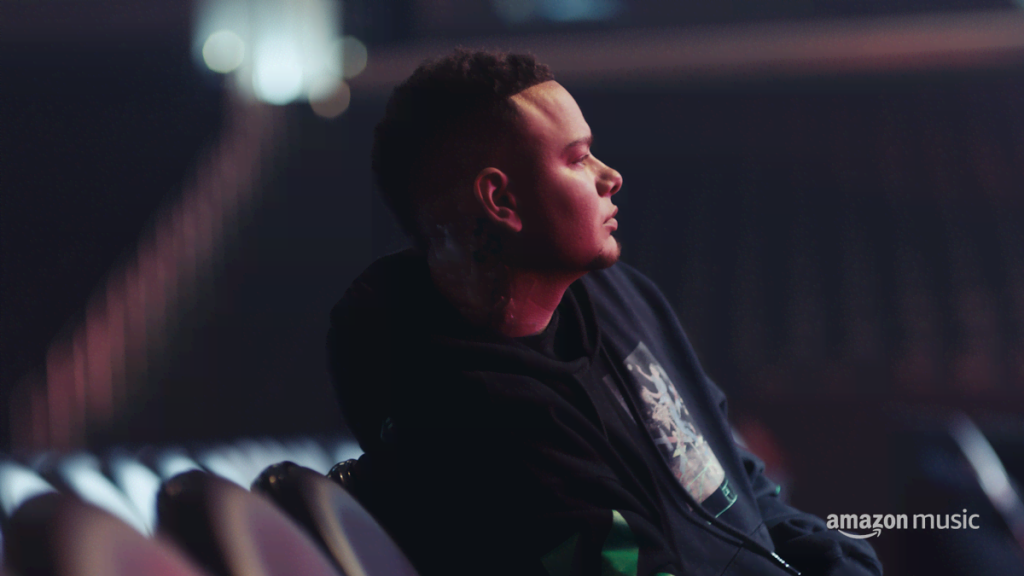 After an early screening of the new Kane Brown documentary Velocity on Tuesday (Feb. 18), Brown sat down with his manager Martha Earls and answered some questions about the journey from his early Facebook videos of cover songs to selling out the Staples Center on Jan. 9, 2020. SPOILER ALERT: Brown is here to stay.

This is what we learned:

1. Why did he start sharing his music:
“Music kind of came out of nowhere. I was always singing, I always had headphones in sitting by myself listening to different music. I was just messing around — working two jobs just trying to afford my truck and playing Xbox. I put videos on Facebook just hoping to get followers. Never thinking a record label would hit me up for anything. For me, social media was huge, and I did study it a lot. Trying to see how to go viral. I didn’t feel like any of it would work. Until one day, I went to sleep and when I woke up it had worked magically.”

2. What he was like before he was a superstar:
“KB is very wholesome. He is epitome of down south, country boy. I had just transferred schools and I was eating alone, and he just came up to me and was like, ’Hey man, come eat with me. That is his personality from day one.”

3. On having a daughter:
“Having Kingsley makes me feel a little more grown up. She’s my life.”

4. On his first live show:
“The question was, are people willing to get out from behind their computer and come to a show. We didn’t know. The first show we did was in Darlington, South Carolina. It was 725-person room and it sold out in 20 minutes. Kane sold out every date he played.”

5. What he learned from headliners:
“On the FGL tour, I was terrified. I had only done about 20 shows. God put me in a place so I could grow instead of just being thrown to the sharks. Then we got to go on tour with Jason Aldean, Chris Young and Brad Paisley. I learned how to interact and connect with the crowd, how to talk between songs, and how to stay engaged. If you put me back in a club again now, I’d probably feel like a scared little kid.”

6. On his early stage clothes:
“Those early live performances were amazing. But I go back and look and I’m like, ’What was I wearing? Plaid short-sleeve button ups?’”

7. On the higher expectations at bigger shows:
“The Staples Center, they told me that L.A. is a hard place to play because not a lot of people listen to country music. They told me there were only ten other artists who sold it out. I was the 11th one.”

8. On staying focused on the future:
“I guess I never look back. I just keep going. The new tour will be a lot bigger than last year, and I gotta step up my game. I have grown into this.”