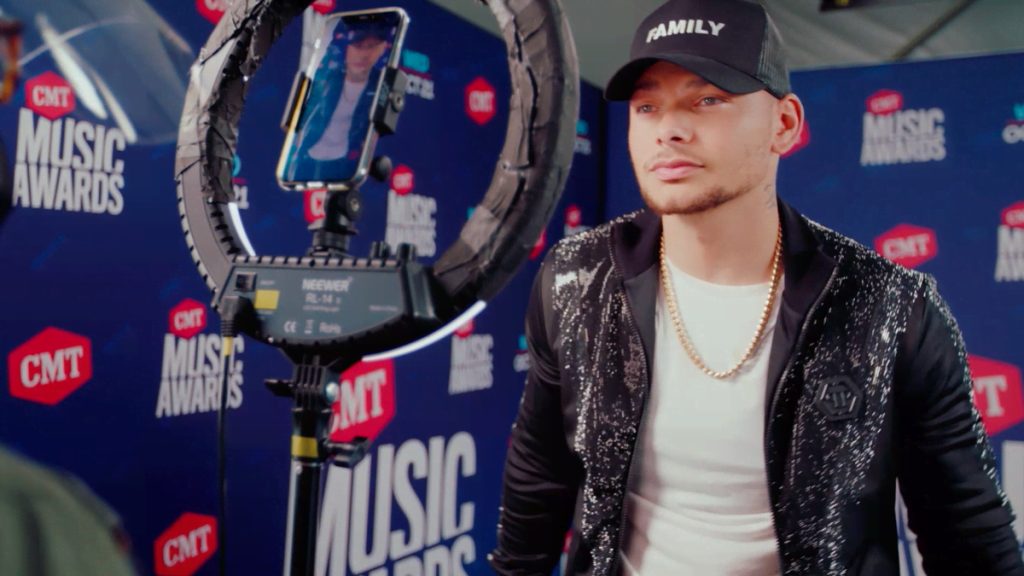 Kane Brown Goes Off the Road with CMT

Kane Brown’s life may look a little different now, after his Worldwide Beautiful tour was abruptly cancelled at the start of the COVID-19 pandemic. But that doesn’t mean that the singer/songwriter/producer/husband/father is just lounging around the house doing nothing.

“This was supposed to be our biggest year. And two weeks in,” Kane Brown tells CMT in a special episode of Off the Road, “my dreams were crushed.”

But, as we’ve all had to do, you accept the new normal, you adapt, and you get after it. Which is why Brown has so much to share in the upcoming episode.

So what exactly has he been up to?

Shooting some socially distanced music videos, one in Jackson Hole, Wyoming with his wife and baby girl.

Performing a virtual concert at drive-in theaters across the country.

Writing new songs over Zoom with his circle of collaborators.

Heading into the studio with Restless Road, a new band Brown recently signed to his own record label and is mentoring through the early phase of their country music debut. The band admits in their own episode of Off the Road that they were just getting started when they were forced to stop. “We were only five shows into Kane’s Worldwide Beautiful tour when everything was coming to a sudden stop,” they shared. (Although they are definitely still working on their new music video for “One Step Ahead.” More on that soon.)

And on Wednesday night (Oct. 21), Brown will be getting up on stage for a brand new kind of gig. He is set to co-host the 2020 CMT Music Awards, where he will also perform and possibly even take home a trophy.