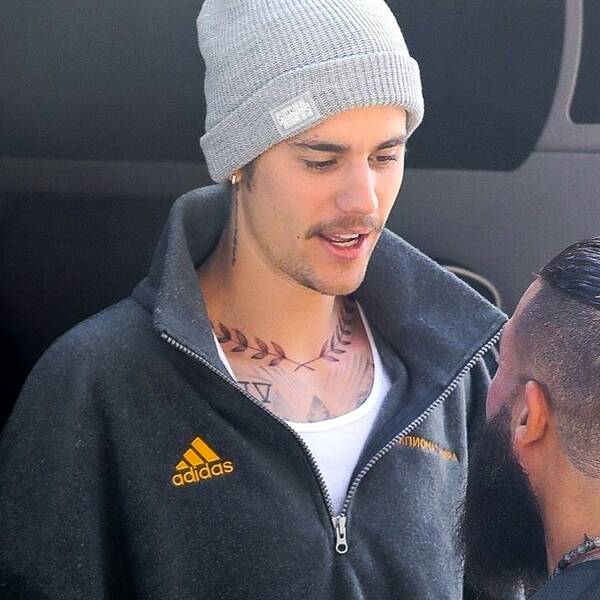 He’s back and better than ever.

Changes marks pop sensation Justin Bieber‘s fifth studio album, but it just might be his most important one yet. In the last decade the world has watched Justin rise from angsty young teen to newly reformed husband and artist. The singer has lived a lot of life since his last album Purpose in 2015, and it’s safe to say he’s learned a few things along the way that he is finally able to share with the world.

Since 2015, he officially broke things off with his on-again-off-again girlfriend Selena Gomez, got married to the love of his life Hailey Bieber, was diagnosed with Lyme disease, started a fashion brand and did a lot of growing up. All of which have in some shape or form inspired his newest album.

Changes is somehow sexy, honest and healing all at the same time. The musician didn’t leave any stone unturned. The album consists of 17 songs, all of which Justin has stated are a representation of how far he’s come and where he hopes to go from here. It’s both beautiful and vulnerable, and well, he was definitely going through some changes.

Let’s take a look at some of the standout lyrics from Justin’s new album Changes.

1. “All Around Me”: In this track, Justin is clearly putting his marriage to Hailey in the forefront. The pop superstar is wrestling with the bad boy he used to be, and appreciating the amazing husband Hailey has helped him to become. “Not sure what I was doing before ya / I quit tryna figure it out / Nothin’ like havin’ someone for you / Someone besides you when it’s time to lay down / Fully committed, you’re here for the stay down / Look in the mirror, you ride for the take down,” he sings in the first verse. 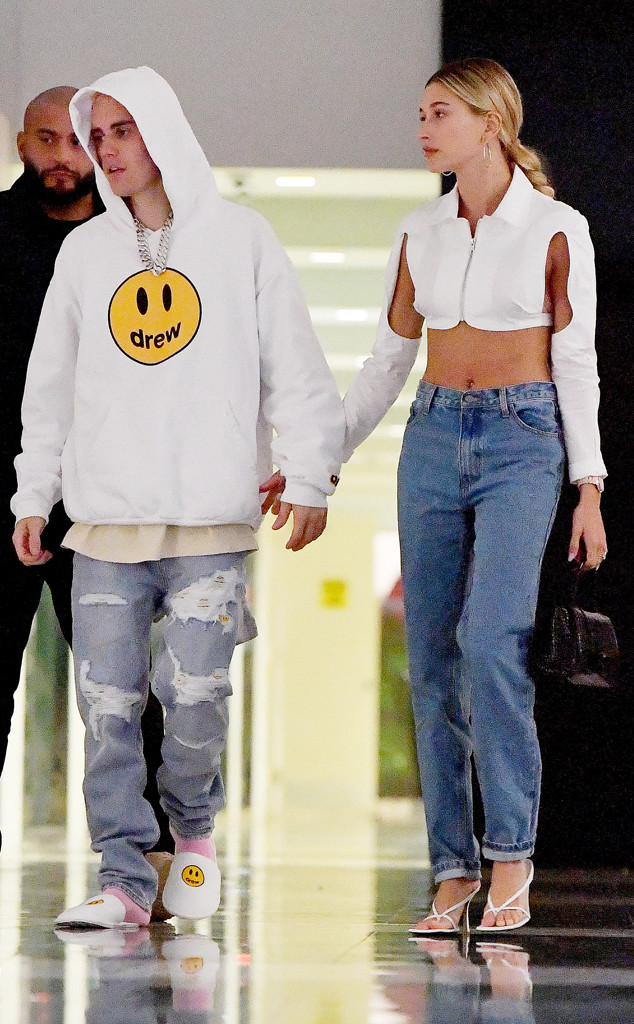 2. “Habitual”:  Justin is clearly very in love with his wife, and the feeling is mutual. Which means the two aren’t afraid to have a little sexy time, and he’s talking all about it on this track. “Flowers open when they feel the sunlight / Moonrise, tide change, right before our eyes / Aggressive but softly, you place your lips on my lips / We’re each other’s vice / Our feelings, they go deep, deeper than the touching / Deeper than the ocean, so we ain’t never rushing through / Our days or our nights, ain’t no repercussions / Never get enough, I’m only for your consumption.”

He also alludes to the two’s shared history and the perfect timing that worked to bring them together. “Just to think that we’ve been out here this whole time / Workin’ through the seasons / Never crossed paths till we had a reason / Now let’s fast-forward, look up / A whole new perspective for life,” he sings.

3. “Come Around Me”:  If you thought these lyrics couldn’t get any sexier, than buckle up, because Justin is telling all. “Diggin’ the way you feel on my skin / Got influence on me, can’t comprehend / Oh no, next thing, you’re on top of me / Okay with this, I call that a win-win,” he sings. It’s pretty clear what this song is about.

4. “Intentions (ft. Quavo)”:  The moral of the story is Justin loves Hailey. Like, a lot. But somehow, he’s finding new and improved ways to praise his supermodel wife. Including, thanking her parents for the honor of raising “his muse.” He sings in the first verse, “Shout-out to your mom and dad for makin’ you / Standin’ ovation, they did a great job raisin’ you / When I create, you’re my muse.

Plus, he alludes to the shade Hailey has received from some trolls since the two rekindled their romance. “Can’t nobody throw shade on your name in these streets / Triple threat, you a boss, you a bae, you a beast,” he sings.

5. “Yummy”: This song was Justin’s first single off the new album, and when asked on The Ellen DeGeneres Show what it was about, the musician got very real.  He joked with Ellen DeGeneres, “My sex life. Yeah, I mean it is what it is, right? I’m married now…Is it getting hot in here?”

The lyrics really leave nothing to the imagination. “Bona fide stallion / Ain’t in no stable, no, you stay on the run / Ain’t on the side, you’re number one / Yeah, every time I come around, you get it done,” he sings on the uptempo track.

6. “Available”: There is no doubt that Hailey and Justin travel for work. Between his jet setting life as a music star and her fast paced life as an international model, it’s no surprise that they spend a lot of time a part. In this track, Justin talks about how much he misses his wife when they’re apart.

He sings, “Thinkin”https://www.eonline.com/”bout you, it ain’t always ’bout me / Don’t make any sense or you’ll be lonely / Hurry up and get here now but don’t speed / I’ll never get over you up on me.” 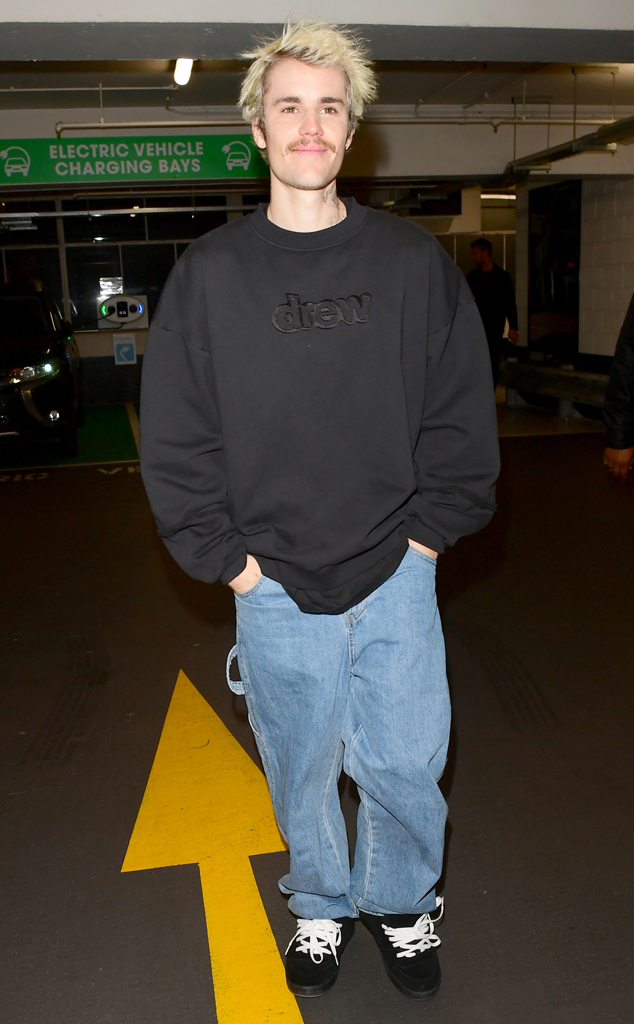 7. “Forever (ft. Post Malone & Clever)”: On this track, Justin stays true to the title of the album. He’s been through a lot of changes, and he talks about how much he’s transformed into a better man in the last few years. He sings, “Never thought I’d settle down, I cannot lie to myself / I was busy focusin’ on bein’ by myself / Set my feelings to the side, they all got dusty on the shelf / You wiped them down when I had nothin’ left.”

8. “Running Over (ft. Lil Dicky)”: In verse two of this song, it seems like Justin gives the world a peek into how he first fell for Hailey. “It feel like a Tuesday when you met me / I remember it like it was yesterday / You just said “Hello”, I lost my sanity / Thought you was lookin’ through me / Then you made me laugh with personality / When you said goodbye that was a tragedy / Had to get a lesson in anatomy,” he sings.

9. “Take It Out On Me”: Every one needs a shoulder to cry on or maybe just a punching bag to hit. In this song, Justin talks about making himself a punching bag for his love to take out her frustration on. Not every day is going to be the top of the mountain, but he’ll be there no matter what.

He sings in the second verse, “Yeah, I’m your plug / Whatever you need, I’ll make sure you get enough / And when your battery gets low / I’ma be the one to charge you up / Let me massage your mental and your physical / Whenever you lose doubt, I’ll be your miracle / When you’re around me, you should feel invincible / Please don’t forget that.”

10. “Second Emotion (ft. Travis Scott)”: Justin collaborates with Travis Scott in this song about being busy and trying to make time for his relationship. He sings in the chorus, “Try to bite my tongue, but I can’t take it / I got whiplash from me turnin’ my head / Have somewhere else to go, no, I can’t make it / I’d rather take my chance with you instead / Do you second that emotion? (Do you?).”

11. “Get Me (ft. Kehlani)”: The album takes on a slower vibe for this song which he sings with Kehlani. The two sing together on the chorus, “Oh, you don’t compare, don’t fit in with ’em, do you get me? / Judgin’ by the way you open up, you get me.”

12. “ETA”: The title of this track says it all. He’s waiting for his love to get back so they can spend some quality time together. He begins the sultry track, “Feels like time’s moving in slow motion / Just trying to occupy my mind / So that I don’t go looney over you / Just trying to amplify the sound / To drown out all of this need for you / Biting my nails, got me nervous, so anxious / See it’s one o’clock now / Noon felt like three hours ago.”

14. “Confirmation”: He continues with the stripped down vibes for this song where he slows down and really tries to communicate how he’s feeling in this time of his life. “Quit acting like we’re in a race / Beggin’ me, you know I’m on the way over / Take a moment to cherish this space / So quick to move forward, no pressure,” he sings.

15. “That’s What Love Is”: He’s learned a lot about love, which is a central message of this album. In this soft song he reveals exactly what it means to love and be loved. “When you demand my presence, it’s hard to read the message / I stay on the defense to take away your leverage / ‘Til you put it in perspective / Can’t help but to respect it / Oh, now I know what love is / I know what true love is / Yeah, down in my soul / Far more than you know / My self-esteem gets low / You lift it right up through the ceiling, woah.”

16. “At Least For Now”: This sweet song is about a quiet night at home with the one you love. It’s simple, yet one of the most heartfelt tracks on his album. He sings, “Throw my arms around you, bear witness / The stripes on my shirt, can you read between the lines? / You sip champagne while I sip on red wine / Never mind me watchin’ you, never mind the tension / Please excuse me while I dance, I forgot to mention / I’m going on strike.”

17. “Yummy (Summer Walker Remix)”: The final track on the album is dedicated to a remix of his hit song “Yummy.” If it wasn’t clear the first time, he’s really into his wife.