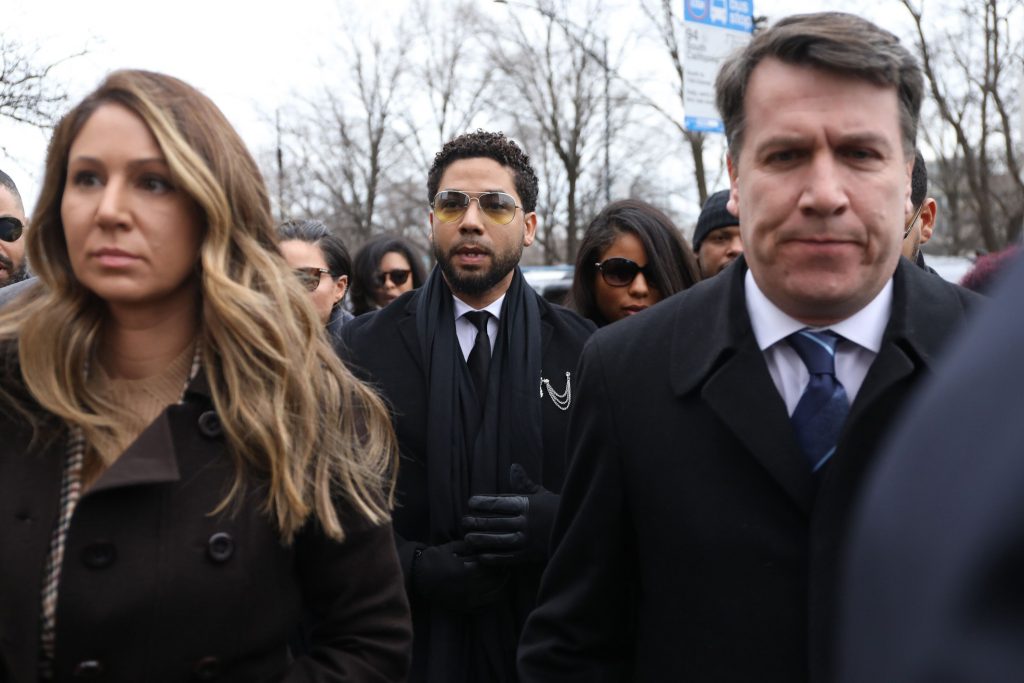 Jussie Smollett has pleaded not guilty to new charges against him related to his allegedly faked attack.

The former Empire actor, 37, was arraigned in a Chicago criminal court on Monday on six new charges of disorderly conduct — brought by a special prosecutor — alleging that he lied to police about being the victim of a racist and homophobic attack in January 2019. The charges include that he planned and participated in the staging of a hate crime as well as made multiple false reports to the Chicago Police Department.

According to the Chicago Tribune, Smollett pleaded not guilty to six counts of disorderly conduct before Judge James Linn. His attorneys had requested a delay in the arraignment — citing other filings in the case, including a request to dismiss the indictment on grounds of it being double jeopardy — but Linn denied the request.

Smollett was released on $20,000 bond and ordered to return to court on March 18.

This is the second time Smollett is being charged in the ongoing case. The drama began when Smollett reported on Jan. 29, 2019 that he was the victim of a hate crime attack, claiming two masked men doused him with a chemical substance and put a rope around his neck. He also claimed the assailants yelled “MAGA country,” reportedly referring to President Trump’s “Make America Great Again” slogan.

Soon after, police claimed Smollett staged the attack — with two brothers claiming the TV star paid them to carry out the hoax — and he was charged with 16 counts of disorderly conduct for filing a false report, among other charges. However, in a surprising move, the charges against him were then dropped by the Cook County State’s Attorney’s office.

As a result, Special Prosecutor Dan Webb, a former U.S. attorney, was appointed to examine how the state attorney’s office handled the case, and the six new charges were filed against the actor earlier this month.

Smollett has maintained his innocence. In October, he said, “I haven’t lied about a thing.”

Smollett is also involved in a civil case with the City of Chicago related to the alleged hoax. Last April, the city sued Smollett for $130,000 in fees pertaining the investigation into his alleged “false statements” after he refused to pay for it. In November, Smollett countersued the city, claiming he was being “maliciously” prosecuted.