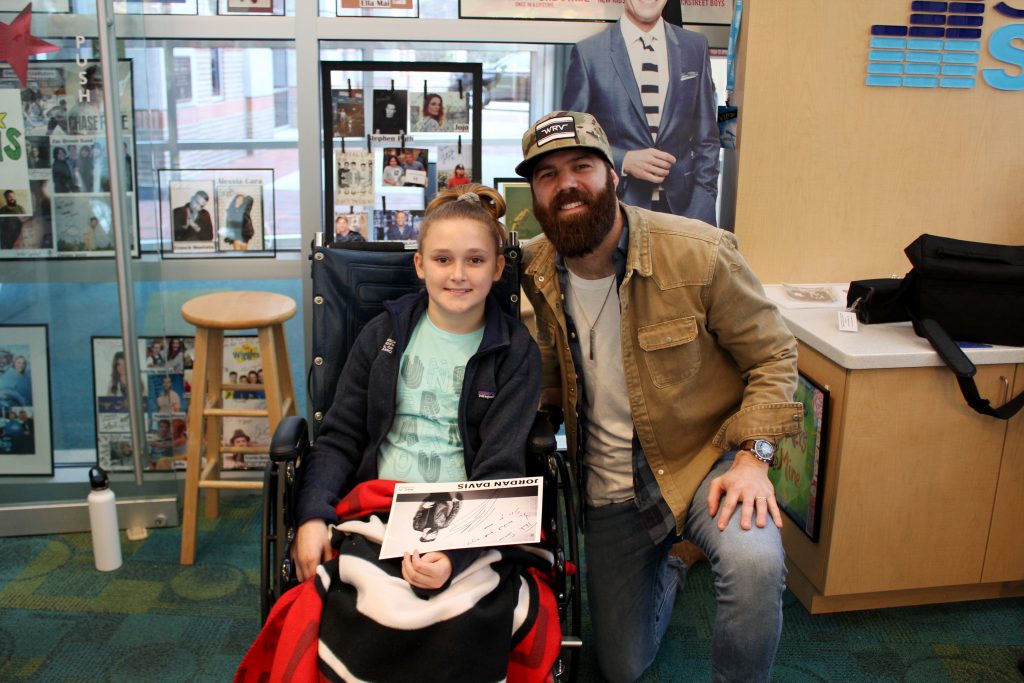 “We
are so thankful to have Jordan join us as a Celebrity Ambassador! Over
the last few years we have been amazed by his ability to bring smiles to
children and teens in Seacrest Studios – even
in the toughest of circumstances,” said Meredith Seacrest, Executive
Director & COO, RSF.

As
a Celebrity Ambassador for RSF, Davis will support the foundation by
creating awareness, visiting patients and their families in multiple
studio locations across the country, raising funds
through special experiences and providing giveaways to Seacrest Studios.

“I
am beyond honored to be the newest ambassador for the Ryan Seacrest
Foundation,” Davis shared.  “It’s been so rewarding to visit the
different hospitals all over the country and
spend time
with the amazing kids and their families as well as the incredible
doctors and nurses. They are all fighters and I hope I can bring them
just a little joy with my music”

Davis
has already visited four Seacrest Studios, including CHOC Children’s,
Monroe Carell Jr. Children’s Hospital at Vanderbilt and just last
weekend, Levine Children’s and Children’s Healthcare
of Atlanta. He also recently launched an online auction via Charitybuzz
where fans will have the opportunity for a meet-and-greet and
behind-the-scenes experience, with all funds raised supporting RSF.

Other
current Celebrity Ambassadors for the foundation include Charlie Puth
and Sabrina Carpenter and past ambassadors included Selena Gomez and
Nick Jonas.

RSF relocated from Los Angeles, CA to Nashville, TN in 2017, settling in on Music Row.