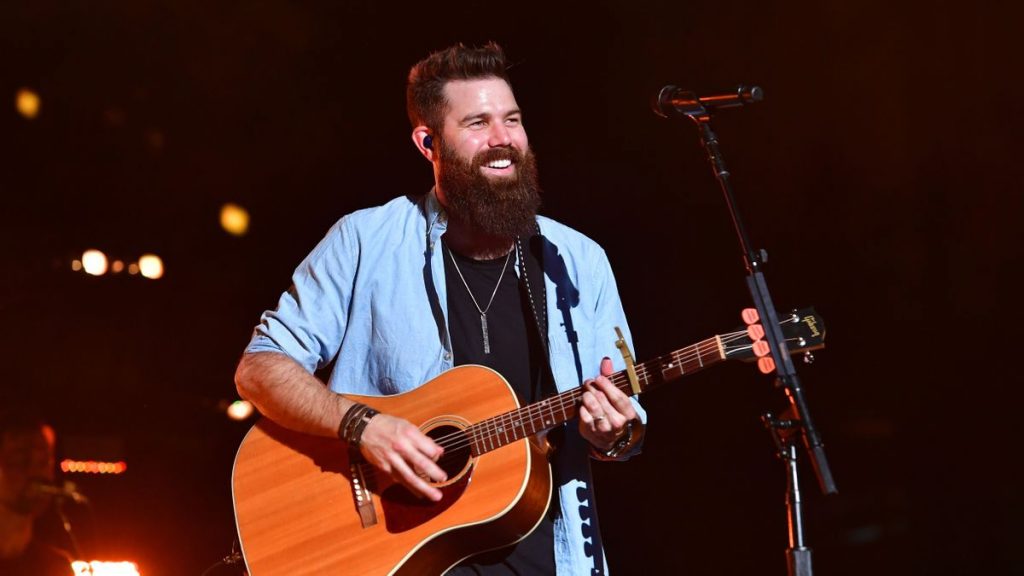 Jordan Davis Talks New Single “Next Thing You Know” And Forthcoming Record: “This Is Where I Am At In My Life”

Jordan Davis has changed significantly since arriving in Nashville nearly a decade ago and understands how fast time flies. On the heels of his radio single, “What My World Spins Around,” the Louisiana native released “Next Thing You Know” to encourage fans to slow down and be present.

The vulnerable ballad previews his highly anticipated album and marks a new chapter in his flourishing career. Although Davis pulled from real-life experiences to pen the poignant lyrics, he told CMT that the overall narrative was inspired by a “Ferris Buller’s Day Off” quote.

“Life moves pretty fast. If you don’t stop and look around once in a while, you could miss it,” Davis recited the iconic line from the 1986 classic.

The weighted words that make up “Next Thing You Know” emphasizes the stages of life and the milestones that can easily be overlooked if one gets distracted. While sitting backstage at Windy City Smokeout in Chicago – the platinum-selling performer explained that this song simply captures the time between pursuing a career in music and starting a family with his wife, Kristen O’Connor.

“I’ve been in Nashville for 10 years now. I’ve been touring the country, playing music for six, and it feels like I just started…it’s crazy. I never would’ve expected this. I moved to music city to be a songwriter. I never really had any dreams of singing a record deal or doing what I’m doing now. It was a dream that I didn’t know I had, until I got thrust into it. It spins fast,” said Davis. “I’ve got a three-year-old daughter, it feels like she was just born. It goes by so quickly. This is kind of what that song encapsulates. I really hope somebody will listen to it and think to kind of slow down.”

The melody driven by gentle guitar pulls and bright percussion, points toward where Davis is heading with his LP. The single signifies that Davis has blossomed into a well-rounded artist since his 2018 debut project, “Home State.” The vocalist wants fans to recognize that he’s not the same man who sang “Take It From Me,” the ultimate bachelor anthem.

“I think one of the things that I’ve always wanted to do as an artist is to grow and have my fans grow with me,” he said. “I kind of look back on old songs like “Singles You Up” and “Take It From Me.” I wrote those as a single guy and just living. Now, I have two kids…I want my fans to know this is where I am at in my life.”

He confirmed that the project will cover a variety of subject matters that are far from surface level. An unreleased track titled “Bluebird Days” will touch upon his parents’ divorce, and “Be You” is a tribute to fathers worldwide. Davis also shared that the collection would include a collaboration, which challenged him to think outside the box in the studio.

“That one’s actually called ‘Midnight Crisis.’ It’s a duet with somebody, and she’s one of my favorite voices in Nashville,” Davis exclusively shared with CMT. “So, that was the first song that we wrote. We pushed some boundaries on it. We didn’t want to sit down and re-write another ‘Buy Dirt.’ We have some new sounds in it, and we pushed the production on it. We just kind of approached songwriting differently that day. It kind of felt like a new chapter we started,” he added full of enthusiasm.

Although Davis kept the name of the songstress under wraps, he confirmed that the duet will arrive before the end of the year. Country music fans can expect to have the full-length album on repeat in February.

While tying up loose ends and perfecting the project, Davis will join Luke Combs as direct support on The Middle of Somewhere Tour and perform at Nashville’s legendary Ryman Auditorium for the first time at the end of September. For upcoming appearances, head to jordandavisofficial.com/tour.