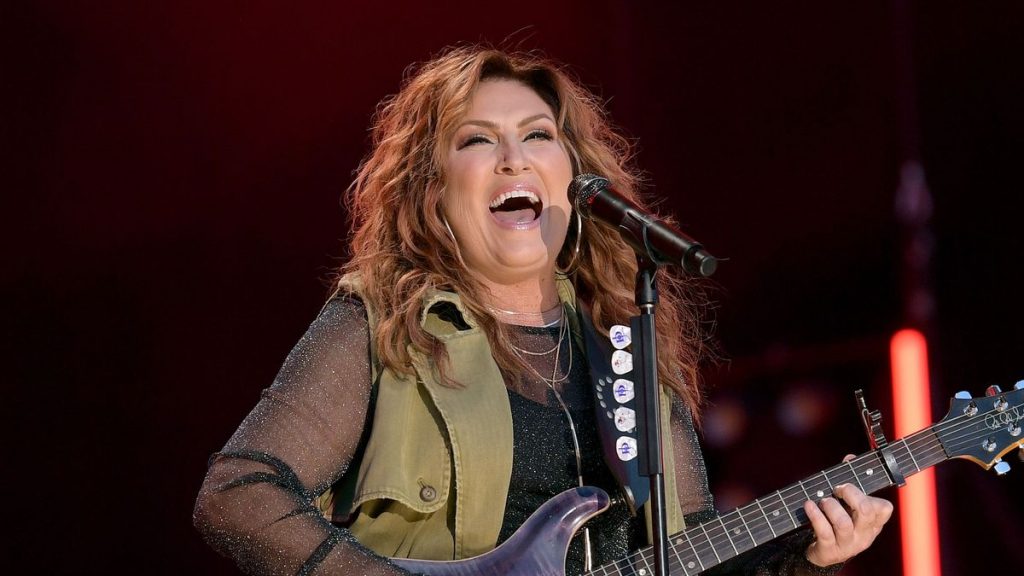 Later this month, Jo Dee Messina’s breakthrough hit “Heads Carolina, Tails Carolina” will turn 26 years old. The hopeful, catchy earworm is a song that almost didn’t happen from a debut album that nearly didn’t get made. Messina, who was signed to Curb Records, said the label only agreed to record three or four songs. Then, Tim McGraw stepped up.

“McGraw, at that time, said, ’She deserves a whole album, not just three or four sides,’” Messina told I Miss…90s Country Radio with Nick Hoffman. “I’ll pay for it. If you like it, then you can reimburse me.”

The album launched Messina’s multi-platinum selling career. The self-titled project was released in 1996 and was co-produced by McGraw and Byron Gallimore. The album was also home to her radio singles “You’re Not in Kansas Anymore” and “Do You Wanna Make Something of It.”

Releasing an album was Messina’s goal since she was a teenager.

“We started playing out young, and then I played through high school,” she explained. “So by the time I graduated or everyone else graduated and went to college, I was like, ’Okay, everyone’s going to college. I’m either going to do this or not do this.’ And so, I packed up my car, and I went to Nashville.”

Messina arrived in Music City and got a job at a temporary agency that kept her so busy she didn’t play music for two years.

“I was really just trying to keep a roof over my head and just worked and paid the bills,” she explained. “Then I started entering talent contests to pay the bills because there was always… a cash prize. It was $50 or $150.”

When she found a talent show that ran for six weeks with a $500 grand prize, she thought she had the jackpot.

“I was like, ’Okay, I would love to win the $500 because that’s all my bills for the month,’” Messina admitted.

She scored her record deal with Curb Records; McGraw fronted the money for the album, and she went into the studio to record. Messina finished the first version of her self-titled debut, and “Heads Carolina, Tails California” wasn’t on it.

“(Songwriter) Tim Nichols called, and he’s like, ’Hey, I heard you’re looking for music, and we got this song,’” she recalled. “I’m like, ’Well, we’re done.’ So he’s like, ’Just let me run it by your mailbox. I’ll stick it in your mailbox.’ He put a tape in there. It was in an envelope folded over. I played it, and I was like, ’Oh, wow.’”