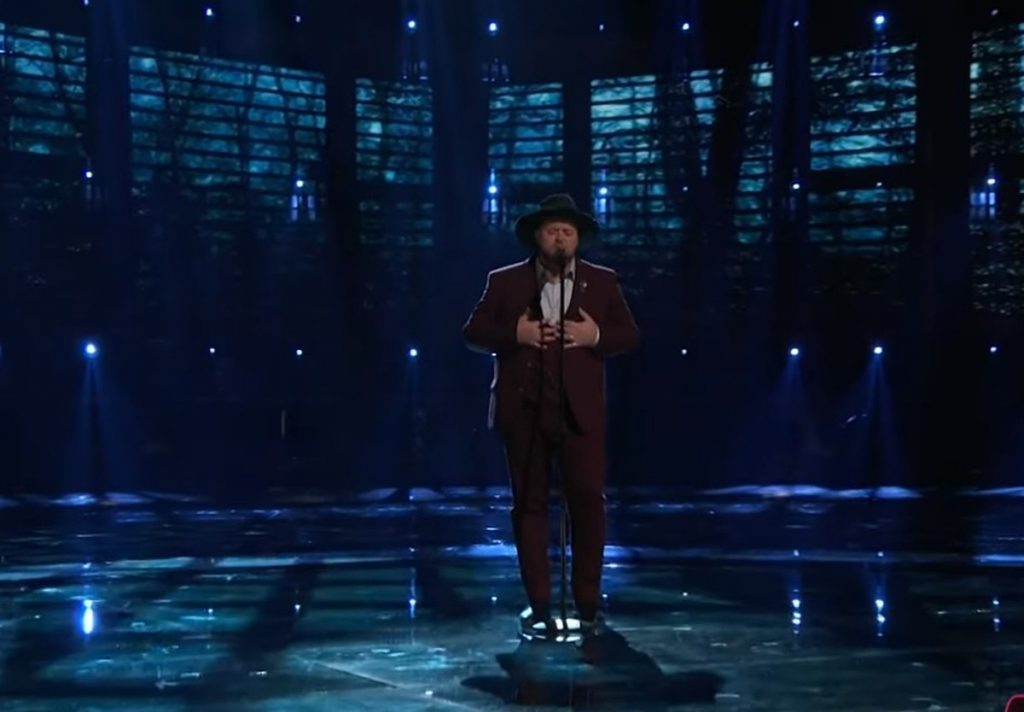 
It’s the final countdown for the Top 5 contestants on The Voice, who mustered up the very best they had for America’s votes, one day before the Season 19 finale, on Monday (Dec. 14). With every coach’s team represented, who will bring home the honor on Tuesday? It’s up to viewers…and also to how well these contestants manage to compete against each other in their last live performances.

That said, Monday night had the five hopefuls up on stage trying their pipes at two different approaches: A cover song and an original song. Coach Blake Shelton had two in the final five, Ian Flanigan and Jim Ranger, who were both going against each other in terms of the earthy, country style that Shelton tends to attract on his teams.

Ranger, who impressed just a week ago with an unexpected (and wildly dramatic) Harry Nilsson cover of a ’70s hit, decided to mine the past a bit again and try out a Beatles classic for his cover. “With a Little Help From My Friends” turned out to be an unexpectedly bombastic choice, with Ranger using every bit of his ability to almost-but-not-quite over-sing.

His bluesy/gospel-y version of the tune allowed him to showcase just how rusty and roaring he could manage to get his pipes to go, including a mid-song yell that had to hurt just a little bit. It’s clear Ranger was going for the Joe Cocker version of this song, not Sgt. Pepper…and he sounded remarkably like that particular iteration.

Ranger toned things down earlier in the show with his original song, “Last,” which didn’t particularly stand out as intensely memorable, but was nevertheless a lovely and well-thought-out, country-flavored ballad examining the joys of weathering the ups and downs of a long-term relationship. He managed here to get Shelton to admit that Ranger would fit in nicely on country radio, as well as inspire coach Gwen Stefani to call his voice “beautiful.”

Which one of the finalists will be crowned The Voice champion in 2020? Tune Tuesday (Dec. 15) on NBC to see who scored the most votes and wins Season 19!