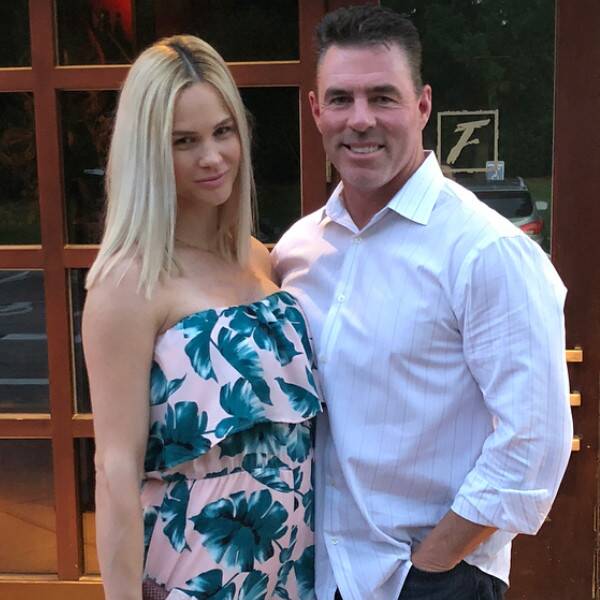 Jim Edmonds is speaking out about recent allegations made by his estranged wife, Meghan King Edmonds.

In the latest Intimate Knowledge podcast episode, posted Monday, Meghan said she’s going through “a tumultuous time in my personal life.” She went on to share, “I found out yesterday that my ex is allegedly having an affair, seeing somebody.”

Over the next few years, Meghan explained, she became skeptical of this woman and her relationship with Jim, whose name was bleeped out of the podcast episode.

Later on in the episode, Meghan said that Jim went to Cabo, amid their son Hart’s treatment therapy. As the reality star revealed in July, Hart has “irreversible brain damage.”

She went on to call the situation “hurtful.”

In response to Meghan’s claims, Jim tells E! News, “I am tired of the lies for publicity. I filed for divorce over 90 days ago. Meghan has filed as well. The marriage is and has been over.”

“I was invited to a surprise birthday party this weekend for one of my best friends and decided to bring a date. There is no affair going on here,” Jim says. “It has been a plus one for the weekend. The woman I am in Cabo with is not her friend. They have not spoken in over three years.”

Jim also alleges that, “As far as threesomes go, there were a more than few initiated by Meghan and only Meghan. Recently, I have learned that she carried on with a few of these women without me being present. Would that not being considered cheating? How can she have a podcast talking about intimacy and relationships when she has neither?”

“It makes me sick that she is using our child as a crutch for the whole world to see,” Jim tells E! News. “He is responding well and thriving more every day.”