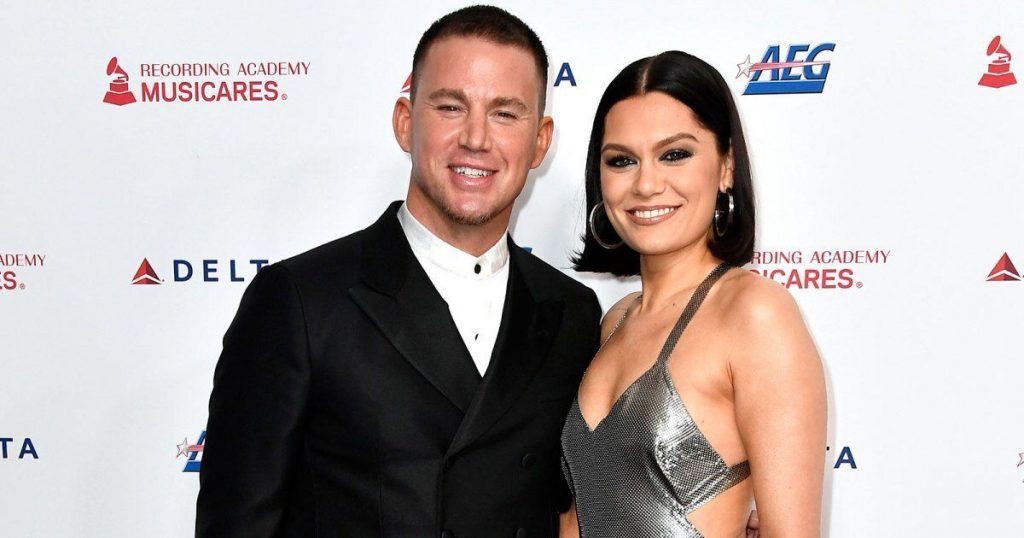 
Jessie J is elated to be by her boyfriend Channing Tatum‘s side.

After making their red carpet debut on Friday following their rekindled romance, the singer, 31, shared a PDA-filled video from their date night at the MusiCares Person of the Year gala in Los Angeles.

“When you put the outside whispers, noise and comparisons on MUTE and turn YOUR life volume UP full blast,” she captioned the clip of Tatum, 39, kissing her.

“When you surrender and fearlessly act on the truth that always was. Love GLOWS and GROWS in a different way,” the star continued. “Happiness from the inside out. I love you so much baby @channingtatum.”

The U.K. native added, “The way you love me and the way I love you and the way we feel it is all that matters.”

Tatum — who was first romantically linked to Jessie in October 2018, six months after calling it quits with his wife of nine years Jenna Dewan — commented on his girlfriend’s post, leaving over 40 red heart emojis.

RELATED: Channing Tatum and Jessie J Are Back Together After Month-Long Breakup: Source

In December, PEOPLE confirmed their split with a source saying at the time that the two parted ways as “good friends” without any “drama.”

And on Friday evening, just hours before they hit the red carpet, the actor confirmed their relationship status after about a month apart. “Gonna watch this unicorn sang tonight. Then we gonna get it in! Horns out!” he wrote in the caption for the silly selfie, which showed him and Jessie wearing unicorn hats as she gave him a sweet kiss on the cheek.

RELATED: Channing Tatum and Jessie J Make Red Carpet Debut After Confirming Their Romance Is Back On

That same night, the father of one defended his on-again girlfriend in the comments section of his post when he responded to a user who said Dewan “looks better” with him.

“I don’t usually address s— like this,” he wrote. “But you seem as good of a terrible happy people hating thoughtless person as any of them. Why don’t you seriously think about what you’re doing. It’s hurtful and I ain’t about it.”

Tatum added, “And ain’t nobody more stunning and beautiful to look at but even more as a human than Jess. And yeah that includes my ex. Sorry about your opinion. But what I said is facts. Just facts. Ok bye be careful with your actions it’s what you create for yourself.”