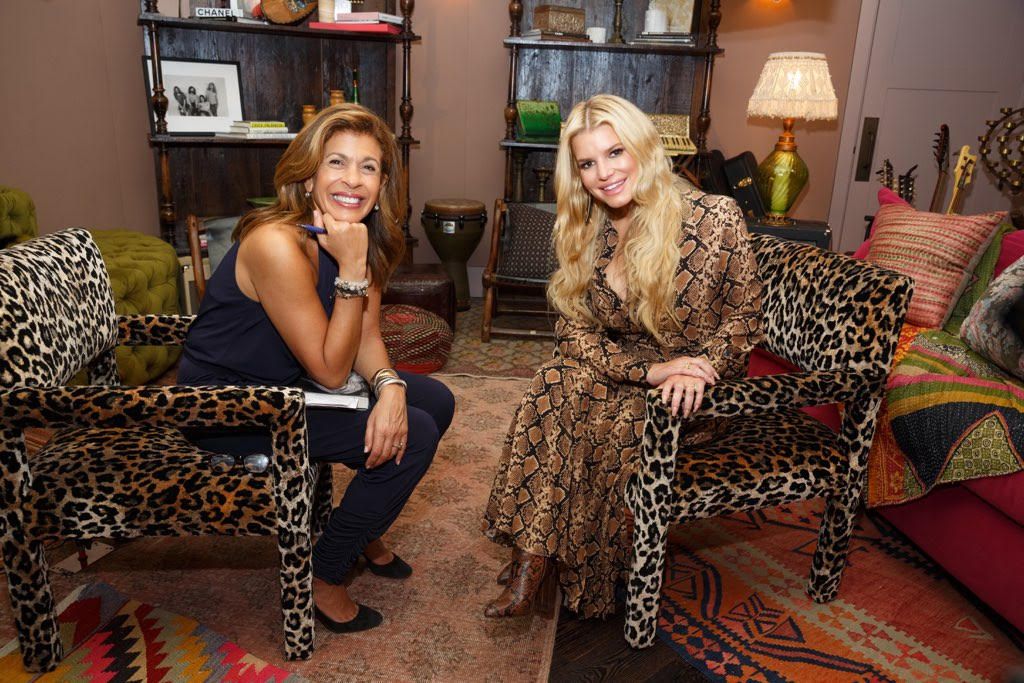 
Jessica Simpson says that in the throes of her addiction, she “completely didn’t recognize” herself.

The entertainer turned fashion mogul, 39, gave her first TV interview promoting her memoir Open Book to the Today show. The full interview airs Wednesday, but in a preview, she talked about her “spiral” with alcohol and how it became an everyday thing — as well as why she decided she “had to surrender.”

“I had started a spiral and I couldn’t catch up with myself,” Simpson admitted Hoda Kotb. “I was just like spiraling, chasing my tail. And that was with alcohol.”

The Dukes of Hazzard star admitted, “Every day I would say it,” referring to how she acknowledged her alcohol dependency to her inner circle. “And I would say it openly to everyone: ‘I know — I’ll stop soon. I’ll cut back.’ But for me to cut back — I’m an all or nothing girl. I didn’t know that it was a problem until it was.”

Simpson said she “always had a glitter cup” that she drank out of. “It was always filled to the rim with alcohol.”

Simpson, who was also addicted to pills, got sober after hitting rock bottom on Halloween 2017. She started drinking early that morning — prior to attending her daughter Maxwell’s 7:30 a.m. school event — and later that day she was too drunk to get her kids, also including son Ace, into costume for the party they were hosting. She still doesn’t remember who dressed them.

“I completely didn’t recognize myself,” she said of her lowest point.

After the Halloween debacle, her friends had an intervention. Simpson then turned to a team of doctors to help her fight her addiction with one telling her that her life was in danger over her dependency.

Simpson and husband Eric Johnson had their third child, daughter Birdie, in March 2019. The former football player has been a huge support to the star with Simpson revealing in her book that he gave up alcohol too in solidarity.

She added, “It’s just the way he is. He’s a very selfless and loving person who is the most incredible father on the planet.”

Open Book comes out Feb. 4 and Simpson recorded the audiobook, which includes new songs inspired by the memoir. The book also details her first marriage to Nick Lachey, her turbulent relationship with John Mayer and how a music exec advised her to take diet pills to keep her weight at 103 pounds.