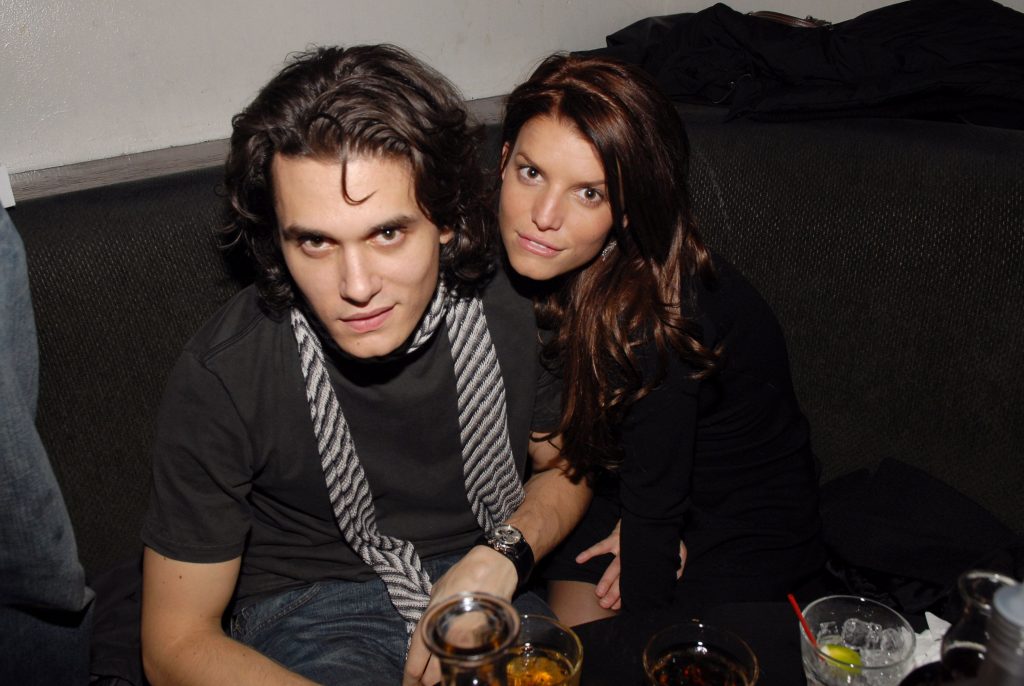 
Jessica Simpson saw intimate details of her relationship with John Mayer spread all over the internet — thanks to his loose lips — and her new book details what it was like to go through that humiliation publicly.

In an excerpt of her secret-spilling new memoir, Open Book, the singer, actress and fashion mogul, 39, reveals that she met the musician, who once dubbed her “sexual napalm,” at Clive Davis’s Grammy party in January 2005, while she was still married to Nick Lachey. Mayer, 42, complimented a song she wrote and they started corresponding, with their notes quickly became more intimate.

Over Thanksgiving weekend that year, Simpson and her Newlyweds: Nick and Jessica co-star announced their separation after three years of marriage and she filed for divorce weeks after that. Simpson jumped back into the dating game, but her pen pal Mayer told her “he wanted to have all of me or nothing.”

For months, they dated in secret, Simpson said, with it becoming news in August 2006. She said she fell in love with him immediately and it seemed mutual.

“Again and again, he told me he was obsessed with me, sexually and emotionally,” she wrote.

However, she said Mayer also made her feel insecure. Often portrayed as the ditzy blonde (“Is this chicken … or is this fish?”), she had self-doubts that she matched up to the “witty” singer intellectually.

“I constantly worried that I wasn’t smart enough for him,” she wrote. “He was so clever and treated conversation like a friendly competition that he had to win.”

It caused constant self-doubt — to the point where she would have a friend check her texts to make sure she didn’t make any grammatical errors before sending them to Mayer.

“My anxiety would spike and I would pour another drink,” wrote Simpson, who also revealed in the book that she struggled with addiction before getting sober in 2017 and was sexually abused as a child. “It was the start of me relying on alcohol to mask my nerves.”

Reflecting on that relationship, which publicly ended in the summer of 2007 but seemingly continued on an off behind closed doors, she wrote, “He loved me in the way that he could and I loved that love for a very long time. Too long. And I went back and forth with it for a long time. But it did control me.”

In 2010, Mayer — who went on to date Jennifer Aniston after his split with Simpson — gave an interview to Playboy sharing intimate details about his sex life with Simpson. He infamously said, “That girl is like crack cocaine to me. Sexually it was crazy… It was like napalm, sexual napalm.” And he didn’t stop there, adding, “There are people in the world who have the power to change our values. Have you ever been with a girl who made you want to quit the rest of your life? Did you ever say, ‘I want to quit my life and just f**kin’ snort you? If you charged me $10,000 to f**k you, I would start selling all my s**t just to keep f**king you.”

Simpson — who described herself as “disappointed” at the time, says in her book that Mayer “thought that was what I wanted to be called. I was floored and embarrassed that my grandmother was actually gonna read that.”

She added, “A woman and how they are in bed, is not something that is ever talked about. It was shocking.”

They were still in touch, but that was the end of it — with Simpson deleting his number.

“He was the most loyal person on the planet and when I read that he wasn’t, that was it for me,” she said. “I erased his number. He made it easy for me to walk away.”

Simpson did give him credit for publicly apologizing. (At the time, she said she didn’t accept and made it clear, “He’ll never have this napalm again.”) She also said that Mayer is largely aware of her reflections of their time together.

“I think he knows a lot of this about me already but he doesn’t know the perspective I have as a woman,” she said. “That was Jess in her 20s.”

The book also details finding love again with her second husband, former football player Eric Johnson, whom she started dating months after that Playboy interview. The parents of three had a connection she had never had before, she said. She described him as a “selfless and loving person.”

Open Book goes on sale Feb. 4 and also details Simpson’s private battle with alcohol and pill addiction and how she got sober in 2017 after hitting rock bottom. She said her dependency stemmed from childhood trauma, having been sexually abused starting at age 6. She also recorded the audiobook, which will include new songs she says are inspired by her memoir.