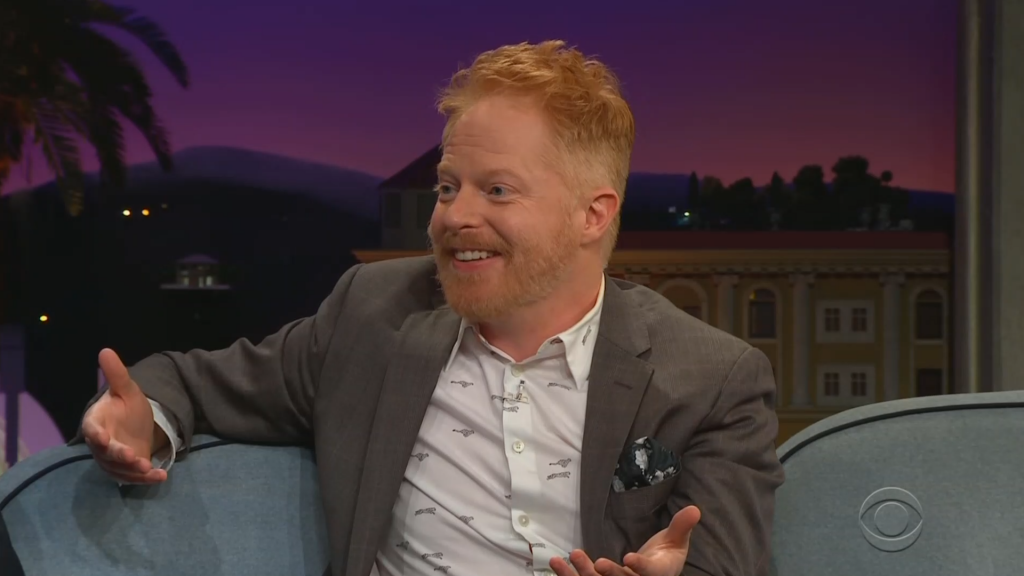 Jesse Tyler Ferguson reveals he and his husband are expecting [Video]

Modern Family star Jesse Tyler Ferguson stopped by The Late Late Show With James Corden Wednesday night, where he revealed that he and his husband are officially starting a modern family of their own.

Ferguson, who was telling Corden’s other guest Charlie Hunnam what to expect in his 40s, shared, “That’s when you finally become an adult, I feel. Like, I need to start getting serious about things.” Ferguson then shared his little, but big, secret.

“Actually, this is something I haven’t even mentioned to anyone, and if we could just keep it between the three of us and you all,” Ferguson declared to the audience. “I’m actually expecting a baby in July with my husband.”

Having a baby with husband Justin Mikita has been on Ferguson’s mind since at least November 2017, when the actor revealed in an interview that he and Mikita were “very excited to become dads in the near future.”

Ferguson joked to the Late Late Show audience Wednesday, “But, sh. Don’t tell anyone. Let’s just keep it between us,” before adding, “But I’m very excited. But it feels like I’m 44 now. I’m like, let’s get this show going. I mean, it’s already, tick tock.”

When asked if he knows if he’s having a boy or a girl, Ferguson simply joked that he’s having “a human.”

Ferguson will be saying goodbye to his long-running hit show of 11 seasons, Modern Family, this April when it airs its series finale. Fortunately, this July, he’ll be saying hello to his new modern family.

The Late Late Show With James Corden airs weeknights at 12:37 a.m. on CBS.

Watch ‘This Is Us’ normalizing mental health in the black community, which viewers were praising on social media: