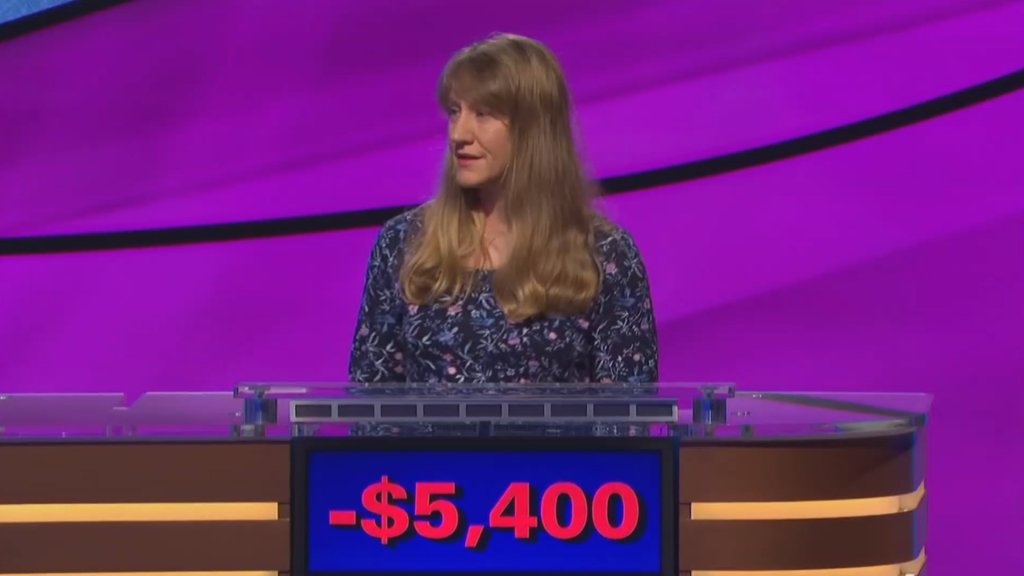 The stay-at-home mom from New York struggled mightily throughout the match. She only managed to answer two questions correctly and finished with -$5,400, disqualifying her from the Final Jeopardy! round.

It was clear to viewers that she was battling nerves the entire time. Even Alex Trebek said, “Priscilla, I think nerves got the best of you today…You were just so nervous.”

While it was a bad for Priscilla, her disappointing game really seemed to resonate with fans and former contestants. In fact, many people took to Twitter to voice their support for the dejected contestant.

Priscilla, you got to that rare COLD air of stage 10. Only 400-odd people get to be #Jeoputants in a given year, and you are among us now! With love from Jimmy and Gladys’ Littlest Angel… #Jeopardy

#Jeopardy If anyone who knows Priscilla sees this, pls let her know a lot of us out here are very sympathetic and are happy for her that she got a shot at Jeopardy (I can’t even get past my own anxiety and loathing of being filmed to take the test myself). Take care, Priscilla ?

Shout out to Priscilla on Jeopardy. I doubt I would qualify for the show but, even if I did, I know I would 100% be too anxious to travel to CA for the taping. Anxiety is a MF. pic.twitter.com/WWC7Yv1sxp

Priscilla When I was on #Jeopardy 30 years ago and finishing in last place, #AlexTrebek told me the fact that I just made in Onto the stage was proof I was a Jeopardy champion. Tens if not hundreds of thousands try. You made it ! Well Done

Priscilla is a warrior who stuck it out in a situation where I would have wanted to bolt from the stage. Huge respect for this woman making it on the show, something most of us couldn’t accomplish. ??? #Jeopardy

Dear Priscilla,
You did your best tonight. Anxiety sucks, trust me I know. You keep your head up and remember what a badass you are for even passing the #Jeopardy test. Love and hugs for you!

Even though Priscilla lost the match, she definitely won over viewers. In a game in which some people seem to have almost an inhuman intelligence, sometimes it’s nice to see someone struggle. Not because it’s entertaining to watch someone fail, but because it’s relatable.

Plus, she got to be on national television and go home with $1,000. So in the end, maybe it wasn’t such a  terrible, horrible, no good, very bad day after all?

Jeopardy! is a syndicated program so visit Jeopardy.com or check you local listings for TV schedule.

Watch as Pat Sajak returns to ‘Wheel of Fortune’ and heaps praise on Vanna White for hosting: