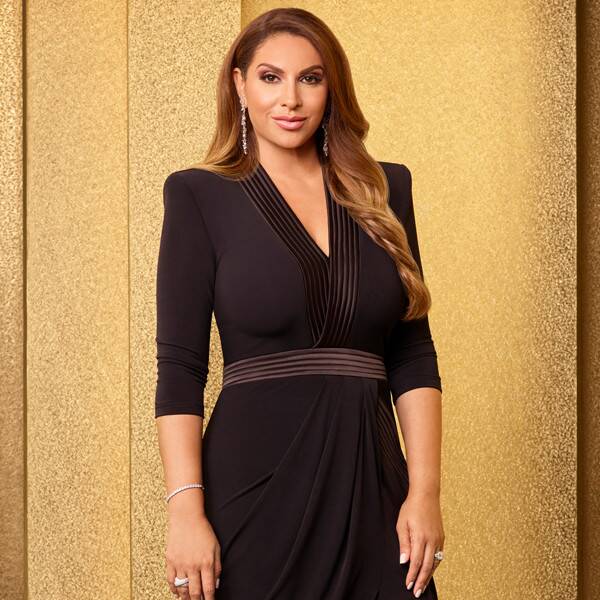 There are three things you don’t discuss at the dinner table: politics, religion and money.

However, on Wednesday night’s all-new Real Housewives of New Jersey, this notion was blatantly ignored as Jennifer Aydin kept fixating on Jackie Goldschneider‘s wealth while in the Hamptons. Of course, this drama came to a head when it was revealed that Aydin accused Goldschneider of being “cheap” after serving pizza at her kid’s birthday party.

But, let’s back track…

During the gang’s first night in the Hamptons, things took an awkward turn when Aydin grilled Goldschneider about her family’s money. The topic of money arose after Melissa Gorga revealed at dinner that Goldschneider had her husband Evan sign a prenuptial agreement. As highlighted in a flashback, Jackie confessed to having “family money.”

“You got family money?” a shocked Aydin noted in reaction to the news.

According to Jackie, she decided on having a prenup “out of respect for [her] parents,” who worked “really, really hard” for their wealth. While this simple explanation should’ve been the end of the conversation, Aydin couldn’t help but dig for specifics.

Not only did Aydin ask Goldschneider about her knowledge of stocks, but she also inquired if her RHONJ peer had other Hamptons properties. Oh, and she boldly asked Jackie if she made more money than her husband.

“Jennifer has no filter, we all know that. But, I have to say, she’s really digging the info out of Jackie,” Gorga expressed in a confessional. “And that’s no easy task, because Jackie is a very private person.”

While Jackie assured the ladies that she and her husband both contribute a lot to their overall wealth, she also mentioned that she doesn’t “talk about money.”

“Asking somebody straight up how much money they have is rude,” Jackie reflected later on. “And no matter how much money Jennifer has, you can’t buy class.”

Per Jennifer, her fascination with Jackie’s wealth comes from the fact that she doesn’t come from money and defended it’s a common topic in Middle Eastern culture.

“I have the biggest house here, yet that’s my only house,” Jennifer awkwardly added.

Even though Jackie laughed off Jennifer’s questions, she still felt uncomfortable about the discussion the next day. Thus, Jackie confided in Melissa, Teresa Giudice and Dolores Catania about her discomfort.

Ironically, in another boutique, Jennifer once more brought up Jackie’s wealth. Specifically, Jennifer told Margaret Josephs that she thought Jackie was actually “cheap.”

“You know, her kid’s birthday party she had just pizza,” Aydin remarked. “After knowing everything she has, she just seems a little stingy to me.”

Although Josephs defended that it was just Goldschneider’s “value system,” Aydin double down and said their friend “just didn’t want to spend the money.”

In typical RHONJ fashion, this conversation came up while the whole gang grabbed lunch.

“You’re implying that I got cheap with the party that I threw my children because I didn’t feed you gourmet food during it?” Jackie snapped at Jennifer. “You know what my children wanted at this party? They wanted pizza and f–king Nutella cake.”

As Jackie explained the frugal price tag wasn’t “about spending,” Jennifer accused her of being condescending.

“Take the stick out of your ass and enjoy life for a while,” Jennifer retorted.

“I spend it when I want to spend it,” Jackie clapped back.

This comment had Jennifer accusing Jackie of not spending her wealth on her own children.

“I am on fire. That’s talking about me as a parent,” Jackie stated to the RHONJ camera. “Saying that I took something away from my kids and I made something less special because I was being cheap. It really is a new low for Jennifer.”

Eventually, the other housewives were dragged into the feud, finding themselves on opposite sides of the argument. Yet, when Jennifer said pizza and cake would be a “playdate” for her and that the kid guests have likely forgotten the party, Melissa decided it was time to step in and defend Jackie.

“Guess who’s winning? This mother–ker right here,” Gorga expressed to the table. “Because, she’s a saver. She’s very smart, she’s not about the show. In the long run, you watch, whose children are set up nice in 30 years.”

“Are you saying my kids aren’t gonna be successful in 30 years?” an enraged Jennifer shot back.

As things became more heated, Jennifer found herself throwing cutlery at Melissa and demanding an answer to her question. Will this RHONJ feud result in an all-out war?

For that answer, be sure to watch next week’s all-new Real Housewives of New Jersey.