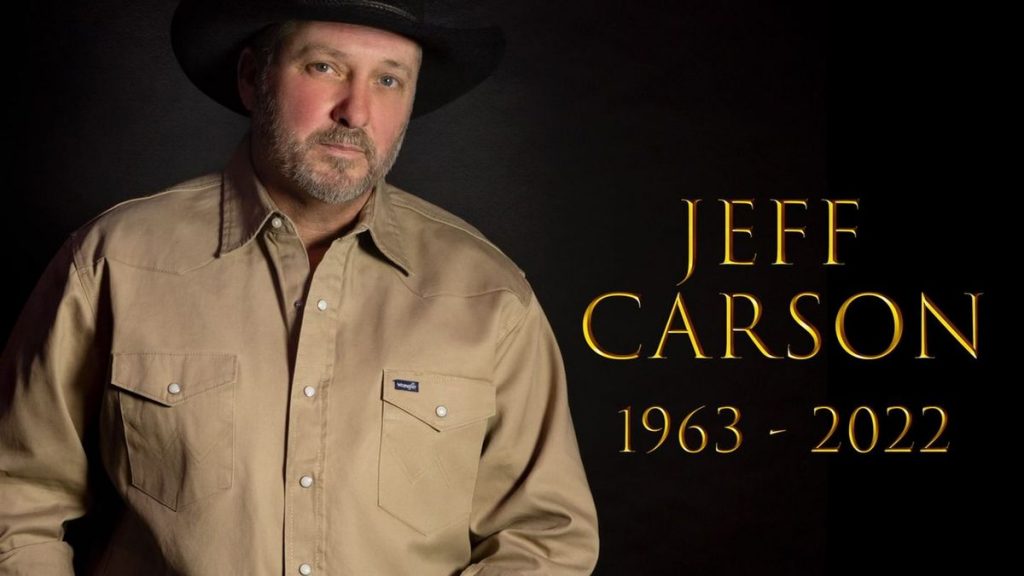 Jeff Carson, Known For Hit Songs “The Car” and “Not On Your Love,” Dies

Chart-topping country singer Jeff Carson died of a heart attack on Saturday at Williamson Medical Center in Franklin, Tennessee. He was 58 years old.

He formed a band in Rogers, Arkansas, and later moved to Branson, Missouri, en route to Nashville. Once in Music City, he recorded demos for artists including: Tracy Byrd (“Walkin’ To Jerusalem”); Tracy Lawrence (“I See it Now”); Reba McEntire (“The Heart Is A Lonely Hunter”); Tim McGraw (“I Wouldn’t Want It Any Other Way”); Faith Hill (“It Matters To Me”); Mark Wills (“Places I’ve Never Been”); Diamond Rio (“Mirror Mirror”) and more.

With the help of Chuck Howard, Carson landed his first recording contract in 1995 at Curb Records and released hit singles “Not On Your Love” and “The Car.” The video for “The Car,” a Top 5 hit, earned Carson his first Academy of Country Music award for “Video of the Year.” Carson charted 14 singles throughout his career before retiring in 2009 to become a law enforcement officer with Franklin Police Department in Williamson County, Tennessee. He was still a member of their police force when he died.

Carson’s badge didn’t mean he was finished with music. In 2019, he signed a deal with MC1 Nashville to recut and release a previously recorded song, “God Save The World,” which charted on the Music Row Top 40 chart. Recently, he signed with Encore Music Group and was recording an album due out later this year that includes duets with Michael Ray, Darryl Worley, Mark Wills, and Craig Morgan.