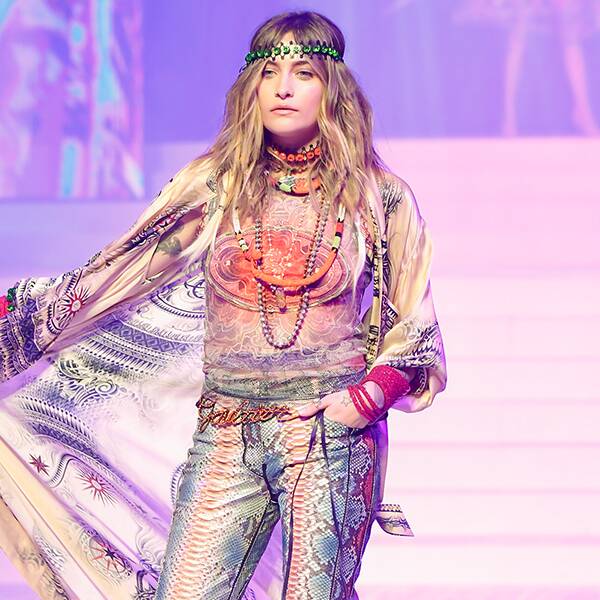 Jean-Paul Gaultier is going out with a bang.

On Thursday, celebrities, designers and influencers galore gathered at the famous Theatre Du Chatelet in Paris to witness a show they won’t soon forget. The crowds watched in awe as Bella Hadid, Gigi Hadid, Dita Von Teese, Paris Jacksonand so many more famous models strut across the catwalk in outrageous, beautiful ensembles designed by none other than Jean-Paul Gaultier himself.

But this show wasn’t unforgettable for it’s star-studded rotation of models or for having Boy George performing—that’s par for the course. It’s an unforgettable show because this marks the end of Jean-Paul’s reign as the King of Haute Couture. After 50 years in the fashion industry, the renowned designer made his final bow.

On Jan. 17, the 67-year-old revealed via social media, “This show celebrating 50 years of my career will also be my last. But rest assured Haute Couture will continue with a new concept.”

According to The Guardian, his exit from haute couture doesn’t mean he’s hanging up his scissors anytime soon, instead he’s going to shift his focus to his “high-end fashion and perfume business.”

Nonetheless, his presence at the couture shows will be missed. After all, he’s the designer who created Madonna‘s iconic cone bra and so many more historic looks.

To see which models and stars made an appearance at the artist’s final couture show, check out the gallery below!

The 67-year-old star celebrates his final show in the arms of his very own models.

After many years wearing designer looks on the red carpet, the star makes her debut on Gaultier’s runway.

The star has many green with envy in this revealing look.

The model struts down the runway in a sleek and chic ensemble.

The Queen of Burlesque makes a fashionable appearance in a literal belted dress.

Only those with good karma (chameleon) get a chance to see the singer.

Boy George and Jean-Paul share a sweet moment as the show draws to a close.

The model shows off her slim figure in a long-sleeve jumpsuit.