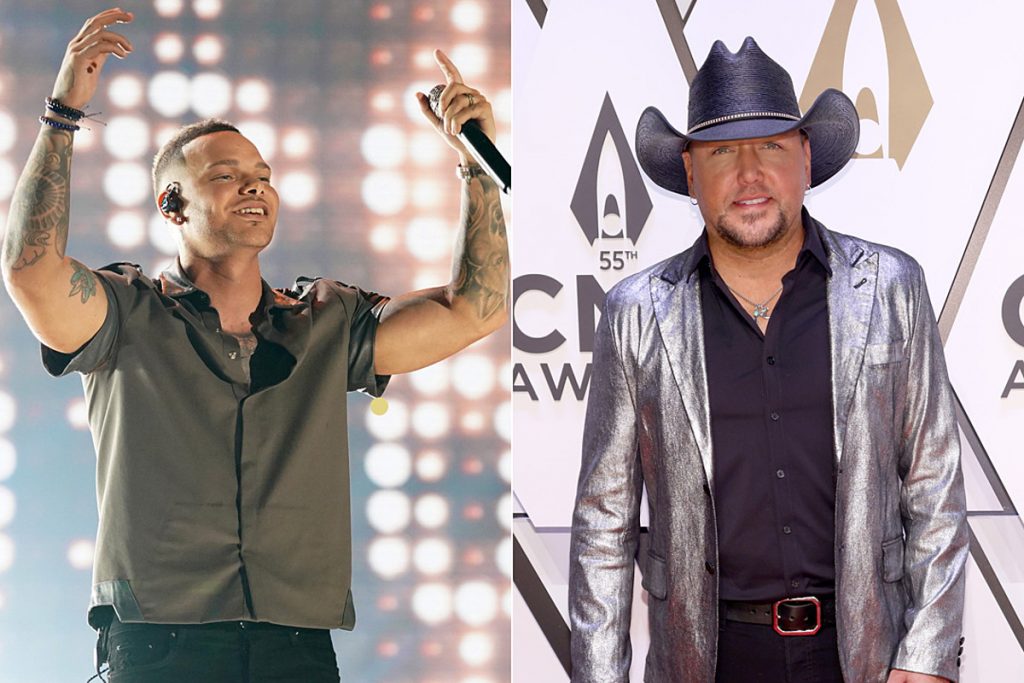 As a fan of the WWE, I am so excited to be a part of this wrestling-type storyline between Jason Aldean and Kane Brown. It all started a last year, when I asked Dan Smyers from Dan + Shay, “What’s something you can afford to do yourself, but like to do yourself?”

Dan replied with the fact that he still mows his own yard — with a push mower! I took this same question, along with Dan’s reply, to Aldean, who told me that he tinkers with stuff around the house and that his “thing” is that he handles all of the audio and video equipment at his house, because he can do it faster than calling someone out to the house to get it done.

A few weeks later, I brought Jason’s reply to Kane Brown and asked him the same question.

Instead of Kane answering, he laughed hysterically. “Aldean told you that? Aldean might be able to plug in a HDMI cord, but outside of that, that is it,” he replied.

Kane went on to dish about how Jason called one of their gamer friends and invited him to the house to set up a computer for him — that he couldn’t even do that himself.

So this past weekend, when I saw Jason Aldean ahead of the ACM Awards, I asked him about this … he had actually already seen my article and what Kane said about him. So, when Kane was at Jason’s house recently, he brought it up — he brought up the trash-talking.

Jason said he wanted to clear the air, telling us, jokingly, “Kane’s an idiot.”

He was laughing, of course — he says he called their friend to help him with the software and setting up gaming on the computer, and that he has no problem setting up electronics at his house, despite what Kane says.

Wouldn’t you know it, five minutes later, I saw Kane Brown and I updated him with Jason’s response. hHe said that he was going to be the bigger man and let Jason have this one, but that I should know that he, Kane, is right.

For now, it seems as if this battle might simmer down. I grew up watching old school WWE and the Hulk Hogan vs. Andre the Giant feuds, and I’m so glad I get to be the Mean Gene of this Jason/Kane battle about at-home handiness and electronics setup.

Kane Brown sold this Nashville-area home for $900,000 in October 2020. Prior to selling the house, he actually let Jason Aldean and his wife rent it while they built their new house.