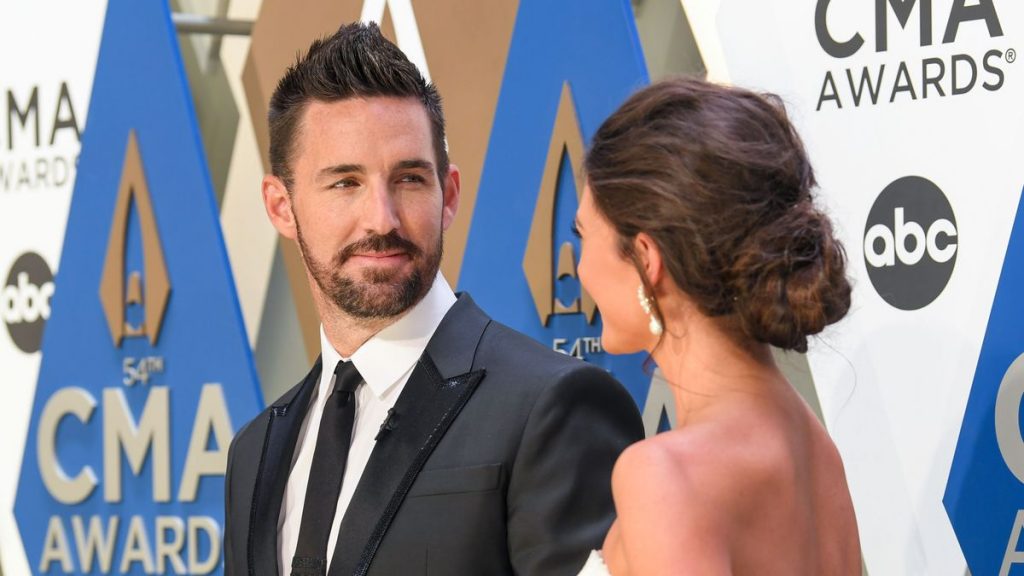 No caption was necessary on Monday night (Nov. 30) when Jake Owen shared some big, big news. Because the diamond ring did all the talking.

Owen posted an Instagram story with a picture of him and his girlfriend-turned-fiancé Erica Hartlein and their baby girl Paris, and in the photo, Hartlein is showing off the new engagement ring on her left hand.

The couple met in 2015 in a Restoration Hardware of all places. “(Erica) was an interior designer at Restoration Hardware, and I was buying a couch or something at the time. I remember it was after I was divorced, and I remember looking at her. I was just intrigued by how beautiful she was and how she was holding court in that store that day and telling people what they needed to do,” he’d said. “I never actually ever said anything flirtatious until a few weeks after that. After she was helping me. I was in the store, and I said ’Hey, you wanna get a beer sometime? I figured if I didn’t ask you for beer, I’d never know if you would wanna go get one.’ And she was like, ’Sure, let’s go.’ So, we went to the Red Pony in Franklin.”

Hartlein is the one who steals Owen’s heart in his “Made for You” video. The ballad — Owen’s latest single — was written by Benjy Davis, Joey Hyde and Neil Medley.

In another photo from his Instagram story, Owen shared a shot of his jeans and boots, with the telltale dirt on his right leg. “Dat durrrrty knee,” he wrote, presumably because he proposed on bended knee.