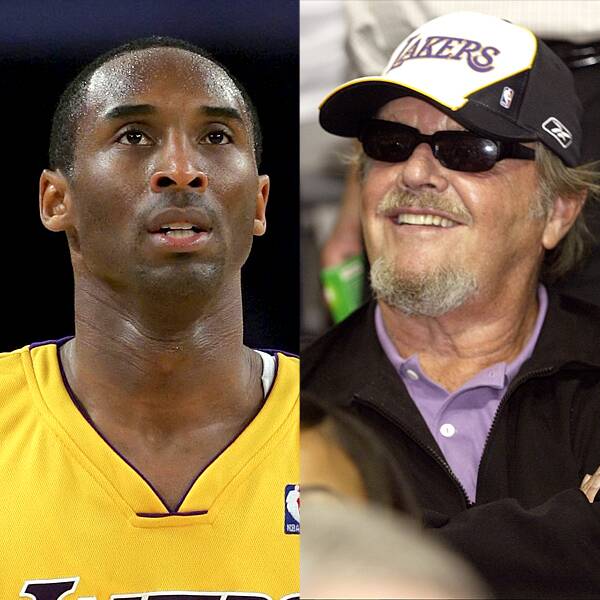 Around Kobe Bryant, Jack Nicholson knew he was in the presence of greatness.

Though the 82-year-old Oscar winner has retreated from the spotlight in recent years, he remained a committed Lakers fan, stepping out just to cheer on his team at the Staples Center. And today, as the world mourns Bryant’s devastating loss, he is paying tribute to the NBA legend. “My reaction is the same as almost all of L.A., where we think everything’s solid, there’s a big hole in the wall.” Nicholson said in a rare interview with CBSLA. “I was used to seeing and talking to Kobe…it kills you. It’s just a terrible event.”

Their first encounter, however, will make you smile. “I teased him,” the actor recalled. “It was at the Garden in New York and I offered him a basketball and asked him if he wants me to autograph it for him. He looked at me like I was crazy.”

Overtime, he became Bryant’s cheerleader. “I sat right behind his jump shot on the left hand side,” he said. “I can see him going up and I can tell the first instant if it’s going in.”

“I remember the totality of how great a player he was,” Nicholson added. “We’ll think of him all the time and we’ll miss him.”

On Sunday, the 41-year-old superstar died when his helicopter crashed into a hillside in Calabasas, California. The fatal accident killed all nine passengers on board, including Bryant’s 13-year-old daughter Gianna “Gigi” Maria-Onore Bryant.

While Madison Square Garden, the Staples Center and LAX paid tribute to the fallen star by lighting up in purple and gold, his friends and fans—including Derek Jeter, Gigi Hadid and Barack Obama—took to social media to honor on of the greatest athletes of our time.

“Words can’t describe the pain I’m feeling,” his former teammate Shaquille O’Neal wrote. “I loved Kobe. He was like a little brother to me. We used to talk often, and I will miss those conversations very much. He was a fierce competitor, one of the greats of the game and a creative force. Kobe was also an amazing dad who loved his family deeply—and took great pride in his daughter’s love for the game of basketball.”

Our thoughts are with all of the families affected by this heartbreaking tragedy.