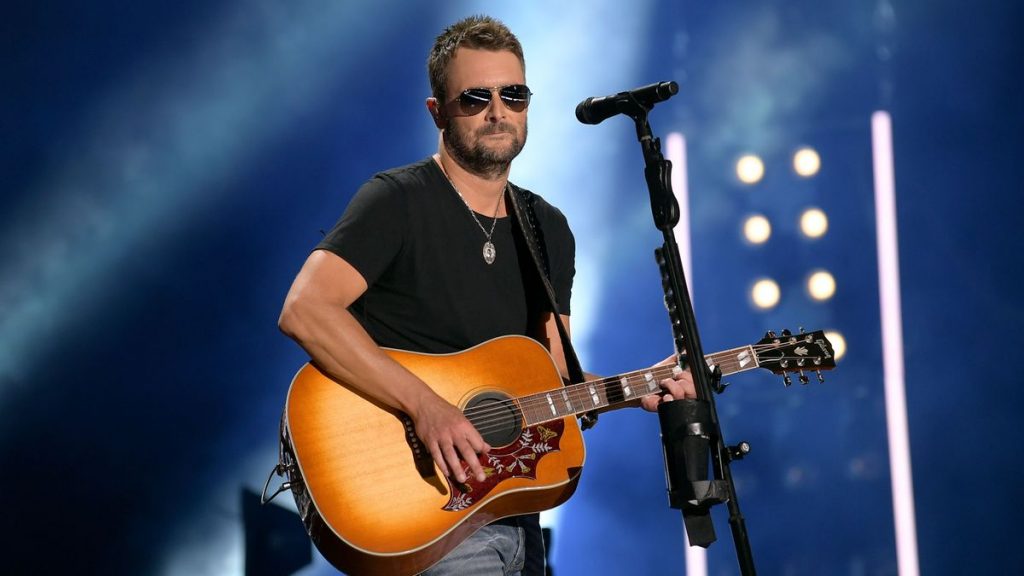 “I’ve Never Been Able to Play Somebody a Song and Get Them to Get Me”http://www.cmt.com/” CMT

In 2007, Eric Church was just another one of the CRS New Faces.

But at this year’s 2020 Country Radio Seminar — 13 years later — he was back as the event’s keynote speaker on Thursday afternoon (Feb. 20).

Church started with remarks about chasing creativity, how that’s always been what has driven him, and has always kept things interesting. “There have been some spectacular crashes and some spectacular successes. That spirit. That freedom of when you play music here (in your heart) and not here (in your mind), it matters. I believe people feel that,” Church said early in his hour-long session. “I try to put myself in the most uncomfortable situations. I make sure it’s hard, and make sure it’s left footed. For me, it’s about chasing that thing that’s really hard to catch. It’s elusive.”

The other New Faces that year were Miranda Lambert, Rodney Atkins, Jack Ingram and Trent Tomlinson.

Five years after that 2007 CRS, Church had his first No. 1 song at last. “Drink in My Hand” and “Springsteen” were both bona fide hits. That said, “Smoke a Little Smoke” and “These Boots” weren’t hits, per se. But the way Church defines what a hit songs is isn’t necessarily the way radio stations define what a hit song is.

“You can have 20 No. 1 hits — I don’t know what that’s like — but a lot of time there’s no differentiation. You can also have no No. 1 songs,” he explained, “or you can name 7-10 songs. It’s a lot about how that speaks to the audience. What it says and does it stand out. We spent our entire career trying to be different when a lot of the stuff is molded to be the same. We always wanted to make people go, ’What is this? Who is this?’ That’s how we build that story.”

Church cited his 2009 song “Love Your Love the Most” to make his point. It was his first song in the top 10, and he couldn’t tell in the shows. “I didn’t feel any different. Then ’Hell on the Heart.’ Same thing,” he said. “But off that album (Carolina), we had ’Smoke a Little Smoke.’ And when we played that, the crowd would tear the walls down. And that was taboo to have a pro-marijuana song at the time. That ’Smoke a Little Smoke’ moment was the moment that we were able to be the artist I envisioned us to be.”

The rest of the discussion veered from path to path, much like his music does, and suited the industry crowd perfectly.

On his country peers bypassing him on the radio charts:
“The journey for me going through those things was where I found out more about myself as a songwriter and as a performer. I had more stories to tell and more hunger and more passion. All those guys and girls that were passing me on the charts — that was bugging me. But I was able to put that in here (in my heart). I wanted the music to get the attention it deserved. I finally decided I’m not going to be somebody else to have commercial success short term. I saw a lot of that. Guys and girls who had one or two or three hits, but then never got wider, and then the next artist came along.”

On feeling bold after the success of Chief:
“What I saw in front of me in the bars and clubs, it worked. It was no rules, let’s just go for it. It worked, and I trusted that. But the most creative record we’ve made to date would’ve been The Outsiders. Because my entire career, I’m the guy over here on the left. Then Chief comes along and I’m right square in the middle of the format. And it weirded me out. So when it was time, I knew I didn’t want to make Chief II.”

On how he measures success:
“No. 1 songs, at least for me, only line up every now and then where you have a song that creatively is what I want it to be and then it turns into a big commercial hit. That doesn’t happen all the time. But then you’ll have a song like ’Creepin” which doesn’t go top ten. But these songs leave an impact even though they didn’t go up the charts. ’Desperate Man’ was one, because I knew it was gonna blow people’s hair back because it was weird and odd. I wanted that. It was — to this day — if you walk up to somebody who is one of our fans, and say where did ’Desperate Man’ go on the charts, they would all say, ’No. 1, absolutely.’ Those people think I have like 30 No. 1s.”

On the extreme close-up of his Chief album cover:
“This is how thought out that was: my manager John Peet had a brand new camera and a new lens. And I had that on and the hat and shades. I was standing up against something, and he just walked up to me and snapped it. He showed it to me. I said, ’Tat’s the cover.’ I said, ’That’s the guy.’ The push back was, you can’t wear a hat because you have hair. Then it was, you can’t were shades because you have pretty eyes. I said, ’It’s gotta be this because this is the guy the fans see every night. We have to be that guy.’”

On waiting patiently for long-term success:
“It rattled me at times, early on. We could’ve put out singles, but I didn’t want the best radio song. I wanted songs that best defined me. That told my story. It’s like a book. You can’t figure out what the story is by reading one chapter. You’ve gotta read the whole book. Songs are like chapters. For me, everything I’ve ever done has been album based. I’ve never been able to play somebody a song and get them to get me. ’Two Pink Lines’ was a choice we made, because I’d never heard that subject matter, and we’ve done that our whole career. I loved the noise of ’The Outsiders.’ It debuted at No. 26 and that’s as high as it got, and I’m proud of that. You never know what’s coming. It’s about chasing things to different places.”

On the Church fan who misunderstood Mr. Misunderstood:
“We always put our fans first. The fans heard that first. We just sent it out early on vinyl to the fans, before we released it. And there was a fan on some radio show or a television show and they’re interviewing him because he got Mr. Misunderstood in the mail. And nobody knew it was coming. And he’s holding it. And they said, ’What is it?’ He says, ’It’s Eric Church’s new album. Maybe he just sent it to me.’”

On the challenges of being creative after tragedy strikes:
“That was such a hurtful time for everybody,” he said of the mass shooting at the Route 91 festival in 2017. “The hard thing for me in that was that what I love about music is that’s my safe spot. It should be everybody’s safe spot. Whether you’re listening in your car or at a concert. That should be escapism. Where you’re protected. And to have that happen, and have people who had our shirts on and didn’t make it home. That was a really dark time.”

Church performed “Amazing Grace” a capella shortly after that tragic day, at the 2017 CMA Awards. And as he said, “I’m no Chris Stapleton.”

In the room full of country radio insiders, Church found some common ground. “I had a vision. I wanted to do things my way. And I did. That’s what got us here,” he added. “We are all in this room here today because at some point in our lives, music did something to us. It touched us in some way.”

Church ended his CRS session with an acoustic version of his new song called “Jenny.”