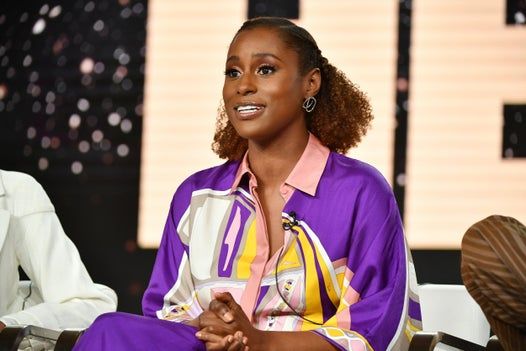 Issa Rae said a slow-moving teleprompter led to her subtle-yet-searing quip about the Oscars’ lack of diversity.

The ‘Insecure’ star went viral after reading out an all-male list of nominees for best director, then looking into the camera and saying “congratulations to those men”.

On Wednesday, she explained why she said it, saying at the Television Critics Association press tour: “We were told – Jon Cho and I – to just banter for five seconds as the teleprompter loaded.

“So that was my banter. I didn’t lie. I said congratulations and there were men there. So, that’s it.”

Many believe Little Women director Greta Gerwig should have been nominated, but several other female directors were snubbed.

Rae took aim at the Academy, saying: “I just think it’s unfortunate. The Academy needs to do better. I’m kind of tired of having the same conversation.

“I think every year, it’s something. So, for me, it’s just pointing it out when I see it. But I just don’t want to get too worked up about it. It is what it is at this point.

“It’s just the conversation that’s happening behind the scenes are what I’m most interested in. So, yeah, I don’t want to say too much more about it. It’s annoying.”