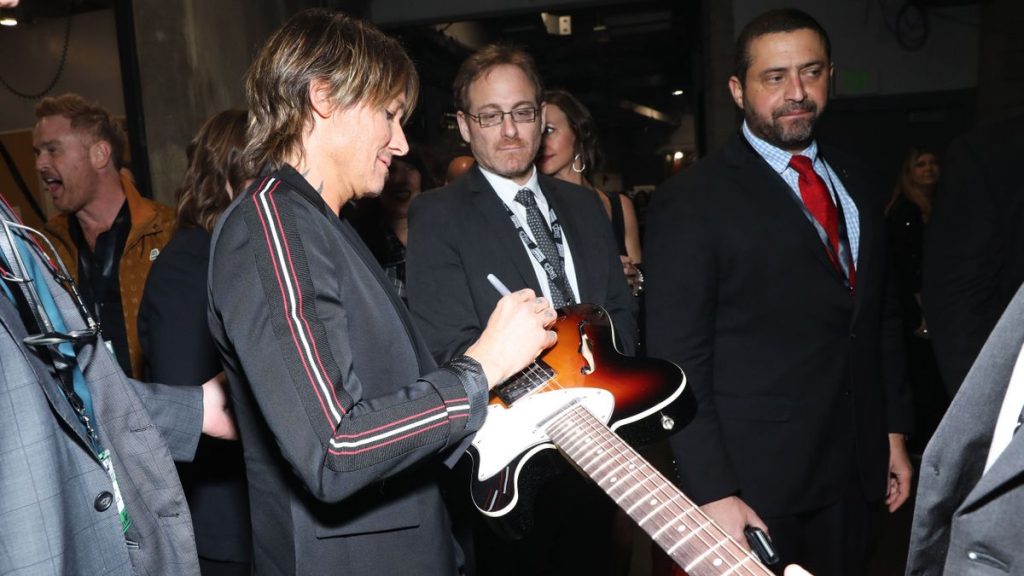 If Keith Urban Is “Anxious,” We Are Downright Shook

“ANXIOUS TO GET IT COMING OUT.” @KeithUrban shares his hopes that he’ll have a new album to drop late fall. pic.twitter.com/tUFiHH3ymJ

Oh, the things you learn when you scour the internet for some good Keith Urban news.

And we found some.

On his way into Sunday night’s (Jan. 26) Grammy Awards, Urban told the Associated Press that he had some news to share. Or rather, he had some music to share. Not just yet, but soon. As in, February.

“We’ve been working on it for the better part of all last year, and we’re anxious to get it coming out now,” Urban said of his much-anticipated next album. “So it’ll be coming out all throughout this year. We should have a new single next month, and then an album hopefully in the latter part of the fall.”

Urban’s last album Graffiti U was released almost two years ago, so his fans are more than ready for his 11th studio album. Maybe it’ll even include more songs co-written by Eric Church, like Urban’s latest single “We Were” was.

Urban’s next stop will be at home in Nashville, where he’ll be hosting the 7th Annual All for the Hall benefit show on Feb. 10. The proceeds will benefit the Country Music Hall of Fame and Museum’s education programs. Urban’s guest this year include Ingrid Andress, Brothers Osborne, Luke Combs, Lauren Daigle, Blake Shelton, Chris Stapleton, Tenille Townes and Tanya Tucker. A few tickets and VIP packages are still available here.