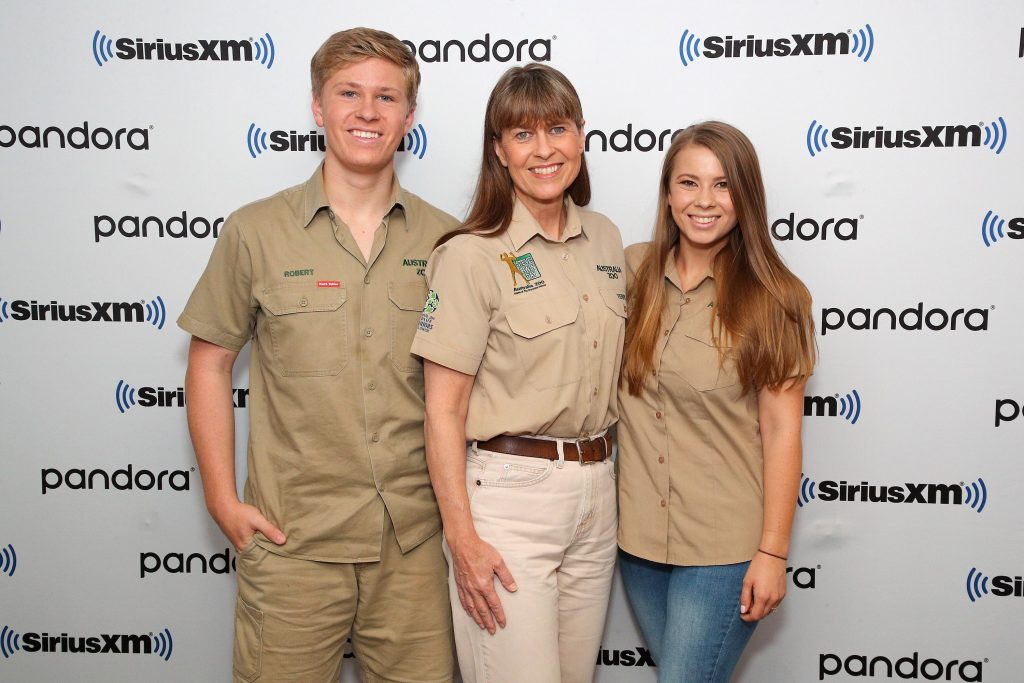 ‘I miss you and love you beyond description’

Bindi Irwin is honoring her late father, Steve Irwin on what would have been the famed Crocodile Hunter star’s 58th birthday.

“Dad, Today is your birthday. I had an extra strong cup of tea just how you liked it,” Bindi, 21, wrote in an Instagram post featuring a young photo of her laughing alongside her father as he held a porcupine. “I hugged Mum for you and told her how much we love her. Robert and I went on a hike through the mountains you cherished. I watched one of your documentaries with Chandler and shared stories about you.”

Bindi added, “I walked through your office in the zoo and smiled at our old family photographs. Today and every day I miss you and love you beyond description. You’re always with me.”

Steve Irwin passed away in 2006 at age 44 when he was attacked by a stingray off the coast of northern Australia, leaving behind his wife Terri, 54, and their two children Bindi and Robert, 16.

Robert also celebrated his father’s memory with a black-and-white throwback Instagram photo of the family joyfully posing on a bed of rocks.

“Family Always,” he captioned the shot. Bindi commented on her brother’s post writing, “My whole world.
Love you so much.”

Bindi’s mother Terri Irwin honored her late husband with a series of photos on Twitter. “Today would’ve been Steve’s 58th birthday,” she tweeted. “While my heart aches missing him every day, I’m determined to celebrate what he loved the most. He was happiest spending time @AustraliaZoo w/ @BindiIrwin & @RobertIrwin. He was my best friend, best dad, & built the best Zoo. I love you.”

“Thank you for inspiring me and the whole world to love all wildlife. You would be so proud of Bindi, Terri and Robert carrying on the amazing work you started,” Powell wrote. “We will all make sure your message lives on for generations.” Bindi and Chandler got engaged in July on her 21st birthday after reportedly dating since 2013.

Despite Steve’s tragic death, both Irwin children have followed in their father’s footsteps, starring on Crikey! It’s the Irwins along with their mother. But the family is also hard at work helping animals at home, too: They have treated more than 90,000 animals injured in the fires raging across Australia.

Earlier this month, Bindi’s mother Terri honored her late husband on what would have been the 28th anniversary of their engagement. ”It was 28 years ago today that here at Australia Zoo, Steve asked me to marry him. Life is always changing. Love lasts forever….” Irwin wrote in an Instagram post, which showed the couple embracing at the Australia Zoo where Steve proposed.