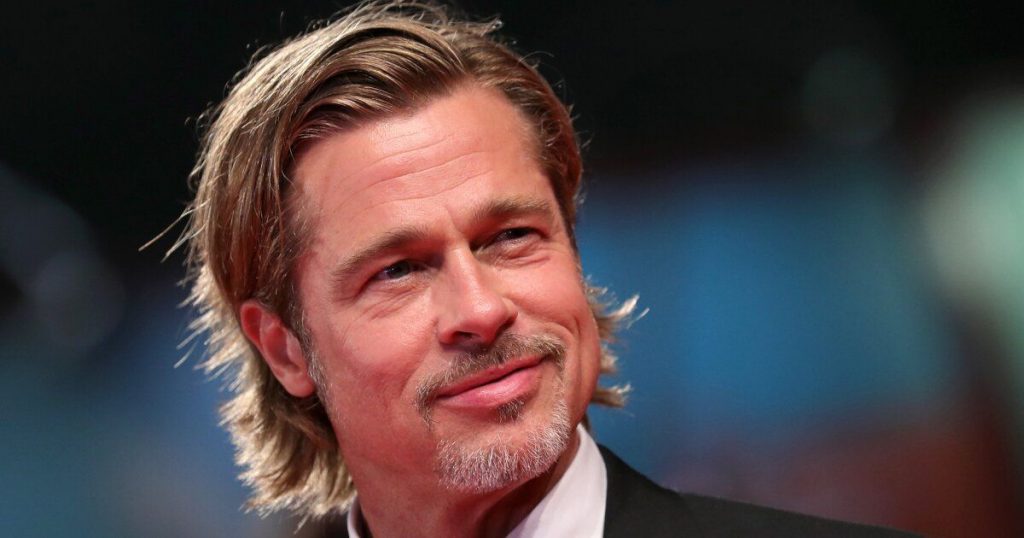 While walking the Screen Actors Guild Awards red carpet on Sunday, the actor spoke to PeopleTV about taking stock of his life now.

He continued, “I got friends, I got lovely kids, I like my coffee, I like my dogs. I’ve got no complaints.”

Pitt has six children with his ex-wife, actress Angelina Jolie. The two split in September 2016 after two years of marriage and 12 years together.

RELATED: Costars Leonardo DiCaprio and Brad Pitt Dance the Night Away After the SAG Awards

Earlier this month, the actor won for best supporting actor at the National Board of Review Awards in which he said his “goals in life now are pretty simple” as he listed standard aspirations like “to be happy” and “stay healthy.”

In listing his final goal, Pitt joked he hopes to stay clear of “a financial situation where I have to do Ocean’s 14,” adding, “We’ll see.”

The star won the SAG Award for outstanding performance by a male actor in a supporting role for his performance as an aging stunt double in Quentin Tarantino’s Once Upon a Time… in Hollywood.

RELATED: Brad Pitt Quips ‘I Gotta Add This to My Tinder Profile’ as He Wins SAG Award

The previous year was big for the actor, who had two films in theaters including the space drama Ad Astra.

Now in the awards circuit for Tarantino’s ninth film, Pitt has been making headlines, more recently for his reunion with ex-wife Jennifer Aniston backstage at the SAG Awards.

The two actors greeted each other warmly after winning in their respective categories.

The two stars were married for five years before their divorce in 2005.