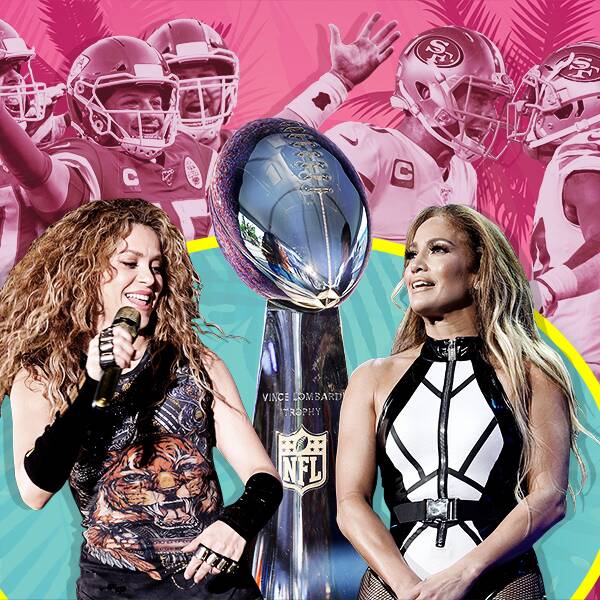 How to Fake Your Way Through Any Super Bowl Scenario

The San Francisco 49ers will face off against the Kansas City Chiefs at Hard Rock Stadium in Miami on Sunday.

Now, everyone watches the Big Game for different reasons. Some tune in for the football; some watch for the Halftime Show and the commercials; and some take part for the array of delicious snacks guaranteed to be served at a Super Bowl party.

Whatever your motive is this year, it’s important to be prepared for this Sunday and to have a good game plan. Just like the players, you’ll want to be able to handle any Super Bowl scenario thrown your away. But don’t worry! E! News is here to help you tackle them all.

So, check out the below guide to get game day ready. Whether you’re a total pro or a bit of a rookie, there’s something for everyone in this playbook.

When is the game?

How can I watch the game?

Fans can catch all of the action on Fox. Viewers can also stream the game via the Fox Sports app, FoxSports.com, the Yahoo Sports app, the NFL app and NFL.com.

The San Francisco 49ers are playing against the Kansas City Chiefs. The 49ers are part of the NFL’s National Football Conference while the Chiefs are part of the American Football Conference. Think of these conferences as Marvel and DC. Each has a series of franchises that belong to the same universe. Only here, the best of those two universes face off.

How do you win?

Like in any sport, the goal is to score points. Teams do this by moving the ball down the 100-yard field into the opponent’s end zone for a touchdown. To move the ball, the offense conducts a series of plays (or downs). It has four chances (or four downs) to move the ball at least 10 yards. This can be achieved through rushes (running with the ball) or passes. If the offense manages to move the ball at least 10 yards, it gets to keep the ball and attempt to move it at least another 10 yards. This continues until the offense makes it all the way into the end zone for a touchdown. Once the offense scores a touchdown, it gets six points. The offense then has the opportunity to kick the ball through the uprights of a goalpost for an additional point. It can also attempt a two-point conversion for two points.

However, it’s the job of the opposing team’s defense to prevent the offense from moving down the field. If the defense stops the offense from moving the 10 yards needed to achieve a down, the offense loses possession of the ball. The offense then has to punt the ball to the other team. Or, if the offense is close enough, it can attempt to kick a field goal for three points. The team with the most points after four quarters wins the game.

It’s not just about the sweet ring and the giant Vince Lombardi trophy. There’s also the bragging rights and the pride. This marks the Chiefs’ third trip to the Super Bowl. However, they haven’t been to the Big Game in 50 years. The last time they were there was in 1970, when they beat the Minnesota Vikings (anyone else now singing “Truth Hurts” by Lizzo?) and secured their first (and so far only) Super Bowl victory.

As for the 49ers, this is their seventh trip to the Super Bowl. The last time they were there was in 2013, when they lost to the Baltimore Ravens. However, they have five Super Bowl wins under their belt so far. If they win on Sunday, they’ll be tied with the Pittsburgh Steelers and New England Patriots for most Super Bowl wins ever.

Who are the main players?

Each team has 11 players on the field and 53 players on its overall roster. So, keeping track of all the athletes can be even more difficult than trying to remember every character in Game of Thrones.

Let’s start with the quarterbacks. Patrick Mahomes is the Chiefs’ quarterback. Last year, he was named MVP at the NFL Honors. If he leads his team to victory this year, he will join the Pittsburgh Steelers’ Ben Roethlisberger and the New England Patriots’ Tom Brady as one of the few quarterbacks to win a Super Bowl before the age of 25.

Jimmy Garoppolo is the quarterback for the 49ers. He already has two Super Bowl wins under his belt from his time as Brady’s backup on the Patriots. While he’s recently faced some criticism for handing off the ball instead of passing it, he’ll let the team’s record speak for itself.

Here are a few other athletes to name-drop this Sunday.

In terms of the 49ers’ offense, running back Raheem Mostert was a key player in the team’s last win against the Green Bay Packers. Tight end George Kittle has also had a strong season. As for their defense, cornerback Richard Sherman has dominated on the field—sealing the team’s place in the Super Bowl with an interception during their last game—and defensive end Nick Bosa was recently named NFL Rookie of the Year by Pro Football Writers of America.

As for the Chiefs’ offense, Travis Kelce has also made headlines this season. Back in December, he became the first tight end to record four-straight 1,000+ receiving yard seasons. As for the team’s defense, keep an eye out for defensive tackle Chris Jones.