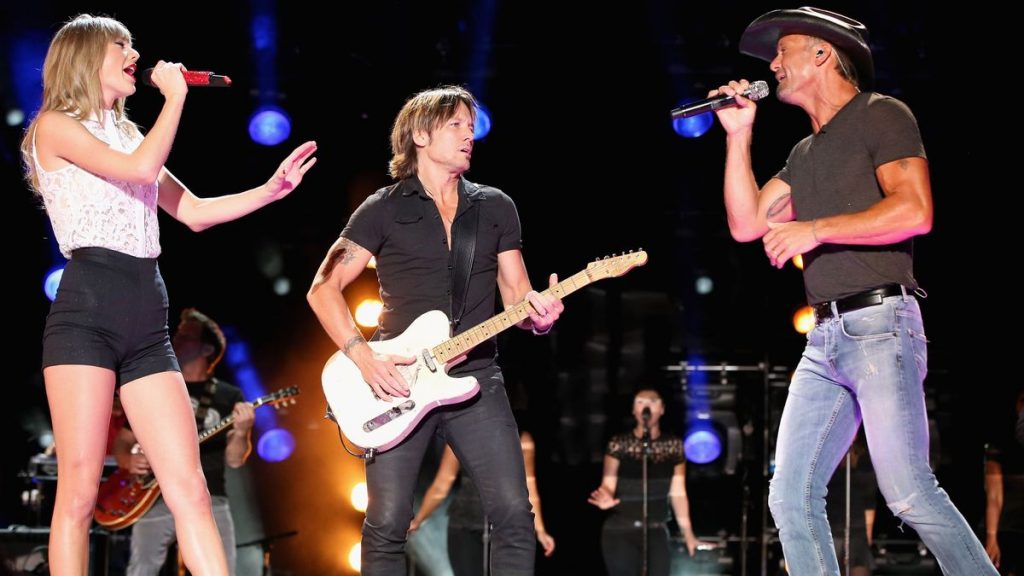 Almost eight years ago — long before collaborations were as commonplace as they are now — Tim McGraw released a song with Taylor Swift and Keith Urban. It was called “Highway Don’t Care,” off his Two Lanes of Freedom album. And now, he’s put it on another album — his new McGraw Machine Hits: 2013-2019 compilation — and is reflecting on how the whole thing came together in the first place.

“At first, I just wanted to go in and make a great record. Certainly I had Taylor in mind all along for doing the female part on that. I just thought she’d be perfect,” McGraw says in a new video series about McGraw Machine Hits: 2013-2019. “I never wanted to put any pressure on anybody and didn’t know if it would actually happen, but that was sort of my dream person to do that role. But firstly, I wanted to go in the studio before any of that could happen and make a great record. And a record that when you present it to another artist that you want to do a project with, you wanna give them something that’s great.

“Once Taylor decided she was gonna do it, then I really wanted Keith. Because I’m a huge fan of his playing, I’m a fan of his singing and just of the person he is as well.”

Enter Urban. “I sent it over to Keith,” he recalls, “and right away he sent it back and was very happy to play on it.”

Then McGraw and Urban and the producers had to have the Guitar Conversation.

“When I sent it over to him, and he laid his guitar track down on it, it blew me away. We had a really good guitar track already on there that I liked a lot,” he laughed, “and you don’t want to have to tell Keith Urban that you like the other track better.”

Ultimately, the song penned by Mark Irwin, Josh Kear, Brad Warren and Brett Warren, was a No. 1 hit. And after its 2013 release, it went on to collect awards like the CMA’s Musical Event of the Year, the ACM’s Video of the Year, BMI’s Country Awards Top 50 Songs and more.

“It really made it an iconic record,” McGraw adds. “With Taylor on there, which I think is one of her best vocal performances ever and Keith just blazing the guitar like he did, I think that took that record to a whole other level.”

After the release of the dramatic music video for the song, McGraw used the opportunity to join forces with Vanderbilt University Medical Center and Vanderbilt LifeFlight to raise awareness about the dangers of distracted driving.