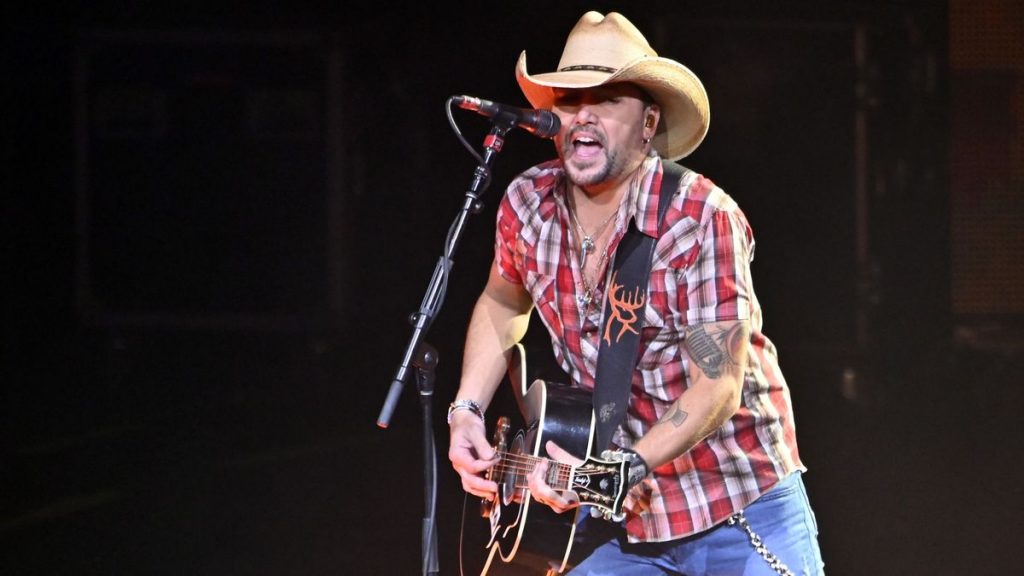 In some cases, sure, opposites attract. But when Jason Aldean shares the story behind his song “Champagne Town” off his album 9, it seems like there are some circumstances where they absolutely do not.

“I think ’Champagne Town’ is just that story of maybe somebody being with somebody that probably (is) a little out of your league,” Aldean shared on social media. “The song says it best: he’s whiskey and she’s champagne.’”

Before Aldean released the album, his ninth, obviously, he shared with me everything he’d learned from the eight that came before 9. And one of those lessons was that, when you’re firing on all cylinders, really cool songs come to you. And “Champagne Town” is the perfect example of that. It was penned by Matt Dragstrem and Josh Thompson, two of Nashville’s most prolific songwriters.

“Sometimes, it’s just like that in a relationship,” he added. “You know what I mean? You’re just two different people, man, and it doesn’t work out.

“You kind of find yourself sometimes stuck in something like that where it’s just like, ’This doesn’t make sense.’”

The next stop on Aldean’s We Back tour is on Saturday (Feb. 1) in Jacksonville, FL.