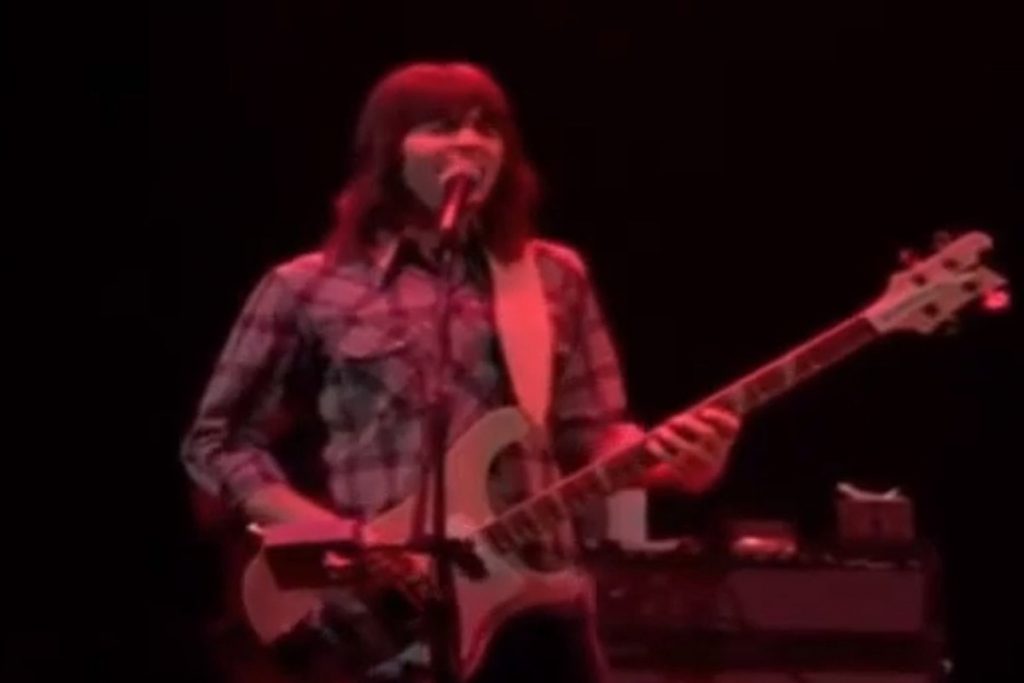 
The Eagles scored one of their most enduring all-time hits with “Take It to the Limit” in 1975, but the song’s success proved to be a double-edged sword, leading to bassist and singer Randy Meisner’s departure from the group.

Meisner co-wrote “Take It to the Limit” with Don Henley and Glenn Frey, and he sang lead vocals on the track, which the group released as the third single from their One of These Nights album. The song reached No. 8 on Billboard‘s Hot 100, and Meisner’s scorching falsetto screams during the song’s final choruses became a high point of the group’s live shows … so much so, in fact, that Meisner developed anxiety about performing the song live.

“They went crazy when Randy hit those high notes,” Henley said in 2013’s The History of the Eagles documentary. But while Henley and Frey were used to singing lead in front of massive audiences as the band’s two principals, Meisner was primarily a harmony singer in the group, and not confident about taking on a more prominent role.

“I was always kind of shy,” Meisner told Rolling Stone. “They wanted me to stand in the middle of the stage to sing ‘Take It to the Limit,’ but I liked to be out of the spotlight.”

Tensions in the band increased after the release of their career-altering album Hotel California in 1976. Its massive success kept the band on the road for longer stretches than ever before. Meisner’s marriage was falling apart, and he was falling victim to the various temptations of life on the road, which all impacted his health.

The situation came to a head at a concert in Knoxville, Tenn., in June of 1977, Meisner told Marc Eliot in his 2004 Eagles biography To the Limit: The Untold Story of the Eagles. The band had been on the road for 11 months, and Meisner felt that he had taken it to his personal limit.

“My ulcer was starting to act up, and I had a bad case of the flu as well. Still, we all sounded great onstage, the audience loved the show and we were being called back for another encore,” he recalled. “‘No way,’ I said. I was too sick, and generally fed up. I decided I wasn’t going back out.”

Frey was furious and called Meisner a “p—y,” and Meisner swung on him, which was followed by a scuffle between the bandmates. Security broke them up, but the altercation wasn’t over yet.

“After a few minutes they let go of Glenn but continued holding me,” Meisner said. “He grabbed a towel, wiped the sweat off his face, walked right up and threw it in mine.”

Meisner continued with the band until the end of the tour, but the situation was worse than ever.

“Those last days on the road were the worst. Nobody was talking to me or would hang out after shows or do anything,” Meisner recounted. “I was made an outcast of the band I’d helped start.”

Meisner left the Eagles at the end of the tour, the second original member to depart in two years since guitarist Bernie Leadon left in 1975. Timothy B. Schmit replaced him in the Eagles, who managed just one more studio album, 1979’s The Long Run, before they broke up.

Meisner would go on to a long career, releasing music as a solo artist and with a variety of groups, but remained estranged from the Eagles for years. He reunited with them on stage when the group were inducted into the Rock and Roll Hall of Fame in 1998, and he gave no hint of bitterness toward his former bandmates in speaking to Rolling Stone in 2008.

“You’re wasting your time thinking about that stuff,” he observed. “I got a great business manager. When he invests, you make money. I got my house paid off, my wife, two little chihuahuas and tomato plants that are five feet high right now. I’m happy as a clam.”

Meisner’s wife, Lana, died in an accidental shooting in their home in 2016, and his health has prevented him from performing in public for more than a decade, as alleged alcohol and mental health issues have resulted in a number of extended hospital stays. Vince Gill takes over for Meisner in the current lineup of the Eagles, singing lead on “Take It to the Limit” in their live shows.