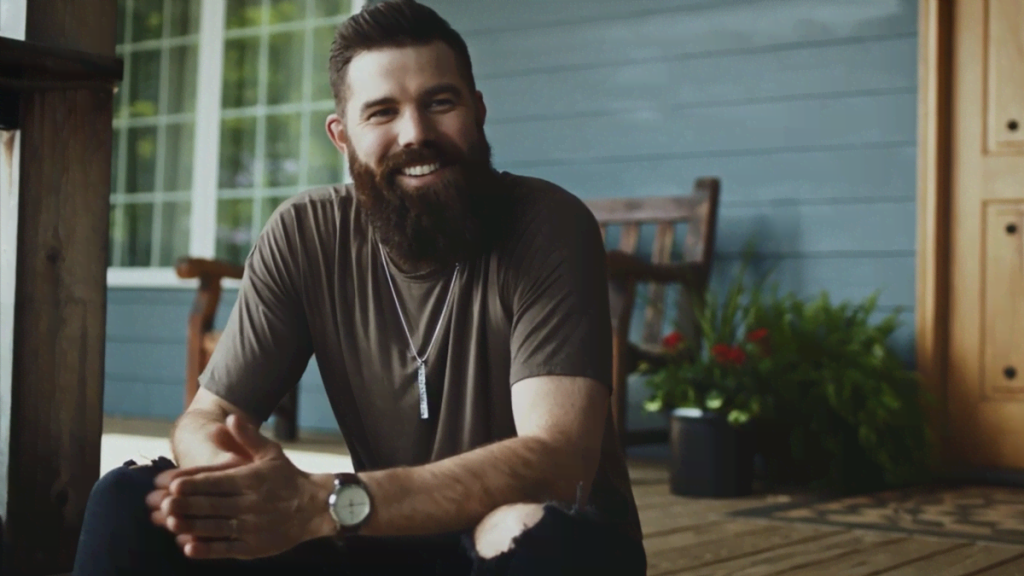 How Jordan Davis Made Bedtime Stories His Thing with Eloise

You’d think that anyone who makes their living as a country singer would automatically be assigned to lullaby duty once a baby comes along.

But Jordan Davis’ first order of fatherhood business is to read bedtime stories to his seven-week-old daughter Eloise. When we sat down to talk before his Chicago show on Jan. 11, Davis told me that that’s what he misses the most about being away from his baby girl: story time.

“Story time is my thing. It’s my time. After my wife gives Eloise a bath, just me and her and the dogs go upstairs and I read to her,” Davis told me, adding that the 1947 classic Goodnight Moon is one of their favorite bedtime books.

But now that Davis is off on his Trouble Town Tour, it’s hard on everyone to have him so far from home.

“My wife texted me last night saying, ’Eloise is missing her story time with you.’ And I was like, ’Come ON. I’m out on tour and I have a bottle of tequila in my hand and you’re telling me this,’” he laughed. “When I am home, most of the time I just stare at her and wonder how the hell I pulled this off. She’s such a blessing.” Davis does have an app on his phone called Nanit that allows him to not only see and hear Eloise in her crib, but talk to her. Think baby monitor, but on your smart phone and capable of two-way communication.

Davis and his wife Kristen welcomed the 8 lb. baby Eloise on Nov. 17 in Nashville. And as the new family of three was making their way home from the hospital, a song came on that made Davis come close to breaking down.

“The day we brought Eloise home, Jake Owen’s ’Made for You’ came on, and I just lost it. I just about had to pull over,” he admitted. “God. That song.”

The ballad is about finding the one you were made for, whether it’s your first love or your first born. It’s moving as hell, thanks to the pens of Benjy Davis, Joey Hyde and Neil Medley. Especially that last verse:

Davis’ next Trouble Town Tour stop is on Thursday (Jan. 16) in Springfield, IL.