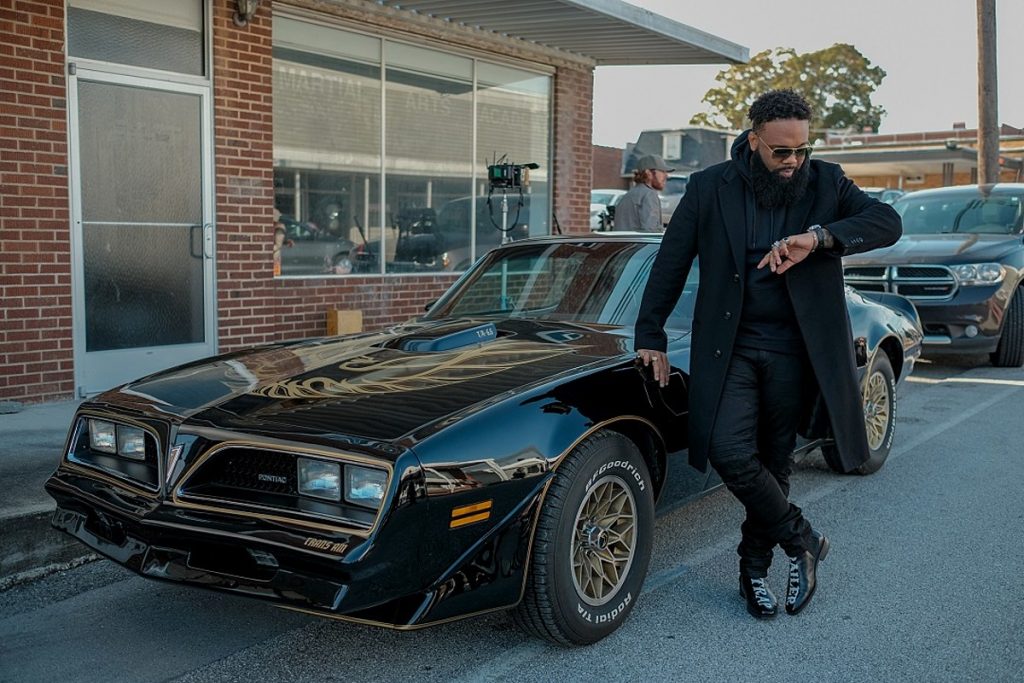 
Blanco Brown‘s newly released “CountryTime” music video finds the singer, rapper and producer caught up in a scheme that’s sure to end with dire consequences, only to choose a different path. The song itself, the lyrics of which reflect the video’s story, recently inspired the writer of a Netflix series with a similar theme.

Sarah Lampert, creator of the new Netflix original show Ginny & Georgia, heard “CountryTime” on a playlist “randomly,” she explains in a press release. “It immediately became Georgia’s song when I was writing,” she says of the track, referring to Georgia Miller, one of the show’s main characters.

Ginny & Georgia follows Miller and her 15-year-old daughter Virginia (“Ginny”), who move to New England for a fresh start. Says Lampert, “Georgia has to balance so many different things; she’s beautiful, brilliant, devious, loving, dangerous and funny. The song felt like that for me: It was a blend of all different styles and was so unique in tone but fun and energetic.”

Lampert shares that she’d play “CountryTime” for the show’s other writers, hoping to harness its “fun energy … with an edge of something else brewing under the surface.” The song was so integral, in fact, that it helps soundtrack the series’ first episode.

“It had that country flavor,” Lampert continues. “I love it, and that’s why it was put in that montage of Georgia in the pilot when we are first getting to know her.”

Says Brown, “To have a fellow creator be inspired by your work is an unbelievable feeling and makes me want to work harder … Like most things in life, our plans for this song and video didn’t go the way we originally thought, but I always felt there was something special about this song, and I’m incredibly grateful to be here to witness this moment.”

“CountryTime” appears on Brown’s 2019 album Honeysuckle & Lightning Bugs. In fact, it was originally planned as his first single to country radio, before he wrote and recorded “The Git Up,” which spawned a dance craze and spent 12 weeks at the top of the Billboard Hot Country Songs chart as his chosen debut release. The “CountryTime” music video dates back to that time: It was filmed in 2018.

Brown — who recently hit No. 1 at country radio with “Just the Way,” a collaboration with Parmalee — has been keeping a low profile since September, when he was involved in a life-threatening motorcycle crash. He underwent several lengthy surgeries and spent weeks in an Atlanta-area hospital, and though he’s now living on his own again, he’s still attending physical therapy multiple times each week.

Music-wise, Brown was sidelined by the pain of his injuries, but he’s now looking forward to a new single arriving in June and a “joyous” album this fall. It’s been a different studio experience, he says: “Still the smile and the laughs, but I can’t move and dance around and vibe to my own stuff.”

“I definitely feel like having another chance at life is God’s purpose for me and his will, so I can’t do nothing but keep on making great music that has a meaning,” Brown reflects. “The accident, it solidified that you’re here for this purpose: ‘Keep it going. Don’t stop what you’re doing. Don’t let this put a damper on what you do and how you shine and the joy you have. Just continue to be a blessing.'”

Country Stars Who Have Dealt With Unthinkable Tragedy: