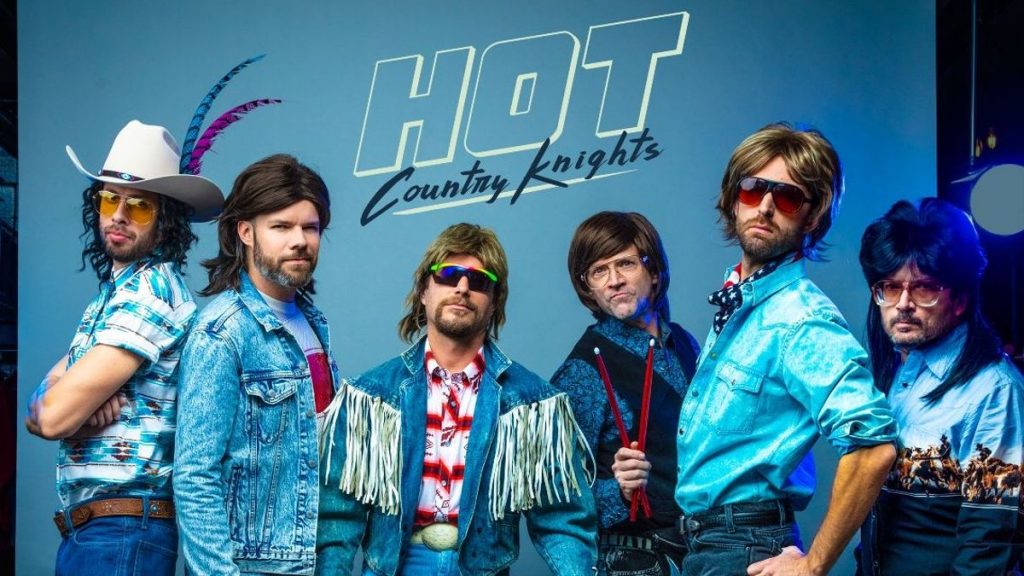 The Hot Country Knights could just play their gigs a few miles outside of Nashville, but there’s always a “but…” And this time, it’s because they’re hitting the asphalt for their 2020 One Knight Stand Tour, which launches April 7 in San Diego, California.

“The Knights started as a live band playing at a little place called Teasers on ’Two for Tuesdays,’ and they just couldn’t get enough of us down there in Murfreesboro. We’ve got a little money now, so Barry did some work on the van. We got a few little outstanding legal issues handled so we are free and clear to cross state lines again,” explained lead singer Doug Douglason (who bears a striking resemblance to Dierks Bentley in ’90s jeans). “Yeah baby, the Knights are riding again!”

Just days after introducing their radio single, “Pick Her Up,” Hot Country Knights will play the sweet “Asphalt” on Jimmy Kimmel Live! on Monday (February 3), marking their national television debut.