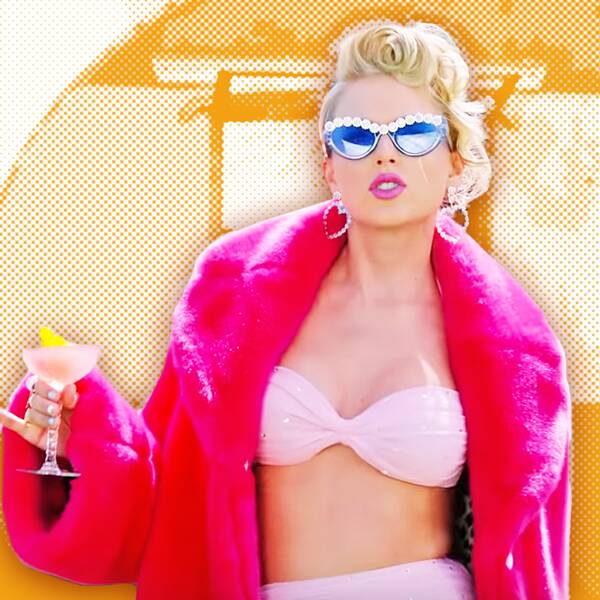 When Taylor Swift unveiled “You Need to Calm Down” as the second single from her seventh studio album, Lover, last June, anticipation was at a near-fever pitch.

Lead single “ME!” had keyed fans in to the new sound the superstar was exploring for the LP, her first to be released after departing Big Machine Records for a landmark deal with Universal Music Group that allowed for full ownership of her material for the first time in her career, and the buoyant, bright track stood in marked contrast to the darker sounds of its predecessor, 2017’s reputation.

The song, made with new collaborator Joel Little (best known for his work on Lorde‘s debut album Pure Heroine) and featuring Panic! at the Disco frontman Brandon Urie, had stalled at No. 2 on the Billboard Hot 100, kept from the pole position thanks to a little track called “Old Town Road” that dominated the chart for 19 consecutive weeks last year. And Swifties were hungry for more.

So when the track, also co-written and produced by Little, debuted on June 14, they gobbled it up, allowing for it to debut at No. 2. And as they listened, it became clear this wasn’t entirely business as usual.

Did she just reference GLAAD? Did she say “his” gown?

By the song’s second verse, the song had quickly turned from calling out her own haters (of which there had been a few over the years) to taking on those who make it their mission to torment the LGBTQ community on the daily.

“You just need to take several seats and then try to restore the peace/And control your urges to scream about all the people you hate,” she sang. “https://www.eonline.com/”Cause shade never made anybody less gay.”

It was one thing for Swift to lay bare her politics on social media, as she had months earlier as the 2018 midterms approached, but for the first time, she was taking a decidedly political stance in her music. That the track was released smack-dab in the middle of Pride Month on the 50th anniversary of the Stonewall uprising was no coincidence. The accompanying video, released three days later, drove that point home, what with its parade of LGBTQ celebrity cameos and urging of viewers to sign her Change.org petition for the U.S. Senate to pass the Equality Act. 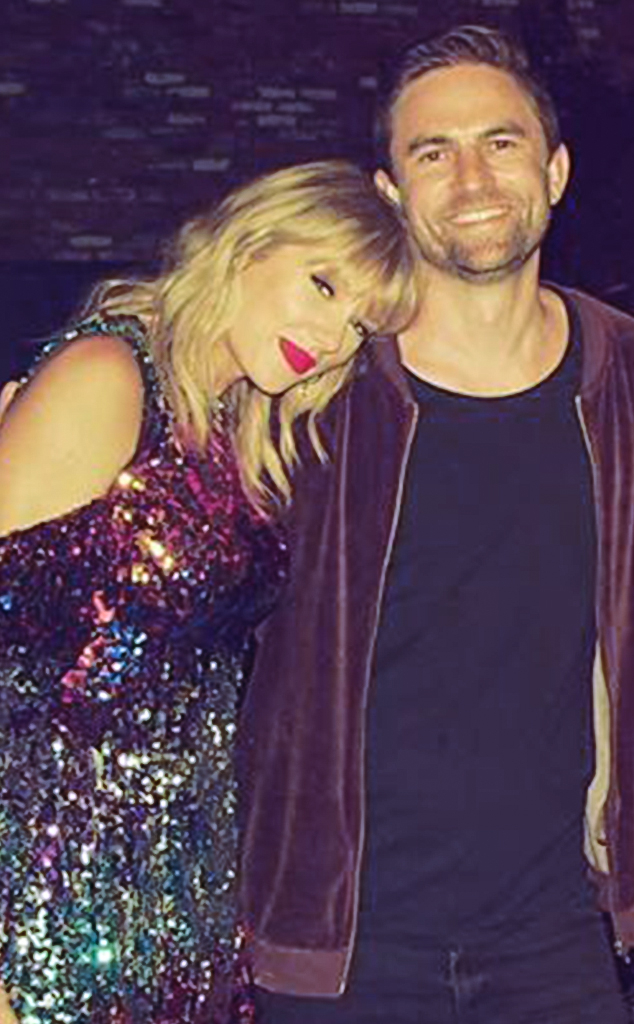 Swift’s newfound activism wasn’t lost on listeners, whether they were longtime fans or entering her orbit for the first time thanks to the showing of support. The song spent 12 consecutive weeks in the top 20, her longest duration since before reputation. It won her two MTV Video Music Awards, including Video of the Year and one American Music Award for Favorite Music Video. And it earned her one of a (shamefully low) three nominations at the 62nd Grammy Awards, taking place on Sunday, Jan. 26 in Los Angeles, for Best Pop Solo Performance. (Lover is up for Best Pop Vocal Album, while its title track scored a Song of the Year nod.)

As Little, who met Swift at a Broods concert before reconnecting while she was on tour in his native New Zealand, told E! News exclusively, the foray into music with a message was all the superstar’s doing.

“I’ve got to give her full credit for that,” he said. “That was all her and her voice and something that she felt was really important for her to say. I think, initially, she sent me a voice memo, just texted me a voice memo of her singing the chorus melody into her phone. Before we even got together, she’d come up with that melody. And so I immediately pulled the audio file into a Pro Tools session and started building the music around it so that by the time she got into the studio a lot of the idea was almost there already.”

As Little explained, striking the right tone for the track was of chief importance. “And she’s always great with direction in terms of the tone of things,” he said. “The fact that it is a bop and you can dance to it is really important because you don’t want a song like that to be, you know, too preachy or annoying. I think there’s a fine line there…I think it does a great job.”

While the song garnered much of its attention for its pro-LGBTQ message, by the time it hits its bridge, it finds Swift throwing her support behind all the women in pop music, letting the misogynists on Twitter know that they won’t be divided anymore. (That message was driven home in the video, as well, when she and Katy Perry put their feud behind them, at long last, for a hug while dressed as French fries and a hamburger, respectively.)

But as Little revealed, the bridge that we know and love almost wasn’t. “I think there was, originally, a different idea for the bridge,” he said without elaborating on what those initial plans were. “But I think it just lyrically felt like there was still something important to be said there. You know, having a bridge that just kind of fills in a little bit of space before you can get to that last chorus is all well and good, but it’s always nice that you can have it kind of be its own its own idea itself and have it stand on its own.”

“And so I think putting the time in to get that right was important and definitely kind of helps the song overall,” he continued. “You know, that’s the part where she’s bringing everybody together and saying ‘We’re all in this and we all deal with this and, you know, we’re gonna stick together,’ which I think is a great, great thing to say and an important thing to say.”

Despite the bridge taking time to get right, Little made clear that Swift’s approach to songwriting is, well, swift and in a league of its own. “I mean, she’s one of the all-time greats, for sure, when it comes to songwriting. She always comes in with ideas,” he told us. “It’s always—you can really hear in her songs that it’s her voice, melodically and lyrically, you know? Even if we miraculously managed to come up with something that can improve on what she already has, which can be quite rare because she’s so good already. I think that it’s just undeniably her every time, with every song that she does.”

As such, Little’s hesitant to take much credit for any of the Lover tracks he worked on, which also include “The Man” and “Miss Americana & the Heartbreak Prince.” The fact that three of the four happen to be the album’s most overtly political, he says, had nothing to do with him.

“I don’t know if I can take too much credit for that. You know, that was done over a period of time. They weren’t all done in the same—they were done in separate sessions over a few months. And so I guess it was just, you know, that’s was where she was at the time,” he told us. “I know that there’s things that she has felt strongly about for a long time. And I don’t know, maybe now, lyrically, she just felt like she was in the right place to say it in the way that she wanted and to do her thoughts justice in that way.”

“And then, you know, I think for me, I was able to help tell the story and the way that she wanted it to be told, sonically and whatever else,” he continued. “But it’s all her. I’m not in there going, ‘Hey, you should write a song about the state of America today.’ [Laughs] She’s the one that the idea. And, you know, I just helped her develop it.”

As for watching “You Need to Calm Down” become the cultural moment it was, and to see the rest of his contributions to the album be so warmly received, Little couldn’t be happier. “It’s just the best feeling in the world. We put a lot of time and effort into the songs and we make sure that we love them ourselves,” he said. “Because there’s no guarantee that songs are going to do amazingly well every time, you know? So it’s important that we’re releasing something that we’re proud of regardless.”

“But I think, especially with Taylor, you know that she’s going to come to the party with the craziest video every time. And that’s all her ideas. She’s co-directing the videos and coming up with the concepts. It’s just so fun. She’ll always tell me beforehand, ‘I’ve got this idea.’ Talk me through her pitch for the videos,” he continued. “So I was really excited to see those videos and they didn’t disappoint. Just having them come out and have the reaction that they did. When you’ve put in all that work, that’s kind of the ideal situation to have people love it as much as you do.”

No need to calm down here.