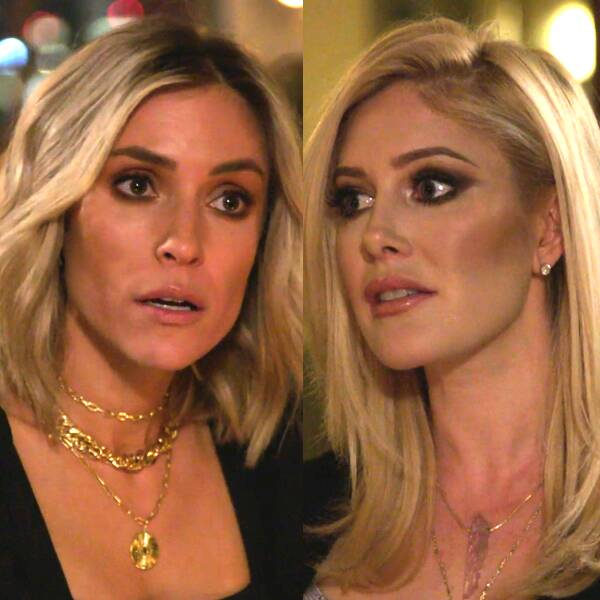 In this clip from Thursday’s all-new Very Cavallari, Kristin Cavallari grabs dinner with fellow The Hills alums Heidi Montag and Audrina Patridge. As this visit falls not long after Cavallari’s fall out from ex-BFF Kelly Henderson, the ladies find themselves bonding over shared girl drama.

“God, I feel bad you have all this girl drama here,” Patridge notes in the sneak peek above.

“It’s just weird because I’ve only ever known Nashville with Kelly,” the Uncommon James mogul laments to her longtime friends. “I’ve known her for seven years. It’s a long time and she was my best friend.”

As Jay Cutler‘s wife details to Montag and Patridge, she first started noticing a change in Henderson at the end of season two. Apparently, Henderson told Cavallari’s friend Justin Anderson that she was “doing the show as a favor.”

Since the Velvet’s Edge founder has gotten a lot out of the show, Cavallari claims that “nothing really adds up” regarding Henderson’s issues.

“Cameras and a little bit of fame, it brings people’s true colors out,” Patridge adds. She then notes to Montag, “You kind of went through that with Lauren.”

Of course, Patridge is referring to Montag’s falling out with former Hills leading lady, Lauren Conrad. As E! readers surely recall, the once gal pals infamously feuded on the MTV reality show. Why? Over ongoing drama with Montag’s now-husband, Spencer Pratt.

Per The Hills: New Beginnings star, she called Lauren’s bluff and declared at the time, “Then, I’m off the show!”

“It’s hard when you lose your best friend,” Montag empathizes with Cavallari. “That is such a deep blow.”

For more of Kristin, Heidi and Audrina’s reunion, be sure to catch Thursday’s all-new episode!