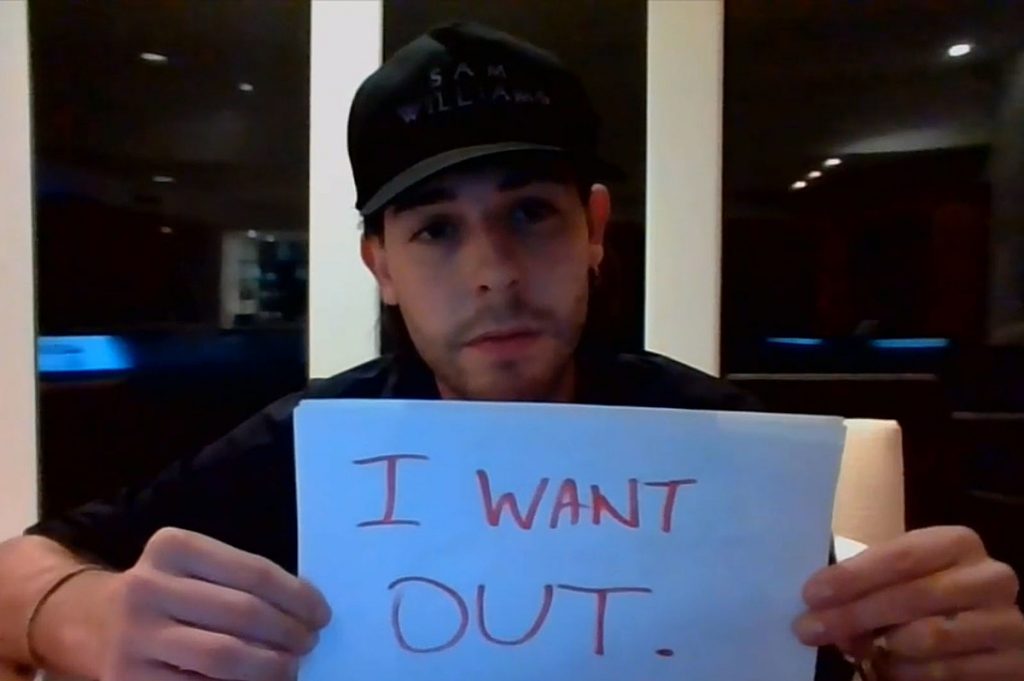 
Sam Williams, the son of country legend Hank Williams Jr., turned to social media to post a plea to be released from what he says is a conservatorship his famous father and sister placed him in more than a  year ago.

As TMZ reports, Williams — himself a singer whose credits include working with Dolly Parton and Keith Urban — turned to YouTube to post a since-deleted video in which he silently help up a series of signs laying out what he alleged is a situation in which his father and sister, Holly Williams, have hired a lawyer to take over control of his finances and other aspects of his life, ending with a sign that simply says, “I want out.”

Williams claims his family members “abruptly” placed him in a conservatorship 18 months ago, 55 days after his other sister, Katherine “Katie” Williams-Dunning, died in a car accident on June 13, 2020, at the age of 27.

The 24-year-old musician added a caption to his video, writing, “I’ve been quiet a long time now. I want out of this, and I don’t mind people knowing. They took my grief process, my spirit, my money, my car, my home, and everything possible in order to ‘protect me.’ Well, I need protection from them.”

TMZ’s attempts to reach Hank Williams Jr. and Holly Williams for official comment had gone unanswered at the time of publication. The celebrity gossip site has obtained court documents confirming that the elder Williams filed a petition for an emergency conservatorship on Sam Williams’ behalf in August of 2020. It’s unclear if that conservatorship is still ongoing.

Sam Williams most recently appeared with his father in public in November of 2021, when he was on hand at his induction into the Country Music Hall of Fame in Nashville. He released his debut album, Glasshouse Children, in August of 2020. The project features collaborations with Parton and Urban.

Sam Williams has posted on Twitter several times in February, once in a series of one-word tweets spelling out “I am in a conservatorship,” and another in response to a Twitter user pointing out that Britney Spears is now free from her conservatorship after a long and controversial battle with her family.

He also posted the link to his YouTube video before it was set to private.

Neither Hank Williams Jr. nor Holly Williams has commented on Sam Williams’ allegations via social media.

Hank Williams Jr, Marty Stuart and Dean Dillon are welcomed into the Country Music Hall of Fame in Nashville on Sunday, Nov. 21, 2021.