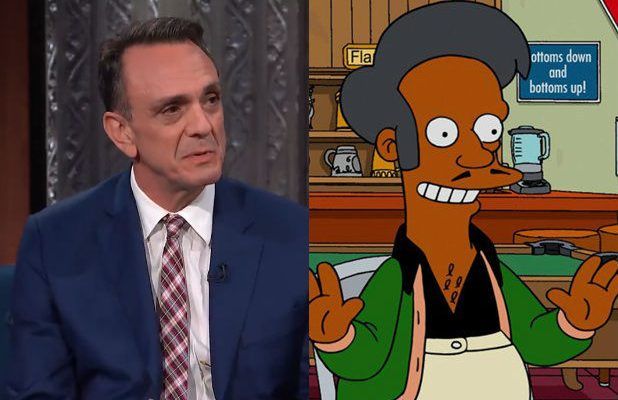 Hank Azaria has confirmed once and for all that he won’t be doing the voice of Indian American convenience-store proprietor Apu Nahasapeemapetilon anymore on “The Simpsons.”

“I won’t be doing the voice anymore, that’s all we know. Unless there’s some way to transition it or something,” the “Brockmire” actor told reporters after the panel for his IFC series Thursday at the Television Critics Association Winter Press Tour.

“What they’re going to do with the character is their call, it’s up to them, they haven’t sorted that out yet,” Azaria said of “The Simpsons” team. “All we agreed on is that I won’t do the voice anymore. We all had made the decision together, we all feel it was the right thing and good about it,” he continued.

Also Read: Hank Azaria on Future of ‘Brockmire’: ‘I Bet We Find Some Other Life for It’

The character has long been a flashpoint for critics who see negative stereotypes given Apu’s very thick accent and his job running a convenience store. The fact that the character is voiced by Azaria, who is white, only fanned the flames — even leading to a 2017 documentary, “The Problem With Apu.”

The actor spoke about the character on “The Late Show with Stephen Colbert” in 2018, and an episode of “The Simpsons” that year tried — and failed — to quell criticism of the character.

At the time, Azaria said he was willing to step down from the role to make things right. “My eyes have been opened,” he said on “Colbert.” “I think the most important thing is we have to listen to South Asian people, Indian people in this country when they talk about what they feel, how they think about this character, and what their American experience of it [is].”