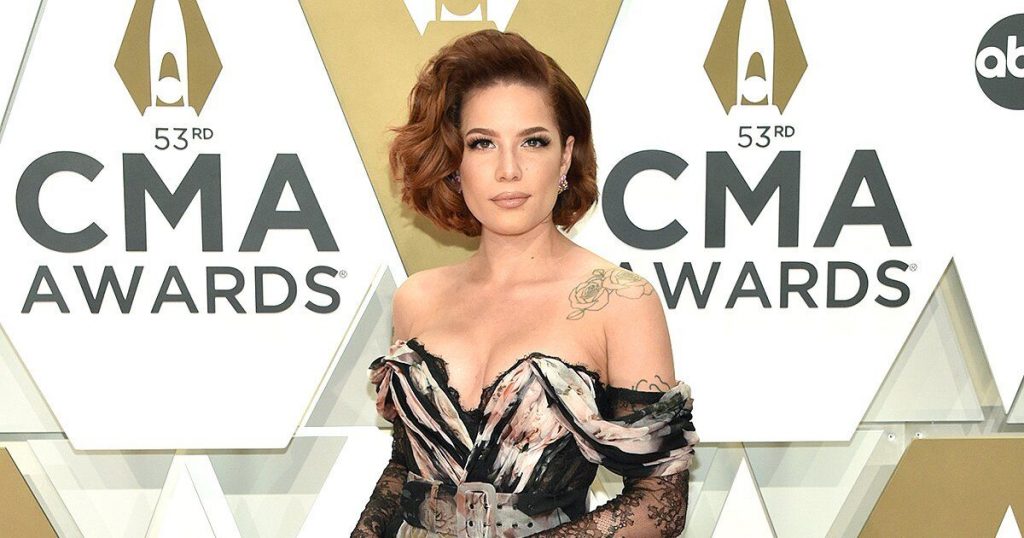 
Halsey is walking back an inadvertent joke about the World Trade Center.

On Thursday, the musician responded to a negative Pitchfork review of her new album Manic that gave the record a 6.5 out of 10. The outlet also said “some of the album’s most compelling moments are overpowered by the tedium of modern pop” and criticized the songs that sounded like “amorphous, chameleonic pop I’ve come to associate with sitting miserably in the backseat of a Lyft.”

In a since-deleted tweet, according to Pop Crave, Halsey wrote, “Can the basement that they run P*tchfork out of just collapse already.”

The offices of Pitchfork, an online music magazine, are located in One World Trade Center in New York City. The building was built after the terrorist attack on the Twin Towers on Sept. 11, 2001.

Halsey’s joke quickly prompted responses from her followers, including a tweet from reporter Ben Kesslen, who joked, “Losing my mind thinking about the person on Halsey’s team who had to tell her she just called for the collapse of One World Trade.”

.@Halsey clarifies her Pitchfork tweet, says it was a misunderstanding:

“was just trying to make a joke! Intended zero harm. Just figured I could poke at them back with the same aloof passive aggression they poke at artists with! Clearly a misunderstanding ❤️” pic.twitter.com/vgdv9IGSMV

The 25-year-old reportedly responded to Kesslen’s joke in another since-deleted tweet, writing, “ABSOLUTELY deleted it upon realizing this. was just trying to make a joke! Intended zero harm. Just figured I could poke at them back with the same aloof passive aggression they poke at artists with! Clearly a misunderstanding ❤️.”

Though both of her original tweets have been deleted, Halsey posted another message on Thursday that appeared to address the situation and simply read: “click bait garbage.”

RELATED: Halsey Shares the Sweet Reason Why She Included a Voicemail from John Mayer on Her New Album

Halsey’s new album Manic was released on Jan. 17 and is filled with star-studded cameos, including a surprise appearance by her good friend John Mayer.

At the end of the track “3am,” a song that chronicles some of the doubts and insecurities that follow a night of drinking, the singer included an actual voicemail she received from 42-year-old musician.

“Your best song is the song that’s currently on the radio. How many people can say that? That their best song was the one that’s currently about to be a massive hit. It’s already a hit,” Mayer says in the message, without any reference to the specific track. “It’s just gonna get more massive. How many people can say it? Not very many. Congratulations!”

RELATED: Halsey Wishes Boyfriend Evan Peters a Happy Birthday: ‘I Can’t Imagine a World Without You in It’

In response to a fan who asked who the male voice was, Halsey replied, “It’s @JohnMayer ! Haha,” before going on to share that the voicemail was left following the success of her 2018 song “Without Me,” which reached No. 1 on the Billboard Hot 100.

“He predicted the success of without me before I had faith in myself,” she explained.